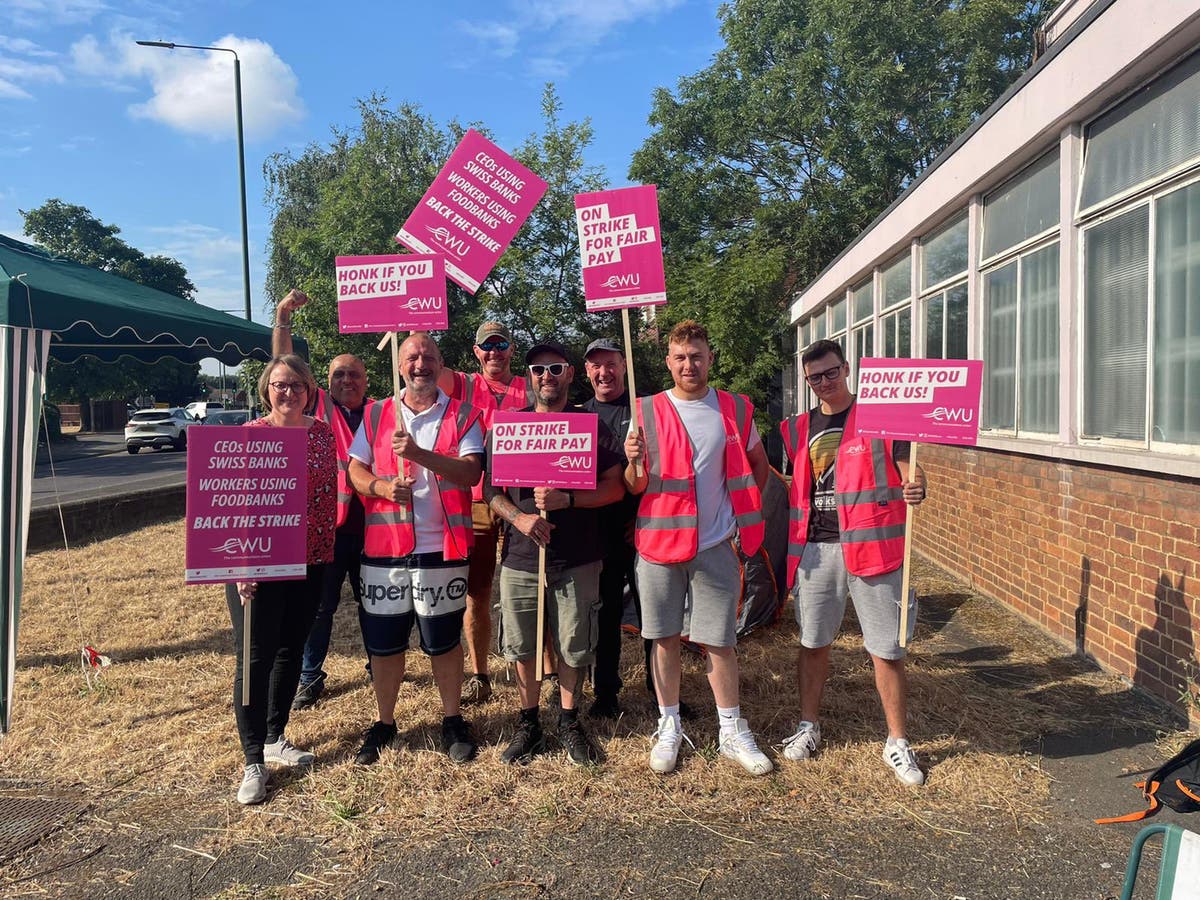 Tens of thousands of BT and Openreach employees are on strike over wage disputes.

The CWU said it was the first nationwide telecoms strike since 1987 and the largest strike ever involving call center workers.

The strike involves over 30,000 engineers who maintain much of the UK’s digital infrastructure. Around 9,000 call center workers will also take part.

Another strike will take place on Monday after union members voted to take industrial action in protest at a £1,500 pay rise.

There are pickets in places across the country including Hastings, Doncaster and Glasgow.

BT on Thursday announced its first revenue growth in five years as the telecoms giant benefited from price increases for customers earlier this year.

The group said it was also boosted by more people signing up for fiber broadband and strong trade in its Openreach network business.

BT told shareholders that revenue was up 1 per cent to £5.1 billion in the three months to June 30.

Dave Ward, CWU general secretary, said: “The announcement of hundreds of millions of pounds in profits on the eve of the first nationwide strike since 1987 smacks of arrogance and utter contempt for workers on the front lines.

“This dispute is at the feet of CEO Philip Jansen. He stands for everything that needs to change in British big business.

“This is one of the worst examples of corporate greed that people in Britain are so sick of today.

“BT Group workers will never accept their bosses using Swiss banks while they use food banks. They deserve a reasonable raise, as do all workers.”

A spokesman for BT Group said: “Earlier this year we were in extensive discussions with the CWU which lasted two months and made great efforts to reach an agreement on pay.

“When it became clear that we would not reach an agreement, we decided to notify our team members and frontline colleagues, effective January 1, 2020.

“We have confirmed to the CWU that we will not be reopening the 2022 salary review, having already received the best possible award.

“We are balancing the complex and competing needs of our stakeholders and this includes one-off investments to upgrade the country’s broadband and mobile networks, which are vital to the UK economy and the future of BT Group – including our people.

“While we respect the strike decision of our colleagues who are CWU members, we will work to minimize disruption and keep our customers and the country connected.

“We have tried and tested processes in place for large-scale employee absences to minimize disruption to our customers, and these have proven effective during the pandemic.”