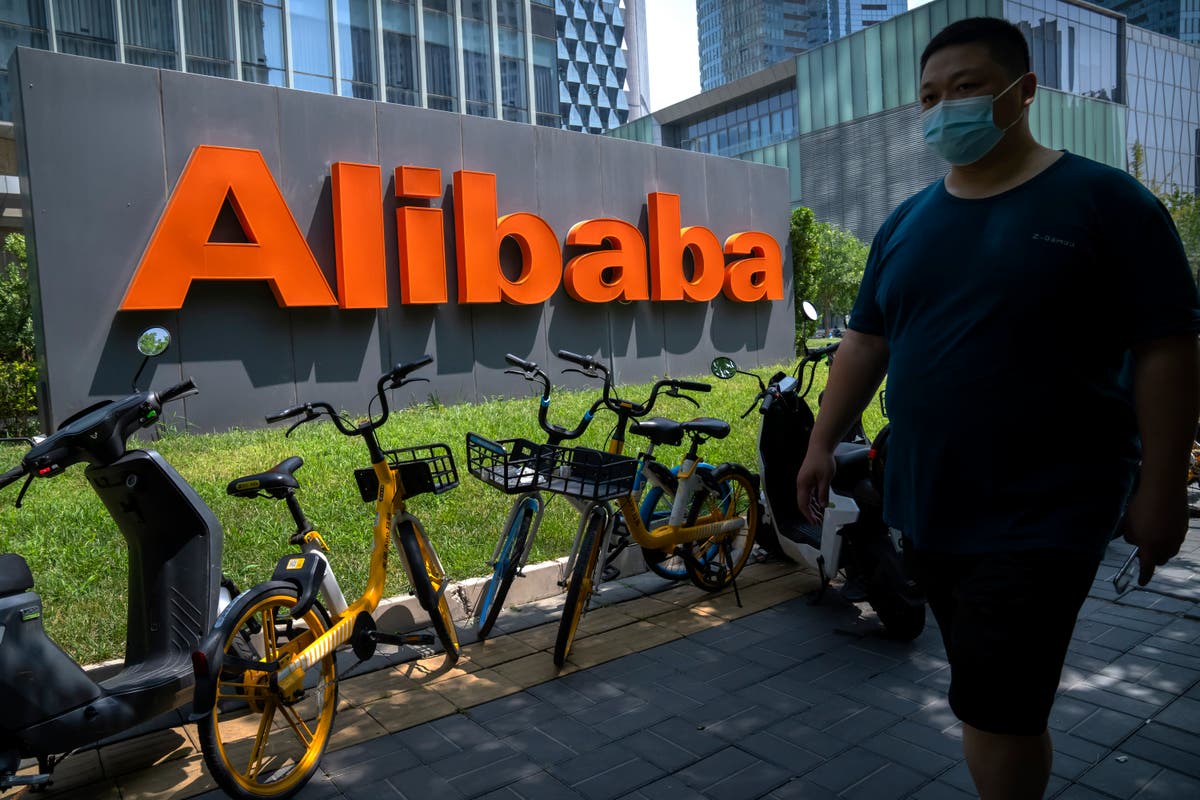 Alibaba reported record sales during its annual event on Singles Day, an unofficial holiday in China when the e-commerce giant holds an 11-day shopping event believed to be the largest in the world.

The company said its total gross sales reached 540.3 billion yuan (63 billion pounds) for the first eleven days of November when the event took place. That was around 14 percent more than in the previous year.

Alibaba said nearly 400 brands, including Apple and L’Oreal, had sales each in excess of 94 million yuan (£ 11 million) as of Thursday lunchtime.

The numbers come after subdued sales forecasts were forecast for this year as overall consumption in China has declined.

Asia’s largest economy is grappling with supply shortages, an ongoing energy crisis, and government crackdowns in sectors such as infrastructure and technology that have also affected Alibaba.

The extravagant sales festival during Singles Day was launched by Alibaba in 2009 and became the world’s largest online sales festival, surpassing Cyber ​​Monday in the USA.

The company has its best deals on a range of products over two sale periods, the first one on November 1-3 and the next on November 11th.

The festival is closely watched as an indicator of consumer appetite in China and is considered to be one of the indicators of the performance of the online shopping giant.

Given the pandemic and a difficult period the company has been through, this year’s record sales are a positive sign.

The festival, which usually attracts a lot of attention every year, has been toned down in its advertising this time due to strict government guidelines.

Alibaba, on the other hand, announced its social initiatives before the sale.

The e-commerce giant has had a tumultuous time after founder Jack Ma criticized China’s regulatory framework.

A string of raids, including a hefty £ 1.4 billion fine for monopoly behavior, forced Ma to disappear from public view. However, the company is rebuilding its ties with the government and the business tycoon was spotted at meetings recently.