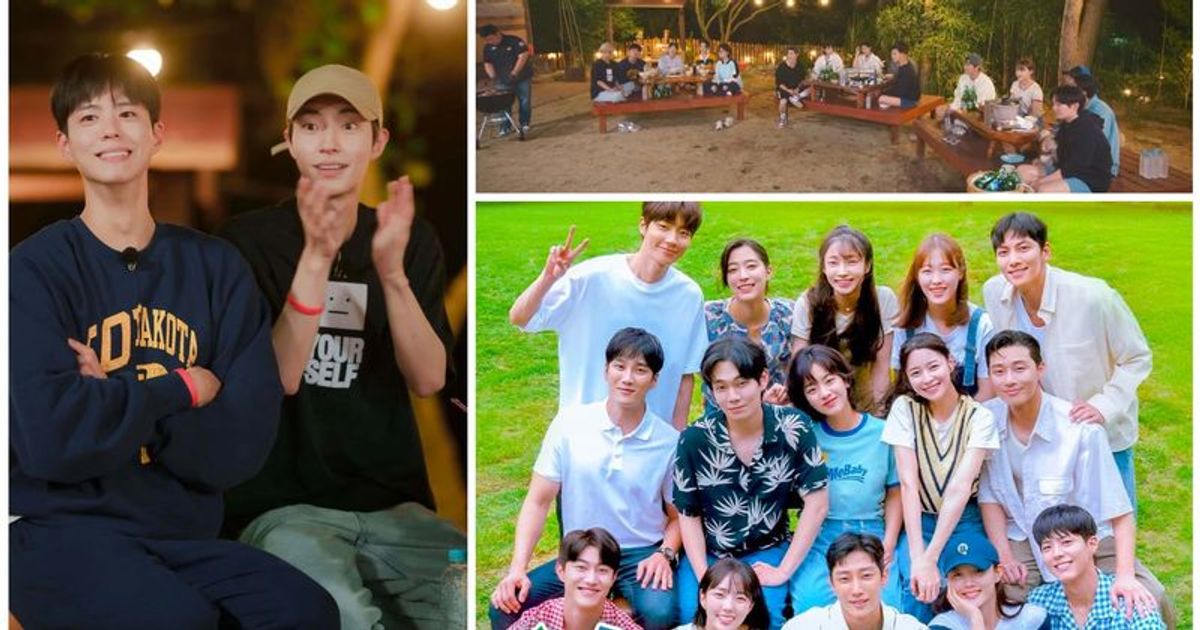 SEOUL, SOUTH KOREA: When it was announced that Network TVING would host an acting retreat and air it as an entertaining eight-episode variety show, fans were ecstatic to say the least. That excitement among fans only grew, however, when it was announced that variety show Youth MT, aka Young Actors’ Retreat, will feature the leads from three of the hugely popular K-Dramas of recent years. With the show premiering on September 9th with its first two episodes and a third episode for the variety show being released on September 16th, there is a lot more chatter about the variety show as fans rave about two popular, young actors swoon – Park Bo -Gum and Hwang In-yeop (In-youup).

The variety show Youth MT features most of the leads from the 2016 K-drama Love In The Moonlight, the 2020 hit Itaewon Class, and the 2022 Netflix show The Sound of Magic. . Big names like Park Seo-joon, Ji Chang-wook, Park Bo-gum, Ahn Bo-hyun, Kim Yoo-jung, Hwang In-yeop, Chae Soo-bin and Kwon Na-ra, among others. These actors appear as regular cast members on the show, and fans claim that the actors’ hilarious interactions had healing properties for all the troubles in the world. The fourth episode of “Youth MT” will premiere next Friday, September 23 at 4:00 p.m. KST (3:00 p.m. ET).

APAN Star Awards 2022: Air Date, Nominees, Where to Watch & All About the K-Drama Awards Ceremony

How to watch Off The Grid: Jinyoung? GOT7 member stars in Discovery Channel’s road movie series

After all the actors were split into three teams led by Kim Yoo-jung, Park Seo-joon, and Ji Chang-wook in the first episode, the cast played a game of hide-and-seek in which the leaders were tasked with finding their teammates who hiding in different places related to the filming locations of their own dramas. Next, the actors arrive at the base camp in Boryeong. Then the members are shuffled and the teams regrouped into three different teams – Team Red led by Kim Yoo-jung, Team Yellow led by Park Seo-joon, and Team Blue led by Ji Chang-wook.

The three teams compete in matches, with the prize being that evening’s dinner. The third episode continued where they left off in the last episode. This time, Team Red took center stage in the episode, and the interactions between actors Park Bo-gum, Kim Yoo-jung, and Hwang In-youp left fans swooning. Here are some swooning moments from Episode 3 of Youth MT.

In-youup as the scaredy-cat in the ghost story task