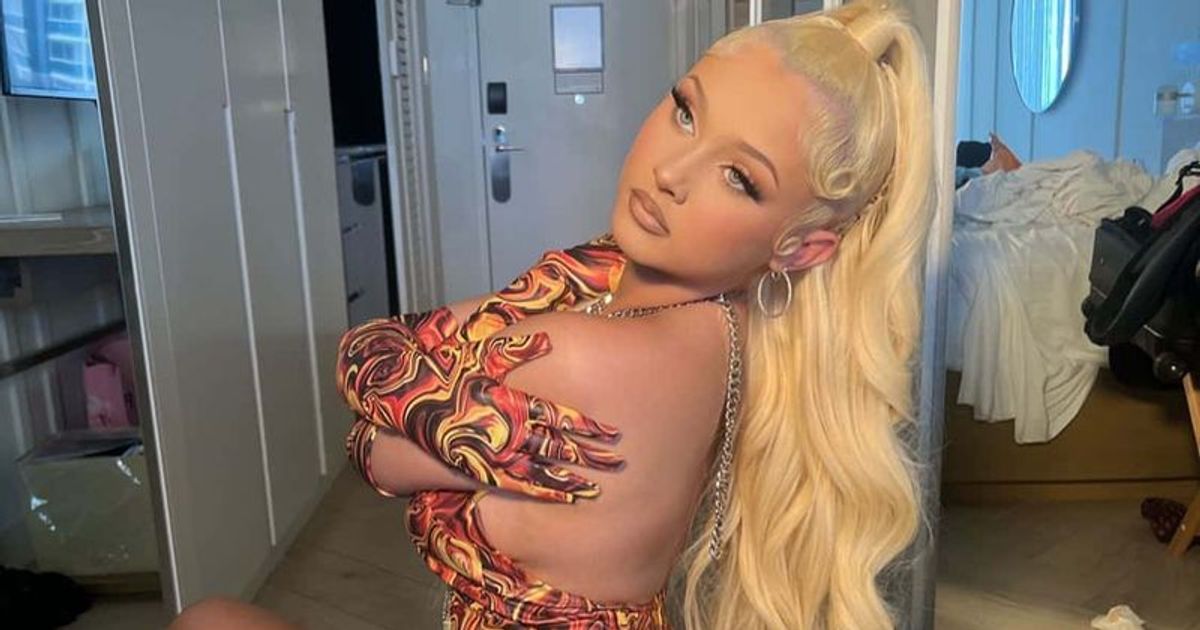 She posted a picture on her Instagram story holding a controller while playing a game on a flat screen TV. The social media star captioned it with a crying face emoji: “I’m so raw y’all don’t even understand I’m getting around fk and start streaming.” The 16-year-old has for the past few weeks, since her Father Travis Barker was hospitalized with pancreatitis, posted some disturbing captions.

Alabama Barker, the daughter of Travis Barker, has been acting a little strange on social media lately. Her captions are causing concern among fans, and her late-night story on July 21 was no different.

In June, she posted a picture of her father on his sickbed, deleted it shortly after, and urged all her followers to “say a prayer” for him. In her latest post on Instagram, she can be seen in a tight black dress with multiple slits, standing in the backyard of her bungalow. It read, “I hTe bein alone.” Several other captions like “How you don’t like me but tryna do everything like me, see that is what gots me” and “F33l lik3 Dyin” made it onto her page and the Fans can’t help but wonder if she’s okay.

However, the TikTok star has brought a different vibe to this platform. She seems to be dancing her hours and posting fun content in the short clips she uploads to the popular app.

In one of her most recent TikToks, she let go of the heavy makeup she usually wears on her face and introduced a mystery man as her boyfriend while they casually shop. Not only was the video wholesome, but it also showcased Alabama’s natural side, leading fans to urge her to ditch the makeup and post more pictures of her natural self. They called her “naturally beautiful” and asked her to “bare her face more often.”

However, her benevolent fans are now concerned about her sadness. Some told her they hoped she knew she was “not alone.” Meanwhile, others attributed her seemingly negative captions to her “growing up too fast” and not enjoying life as a normal 16-year-old. Someone wrote, “You shouldn’t be alone,” adding how hard it was to find someone.

Some fans had her back and asked those who made such comments to back off. 5 o’clock lives and late night early morning stories with subtitles that seem very personal and annoying have become almost constant on her site.

Earlier this month, clad in a dazzling bright red gown, she wrote – referencing a Toosii song – “I was sick of people using me. Be loyal or you’ll lose me. you had an option It wasn’t you, you choose me. And they say, “It takes time to get where you want,” but they’re not kidding me. (New interior. Change the leather. Thought you’d look better on me.) And they say it takes time.” Fans can only hope her dad gets fit to fight, and maybe Alabama gets back to her sprightly self on Instagram .