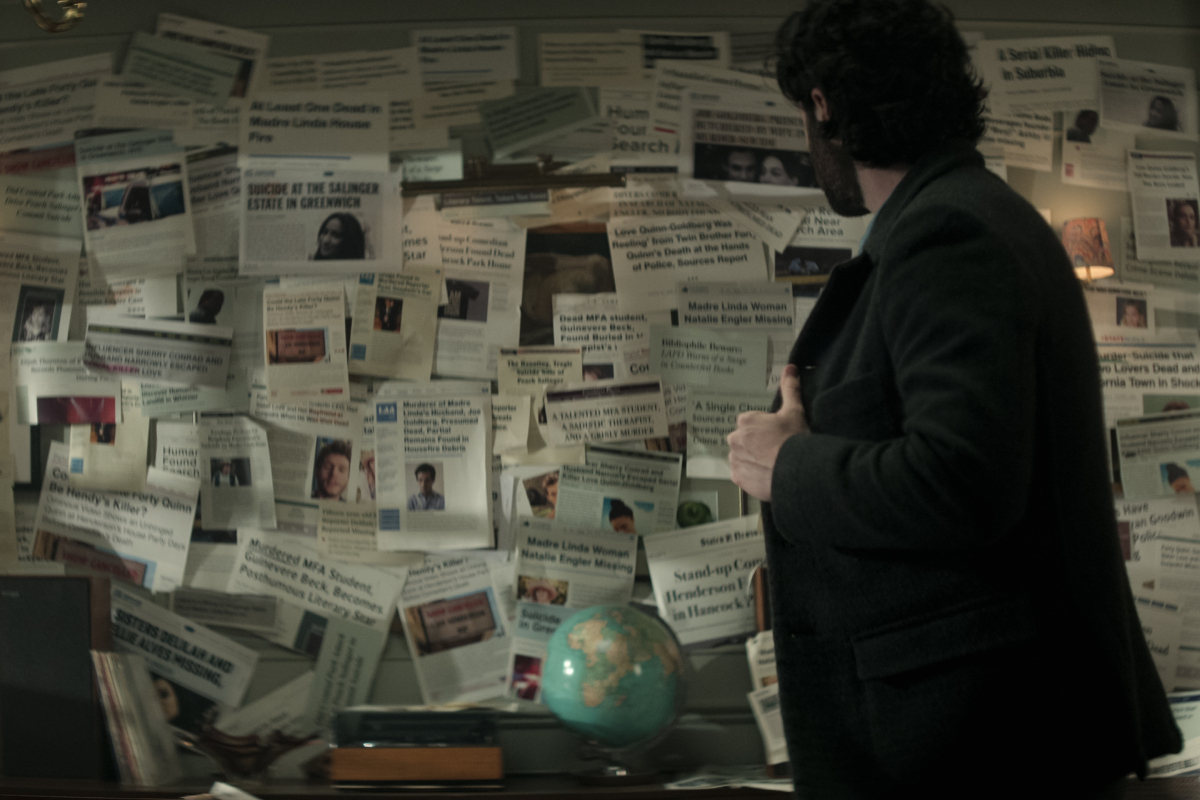 In You In season 4, Joe Goldberg finds himself more of a prey than a hunter. This time, Joe is the target of an anonymous figure who seems to know a lot about his hidden past. In one scene from the trailer, Joe finds a wall covered in newspaper clippings describing his past life.

Joe Goldberg leaves his old life behind You Season 4. In the Season 3 finale, his wife Love Quinn tried to kill him, but Joe managed to outsmart her. He stabbed Love with a syringe full of aconite, wrote a fake suicide note in which she confessed to the murders that afflicted Madre Linda, and then burned down her house with Love inside.

Joe then left his son Henry in the care of his colleague Dante and fled to France to find Marienne. The trailer for You Season 4 shows him living in London under the name of Professor Jonathan Moore. Joe teaches at a university and befriends a group of wealthy celebrities. Everything seems like a comfortable vacation in Europe until a mysterious figure threatens to reveal Joe’s past.

In You Season 4, a series of murders plagues the rich and elite of London. At the same time, Joe receives mysterious text messages from someone who seems to know his true identity. In one scene, Joe walks into a room full of newspaper clippings about people from his past.

“Hello Joe. Do I have your attention now?” The mysterious figure texts him. The clippings appear to describe all of the “suspicious” deaths related to Joe’s past life. One reads “Suicide at the Salinger Estate in Greenwich” and points in Image of Peach that Joe filmed in Season 1.

Another partial caption can be seen, which reads, “Dead MFA student Guinevere Beck found buried.” Beck, of course, was Joe’s obsession in Season 1, whom he killed. Joe has Beck’s therapist, Dr. Framed Nicky for the murder.

Another clip describes Love Quinn as a “serial killer,” and the press isn’t wrong. Finally, there are stories about Love’s twin brother, Forty, who was killed by the police after trying to shoot Joe. An article speculates that Forty may have murdered comedian Henderson.

Interestingly, a clip at the bottom of the screen reads, “Sisters Delilah and Ellie Alves are missing.” Love killed Delilah in Season 2 and hid her body, though she never told Joe the location she chose. At the end of the season, Joe told Ellie to run away so she doesn’t end up in foster care. He has promised to send money to Ellie, but will he be able to do that now that he has a new life in London?

Calls grow for accountability, reform from LAPD after death of teacher who was shocked with Taser

Calls grow for accountability, reform from LAPD after death of teacher who was shocked with Taser