“You light up my world”: Maria Shriver’s touching post as she meets ex Arnold Schwarzenegger for son Patrick’s birthday 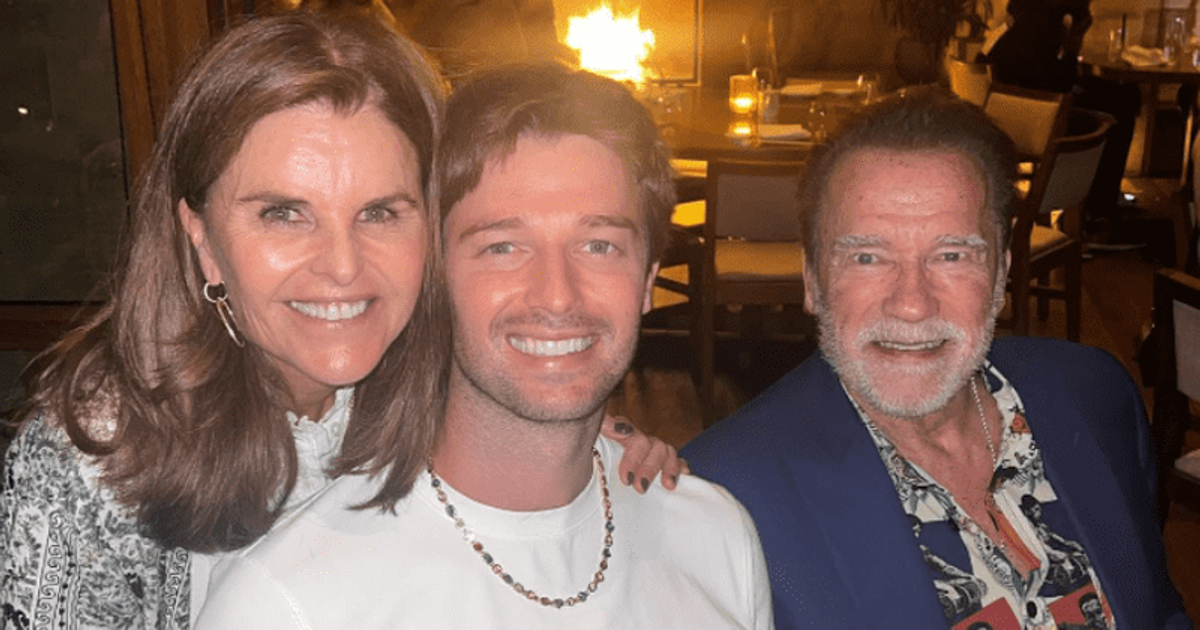 Arnold Schwarzenegger and his ex-wife Maria Shriver reunited for their son Patrick’s birthday on Monday, September 19. Patrick, who turned 29 on September 19, posed with his celebrity parents for a sweet family photo. In the photo, the ‘Terminator’ actor and his ex-wife were seen smiling while Patrick held up a dessert with a Happy Birthday sign.

In the picture with his son, Arnold wore a blue button-down jacket with an ornate pattern on it and rocked a beard. Maria looked stunning in a black and white floral print dress. Patrick shared a smile with his parents while dressing simply in a white t-shirt, green pinstripe pants and a pearl necklace. He also posted a few more pictures from his 29th birthday party, which he was joined by his friends. He captioned the Instagram post: “Thx for the birthday wishes! 29! Crazy! Time goes by.”

Arnold and Maria got back together over a year after their divorce officially finalized in December 2021, 10 years after their initial breakup. The couple announced their split in May 2011, having married in 1986. In addition to Patrick, the former partners have three other children together, Katherine, 32; Christian, 31; and Christopher, 24. The former couple have been united as a family since their split. They celebrated Arnold’s birthday together in 2020, with Shriver smiling alongside her ex and children in a photo on Instagram.

According to PEOPLE, Shriver and Arnold said in a statement in May when announcing their split, “This has been a time of great personal and professional change for each of us. “We made this decision together. We are currently living apart while we work out the future of our relationship. We will continue to raise our four children together. They are the light and focus of both of our lives.”