‘Worst actor ever’: Amber Heard is accused of faking it while standing as sleuths say there were no tears 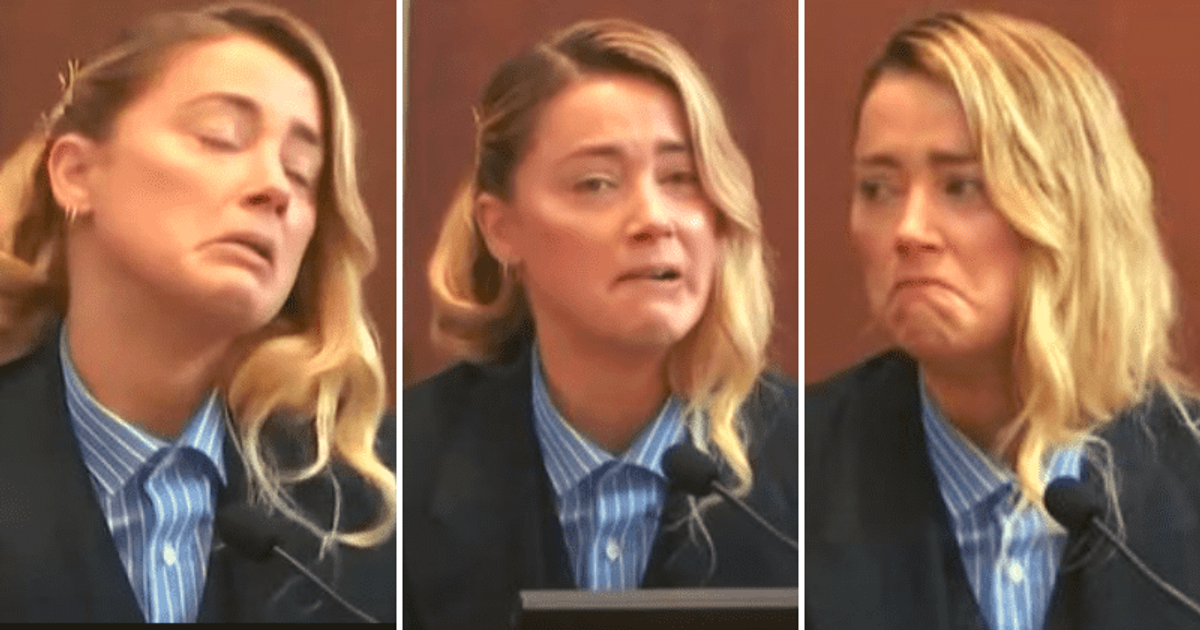 Heard first took the stand as a witness in her ex-husband Johnny Depp’s high-profile libel case on Wednesday, May 4

Amber Heard took the stand on Wednesday, May 4, when she testified that her ex-husband Johnny Depp physically abused her, including multiple slaps in the face and “caving” her body for drugs. However, many were unconvinced by the actress’ testimony, accusing her of faking tears in the Virginia courtroom.

Heard has testified for the first time in the high-profile defamation case brought by Depp. She said they had a “magical” relationship until it became violent. Depp, 58, is suing Heard, 36, for $50 million, alleging she defamed him when she claimed to be a victim of domestic violence in a comment she penned in 2018. Heard has filed a $100 million countersuit and alleges Depp is running a smear campaign against her.

Heard said Depp’s first physical outburst came after she asked him what one of his faded tattoos read. When he said “Wino,” referring to former flame Winona Ryder, Heard laughed, thinking it was a joke. “He punched me in the face,” she said. “I didn’t know what was going on. I just stared at him.” It’s worth noting that Depp has previously testified that he never hit Heard and that she was in fact the perpetrator in the relationship.

Heard, who cried at various intervals and spoke calmly, said she stayed with Depp because she wanted to believe his apologies and assurances that he would never hit her. However, she accused Depp of assaulting her “a number of times” when he was under the influence of drugs or alcohol. Heard recounted an incident in May 2013 when Depp allegedly ripped her dress, ripped off her underwear, and shoved his fingers “inside” her. “He’s conducting a cavity search,” she said in court. “He’s looking for his drugs, his cocaine.” Heard’s psychologist Dawn Hughes testified early in the trial that she had told him about the incident.

Still, Heard’s emotional testimony was torn up on social media, with many claiming the actress faked her tears.

“OMG, I’M DYING. Amber Heard is the worst actor ever,” tweeted YouTuber Andy Signore. “This fake, incoherent PERFORMANCE is disgusting… Too much detail everywhere, fake sighs, forced tears and looks at the jury… This is an EMBARRASSMENT to all survivors.”

“I looked at some of Amber Heard’s testimony today. How does someone cry without tears? Is it an illness? Whenever I cry or see someone crying, it’s a real mess that requires several tissues if not a small mop,” poet Joseph Massey offered.

“Have you ever seen someone cry without tears and then 10 seconds later have a completely straight face with no emotion? That acting is worse than her performance in Aquaman…” wrote one Twitter user.

“To see Amber Heard do her best to smother a tear. I haven’t seen her misbehave this bad since Kyle Rittenhouse testified,” quipped another.

“Instead of the tears and sadness that Amber Heard is trying to sell, outbursts of anger come through. And during the day Emmy goes to…” read one comment.

Jameson Williams versus Tyreek Hill for his game changing ability

Jameson Williams versus Tyreek Hill for his game changing ability