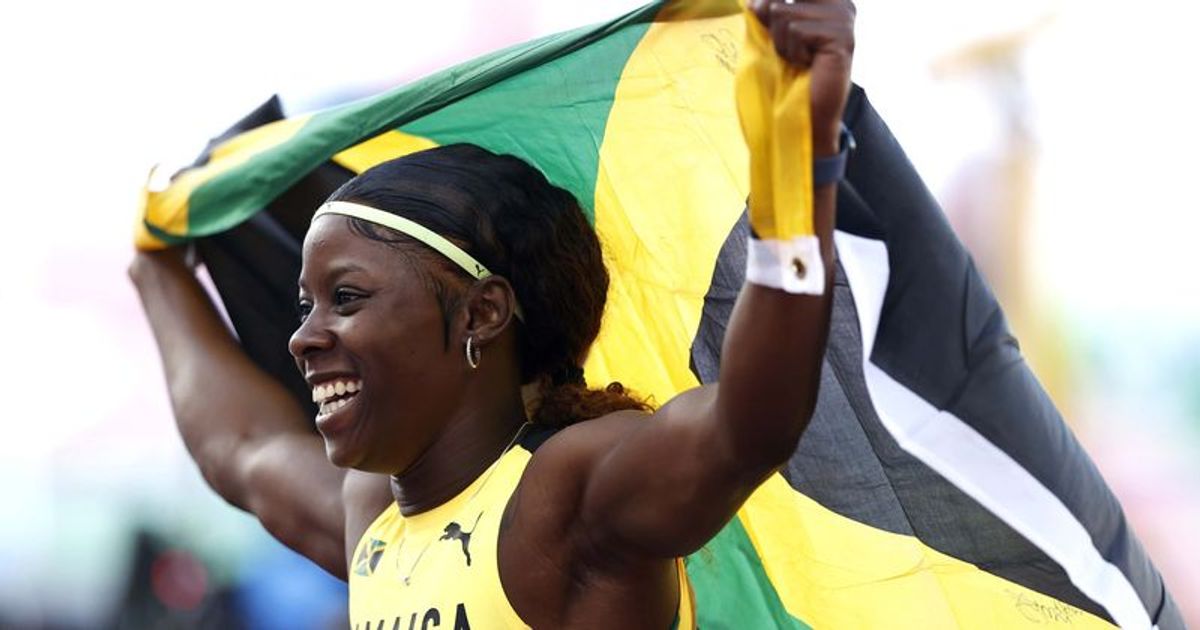 Shericka Jackson wins the 200-meter gold at the World Athletics Championships, breaking her own national record

Shericka Jackson won the gold medal in the World Athletics Championships final with the second fastest time ever for a woman in the history of the sport. She set the world championship record and made the Jamaican women proud by clocking 21.45 seconds. The only faster time ever recorded was 21.34 seconds, set by the late Florence Griffith-Joyner at the 1988 Seoul Olympics. Jackson is currently the “fastest woman” in the world. The finals took place on Thursday evening, July 21 at Hayward Field, Eugene.

Jackson outpaced teammate Shelly-Ann Fraser-Pryce (21.81) and Dina Asher-Smith of Great Britain (22.02) to win the race in a record time of 21.45 on July 21. Olympic gold medalist Elaine Thompson-Herah was seventh with a time of 22:39. American Tamara Clark crossed the line sixth in a time of 22.32 while Abby Steiner was fifth in 22.26. On Sunday, Jackson finished second in the 100m with a personal best of 10.73. Seconds after the win, Usain Bolt tweeted “Brilliant” with two Jamaican flags to symbolize the evening’s gold sweep.

In the men’s, USA finished with their second sprint win at the championships, moving up to third place all-time, thanks to Noah Lyles, who successfully defended his title from Doha with an incredible world-best and lifetime best of 19.31.

The Jamaican sprint star has always been a dedicated supporter of athlete mental health. Naturally, the Jamaican sprint star is open about the mental well-being of athletes, according to source Olympics.com. In an interview with the Jamaican TV host, Yendi Phillipps Jackson said that mental health is a priority. She said, “I’m not afraid to say that if I need help, I’ll get help because I think that should be at the top of everyone’s list,” she explained. “If you want help, get help.” Jackson is a big advocate of the benefits of therapy and has even linked it to her success as an athlete.

Jackson didn’t consider himself a sprint star. As a child, she described herself as a “slow runner”. Recalling her childhood, she said: “When I was in elementary school, I was very slow. I’ve never won anything or been in the top three before. On sports day I was very, very slow.” Jamaica’s superstar has now cemented her place as the unstoppable champion by beating her previous record. The whole world will always look to Jackson as an inspiration, especially women.