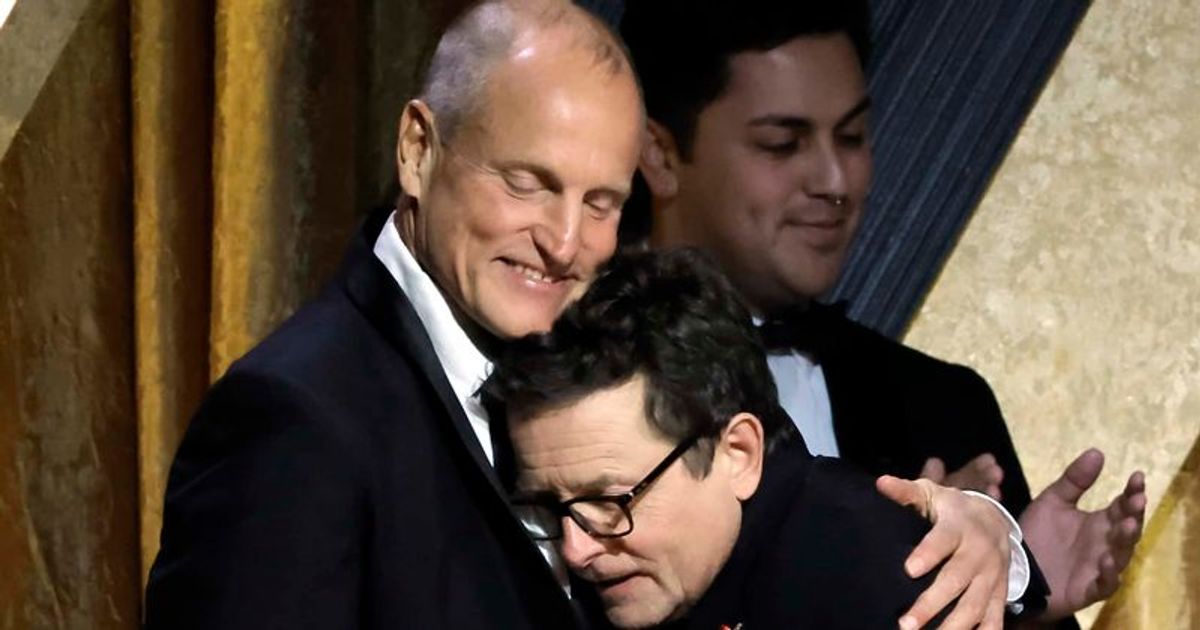 “Michael J. Fox brought understanding, empathy and determination to his cause and inspired millions to persevere a little longer,” Harrelson said

LOS ANGELES, CALIFORNIA: Woody Harrelson and Michael J Fox shared a warm hug as the former presented Fox with an honorary Oscar for his work as an advocate for Parkinson’s disease. The actor has raised over $1.5 billion for research into the disease through his Michael J Fox Foundation.

The 61-year-old was honored with the Jean Hersholt Humanitarian Award at the 13th Annual Governors Awards on Saturday, November 19. The ceremony took place at the Fairmont Century Plaza in Los Angeles. Fox left acting in 2020 due to his declining health from Parkinson’s disease. He was reportedly diagnosed when he was 29 years old.

Carried by his family and Christopher Lloyd, Michael J. Fox receives an honorary Oscar at the 13th Annual Governors Awards

‘I’m 61 and I’m feeling it a little bit more’: Michael J Fox opens up on a painful injury year

The ‘Family Ties’ star later added: “It’s nice to see validation that you’re human and you’re doing your best and for those reasons I accept it. But it’s really exciting. It’s really one of those things where if you believe in something you work towards something and then the strength of the company is watching you and your efforts for two minutes, it’s so powerful and so productive. It’s a power multiplier. It’s really exciting.”

Harrelson also showed his respects to Fox before coming on stage to accept the award. “Michael J Fox brought understanding, empathy and determination to his cause and inspired millions to stay a little longer and speak a little louder. And hold on a little tighter to something that humanity needs a lot more of, hope,” said the ‘Venom: Let There Be Carnage’ actor.

Reminiscing about the old days, Harrelson said: “I was at a party in Hollywood — I don’t remember the details — but it was the mid-1980s, of course I was in the kitchen, which is where all good parties end. I went outside to get some air and suddenly I came back and it seemed like everyone inside had evaporated. But everyone was sitting in the living room watching a TV program.”

“So I stopped and looked, there was a high school kid and he was electrified,” he continued. “Whatever he could do with a look or a pause, I observed a phenomenon in the making. I think I’m pretty funny, and really funny when I’m high. But this guy was a masterclass in comedy. That was my first encounter with Michael J. Fox.”

Harrelson added: “A year or two later he was doing Back To The Future, he was the biggest star in the world and we had a Cheers Christmas party and he came over and he was incredibly nice – he loved the show and my character – He has this amazing ability to turn the tables and make others feel good. I’ve seen him so many times in so many years, Mike is a really great guy, what can I say – he’s Canadian. We had a nice chat and he got up on the stage and played his solo of BTTF, everyone in the cast was very happy to see it. Except for one lady who wasn’t in the Christmas spirit and promptly kicked him out, and that woman became my wife – sorry, cheap joke!”