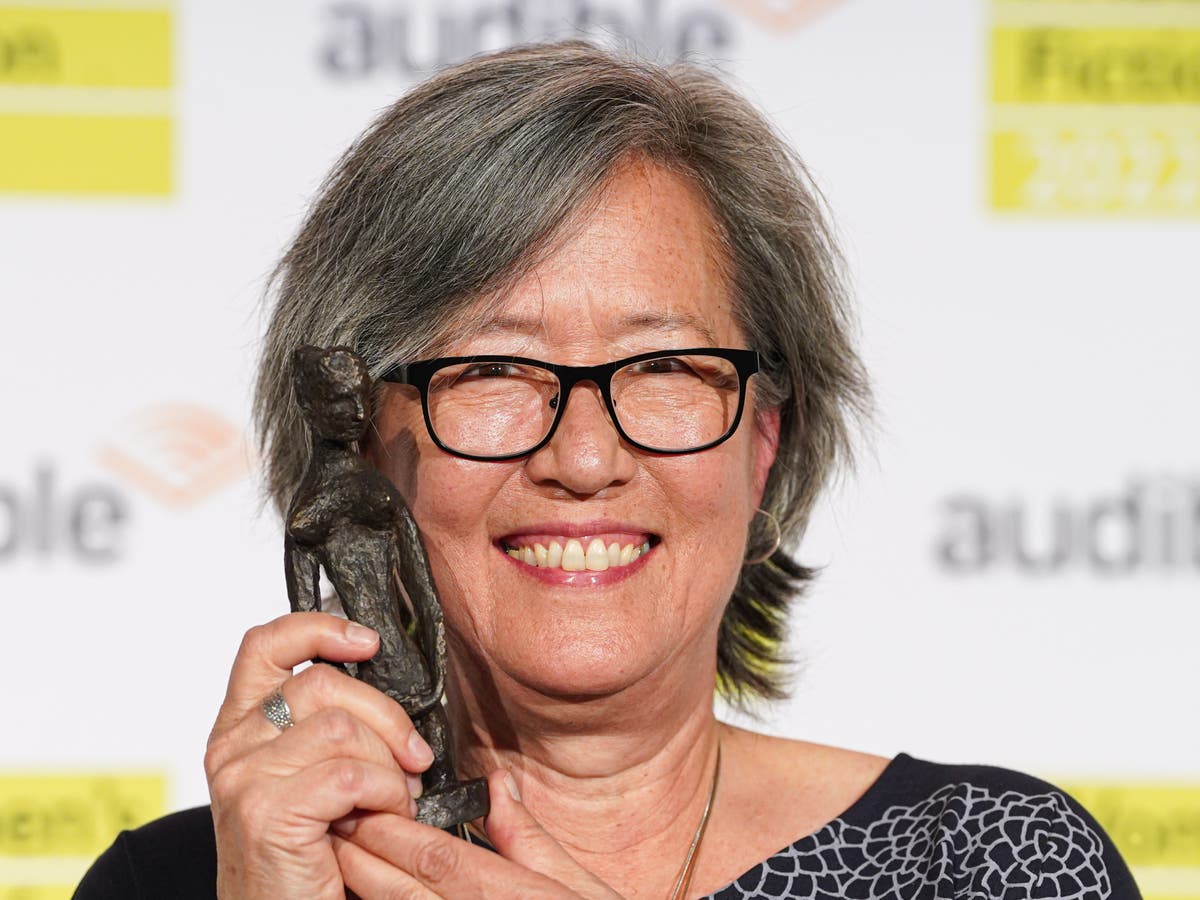 Ruth Ozeki answers my first question almost before I can finish it. “Do I still think the Women’s Prize is important? Of course it is. We all assumed that the arc of justice had a certain trajectory, that the world would become more progressive. Given what’s going on in America right now with the Roe v Wade threat, I’m no longer sure that’s true.”

Ozeki has another good reason to stand up for the women’s award: she won it last week with her enchantingly uncategorizable fourth novel The Book of Form and Void (For starters, it is told from a book). The award was created in 1996 after an all-male Booker shortlist and a general lack of critical attention towards female novelists, but in recent years there have been questions as to whether it is still needed given the seismic upward trend in the publishing of novels by women becomes. bought and reviewed.

But Ozeki, 66, who grew up in Connecticut at a time when “women were considered second-class citizens,” warns against complacency. In her acceptance speech at the ceremony in Bedford Square Gardens on Wednesday night, she thanked “the women who have supported me because now, more than ever, this is a time when we are rethinking the dominant narratives that have put us in quite some dire straits have to write”.

“Women’s rights can always be taken away. And representation is a pretty new thing, isn’t it? When I was growing up, there weren’t any black women writers, women writers who looked like me. I thought you had to be white, male and dead,” she tells me now.

Ozeki was born to an American father and Japanese mother; She says her dual heritage has always influenced the way she sees the world. This no longer applies in The Book of Form and Void. It tells the story of Benny, a multiracial teenager. After the death of his father, Kenny, in a car accident, he finds that everyday objects — many of them in the cramped Chinatown apartment he shares with his mother, Amanda — have begun to speak to him.

One such object is the narrator, a book that Benny keeps interrupting because he doesn’t agree with the way the story is being told. It’s a technically dazzling, delightfully playful novel about grief, mental health and perception. Perhaps more than anything else, it explores the diverse nature of storytelling in a book full of voices and stories. “I’ve always loved the idea of ​​an omniscient narrator, but I just can’t do it,” laughs ozeki. “I grew up thinking that it’s the right voice for the novel, but it’s also a monotheistic voice, the voice of God. I am not a monotheistic believer [Ozeki is a practising Buddhist] and I have never felt the authority to speak from a single point of view. Most of my work is told from at least two points of view from the start. That always seemed more sensible and realistic to me.”

Ozeki almost didn’t become a novelist at all. She started out as a filmmaker, producing art house horror films before making the switch to television. “But it costs money to make your own films and I soon ran out of money. I did two films using grants and credit cards and I ended up in debt that I couldn’t pay back. I couldn’t afford to do another film, so I started writing a novel instead [My Year of Meats, which was published in 1998] with the intention of selling it for enough money to pay off the credit card.”

Instead, she found the process of writing a novel remarkably liberating. “Filmmaking is a very controlling, manipulative medium,” she says. “It demands passivity from the viewer, which is why it’s so wonderful to lie on the couch and watch episode after episode successor. I can’t think of anything I’d rather be doing. But for a novel to work, the reader has to do half the imaginative work. Without that, the novel just won’t mean anything. Every reader of my novel seems to have read a very different book from the one I wrote. And that’s great. That’s what I aim for, to make the novel feel like something alive.”

However, she fears for the future of the novel in America. “Novels will be banned. Novels by women, by queer people, by trans people. I so admired Margaret Atwood when she recently produced a non-flammable copy of The story of the maid. It could have been a piece of performance art, but it was wonderful. There is a real urge to shut us up.”

She agrees that there are also threats from the rise of augmented reality, or what she calls “realities constructed and paid for by corporate interests” – the issue My Year of the Flesh, about a documentary filmmaker who produces sponsored television shows for a Japanese audience. “The more forms of visual media we have, from film and television to interactive social media, sponsored media, [then] the more competition there is for attention. Attention is a commodity, right? But readers will always be readers. Many of my readers are quite young. I find that immensely encouraging.”

Ozeki divides her time between New York and Massachusetts with her husband, combining writing novels with her duties as a Buddhist priestess. “I used to see them as two separate things, but now I realize they’re expressions of the same thing,” she says. “Sure, the ability to sit still and just be in the moment, aware of everything around you, just sitting there and watching stories unfold is very useful in writing.”

Additionally, meditating has given her the stamina needed to keep going on a novel, especially one as tricky, exploratory, form-breaking as The Book of Form and Void. “There’s nothing like sitting in the same position for hours and not moving even if it hurts to teach you to keep going even if it’s difficult,” she grins. “It took me eight years to write The Book of Form and Void. I didn’t have to listen to all those voices in my head telling me no one would care, that I should go out and get a real job.” Somehow I guess those voices are gone now.

The Book of Form and Void is published by Canongate