Woman picked up a dollar bill off the floor at McDonald’s, and next thing she knew she was in the hospital 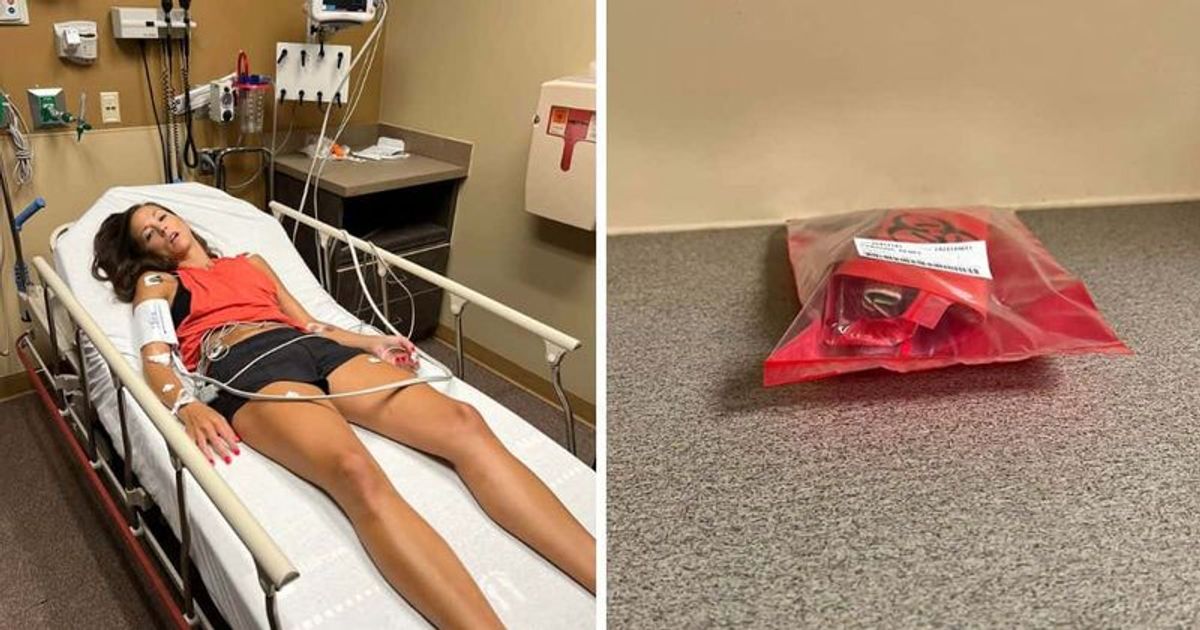 “When I walked in, there was a dollar on the floor just hanging out, so I picked it up without thinking.”

A Kentucky woman ended up in the hospital after picking up a one-dollar bill suspected to be laced with fentanyl. Renee Parsons was waiting to use the washroom at a McDonald’s in Nashville, Tennessee, on July 10 when she started showing symptoms.

Renee and her husband Justin were on their way to a work conference in Dallas with their three-month-old when they decided to stop at McDonald’s. “When I walked in, there was a dollar hanging on the floor, so I picked it up without thinking,” Renee recounted the incident in a Facebook post to raise awareness. She said that within minutes of picking up the dollar bill, she started breathing properly and her body went numb. As WKRN reports, her husband said: “She looked like she was dying. She must have been unconscious and very pale.”

Renee wrote in her Facebook post: “I’m holding it, looking around, thinking of giving it to the little girl I saw. Right then my husband comes out of the bathroom and I put the dollar in my pocket, give him the baby, run to the bathroom.” She washed her hands but didn’t dry them completely. Later, she took the dollar out of her pocket and put it in her pocket him in her car door.

“As I did so, I told my husband how lucky I was to find a random dollar,” she continued. “Then I took a cloth to wipe my hands because I remembered him telling me not to pick up money off the floor as people put it in fentanyl. When he started lecturing me, it hit me like a ton of bricks. Suddenly I felt it start in my shoulders and the feeling quickly went down my body and it wouldn’t stop. I said, “Justin, please help me. I’m not kidding, I feel really weird.” I grab his arm without thinking, and then my body went completely numb, I could barely speak and I could barely breathe. I was struggling to stay awake while Justin was yelling at me to stay awake and trying to call 911 and find the nearest fire station or hospital.”

The Post added: “I passed out before we got to the hospital but luckily they worked almost as fast as my husband to get me there. It took a few hours and some medication, but I eventually felt reasonably normal again.”

However, as the NY Post reports, a Nashville Metro police officer claimed that Renee was not exposed to fentanyl because she did not require Narcan resuscitation. Additionally, preliminary testing revealed no drugs in her system. dr Rebecca Donald, a fentanyl expert at Vanderbilt University Medical Center, said Renee’s symptoms were not indicative of fentanyl poisoning. The doctor said: “She’s much more likely to have a reaction if she accidentally rubbed her nose and exposed this drug to some of the blood vessels in her nose, or licked her fingers, or rubbed her eyes.”

Meanwhile, officers could not find any residue on the dollar bill, according to the Nashville Metro Police. Since no one was charged, it wasn’t sent to a lab for testing either. However, the police confirmed that they would still destroy the bill.