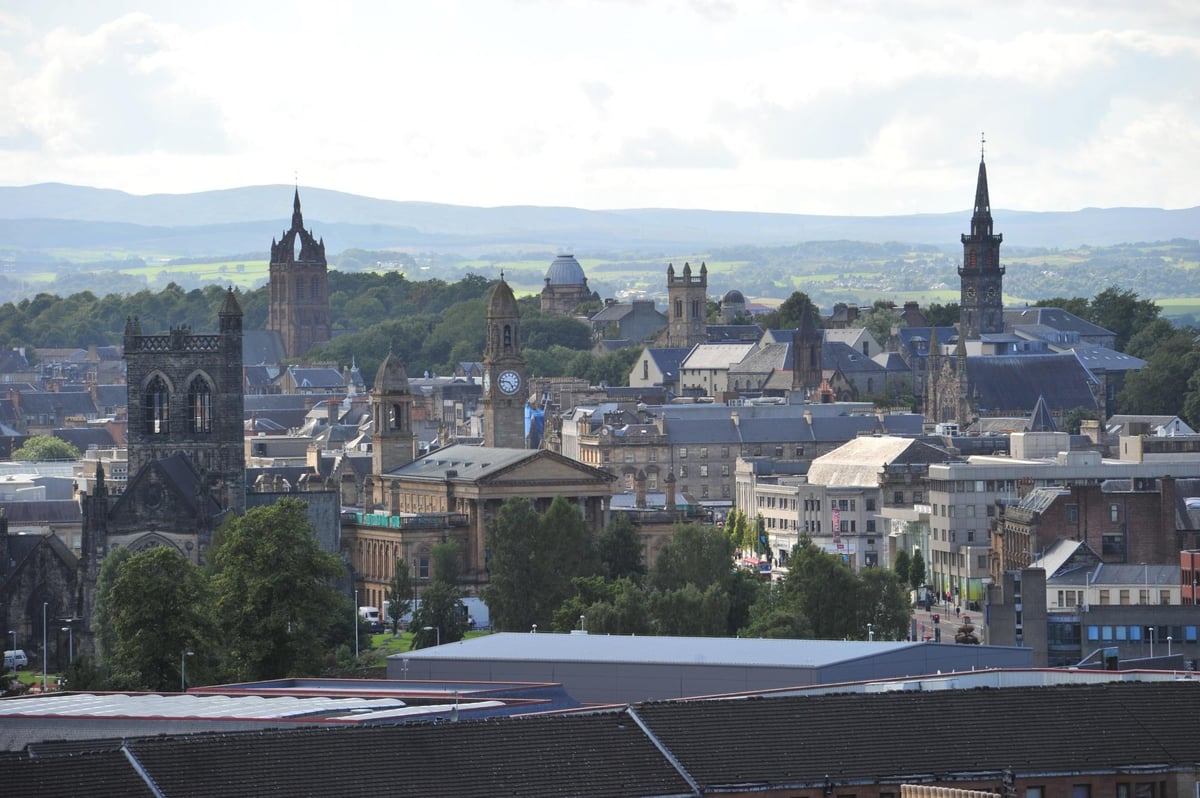 It’s the classic children’s fantasy adventure that inspired one of the greatest Hollywood musicals of all time.

Now the streets and landmarks of Paisley are transformed by a spectacular new version of The Wonderful Wizard of Oz.

The town of Renfrewshire is being transformed into a ‘living stage set’ by the National Theater of Scotland for one of its biggest shows next year.

Plans are underway to adapt L. Frank Baum’s beloved 1900 novel into a “high-octane, visually arresting Mardi Gras performance” that will make its way through Paisley next June.

The Promenade Production – OZ! – A Yellow Brick Road Adventure in Paisley – will involve more than 200 local participants as well as a cast of professional actors and musicians.

The show includes dance, theater, music, puppetry and circus as it meanders through the streets, malls, landmarks and buildings of Paisley.

The show, which is being developed by theater makers Cora Bissett and Bex Anson, will be the culmination of a year-long project the couple will lead in Paisley, which will include community groups, social events and workshops to reinterpret the adventure of Oz for a modern Scottish audience.

NTS, which is working with local organizations OneRen and Future Paisley on the project, will be housed in The Art Department, a pop-up art space set up in the former Alders department store at the Paisley Centre. The theater company’s new take on the classic American story, Kansas schoolgirl Dorothy, the central character from the book and film, played on-screen by Judy Garland, will instead focus on Dorothy, a “street girl” from a “parallel Paisley, sometime in the near future”, featuring key chapters from Baum’s novel expected to inspire scenes around the city.

Jackie Wylie, Artistic Director of NTS, said: “The National Theater of Scotland is at its best when working with a like-minded partner on a project that celebrates and shines the spotlight on the brilliance of a specific place and its people.

“As we embark on this wonderful adventure on Paisley’s Yellow Brick Road, I want to acknowledge the vision of OneRen and Future Paisley and our lead artists Cora Bissett and Bex Anson.

“We have the courage, heart and mind together to bring all of Paisley together in this ambitious celebration of talent, storytelling and creativity and OZ! building, an unmissable, spectacular event across the city in 2023.”

Bissett and Anson said: “We met as working mums desperate to keep our young children entertained in Glasgow’s Queen’s Park during lockdown and decided to join forces to take on this massive and exciting challenge, a new one large-scale work with people to create Paisley.