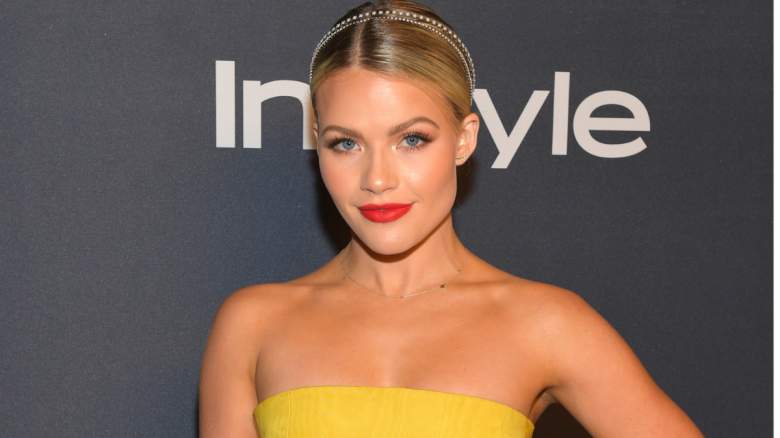 Witney Carson participated is an internet trend of sharing an older photo and then a newer photo as a sort of then-now comparison. The Dancing With the Stars pro decided to share a picture of her and husband Carson McAllister when they were in high school, and then a picture of them more recently – married and with a baby.

“This trend got me…” she wrote in the caption, adding a few emojis. “I’ve been in love with you since I was 17 @carson.mcallister and it’s getting better every day! I love our life we’ve built together, I’m so grateful,” she added.

In Carson’s throwback photo, she wore a black and white flannel as she snuggled up to her then-boyfriend. Both she and McAllister had big smiles on their faces in the then and now photos. The more recent photo was taken during the family’s recent trip to Yorktown Beach and showed the couple’s one-year-old son Leo.

It didn’t take long for fans to fill the post’s comments section, telling Carson how much they loved him.

“Love that you guys love each other so much,” read one comment.

“Awww. I’ve also been in love with my husband since I was 17!! Married now 24 years. What a beautiful family and life you are building,” commented another Instagram user.

“I’ve also been with my husband since I was 17. I’m 52. 3 kids down and we’re still madly in love! I wish you this precious love forever,” reiterated another.

“You look the same as you did when you were 17,” said another.

“I didn’t know you guys had been together for so long!!” another person added.

Carson met her husband when they were children. The two grew up in the same area of ​​Utah and eventually fell in love when they were both in high school. The couple attended American Fork High School in Utah and started dating when they were teenagers. In the post Carson shared, she was 17 and her current husband was 18.

After graduation, Carson took up dancing and was cast in So You Think You Can Dance. Around the same time, McAllister embarked on his Mormon missionary journey,” according to Life & Style magazine before leaving college. The two had a long-distance relationship during this time — Carson in Los Angeles and McAllister in Utah — but managed to stay together.

In 2016, Carson and McAllister married in Utah. “I’m just excited to start our life together,” Carson told People magazine at the time.