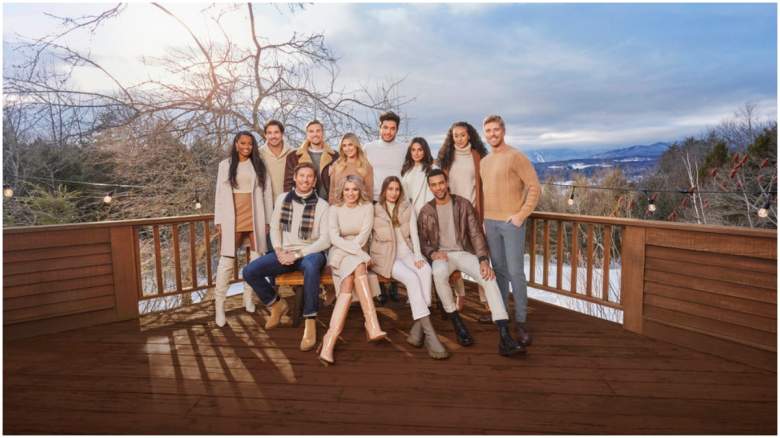 Jason Cameron opened up about his relationship with his “Winter House” co-star Lindsay Hubbard in a new interview. The two met while filming the Vermont-based spin-off in early 2021, and they seemed like a match made in reality TV heaven.

Hubbard told Entertainment Tonight she was “shocked” to meet someone like Cameron on the show. “I just thought I was going to hang out in the snow with my friends, and I wasn’t expecting to meet anyone,” she said. “I think that was probably the most shocking thing for me, actually finding a guy, and it’s this beautiful, amazing, nice guy. He was suddenly there for me and I was like, ‘Whoa, where is this guy from?’”

The two met casually after the show wrapped, but when Hubbard returned to film “Summer House,” she stunned fans when she opened up to her co-star and future boyfriend Carl Radke to reveal, that she was pregnant with Cameron’s child and suffered a miscarriage shortly after the two ended their romance.

In a June 15, 2022 interview on the Behind the Velvet Rope With David Yontef podcast, Cameron gave his side of what happened with Hubbard. The Bravo star noted that Hubbard came into Winter House like a “tornado” and he wasn’t sure what to make of her at first. Upon meeting her, he admitted he thought it “might work.”

But the whirlwind dating relationship only lasted about a month, he said, and it wasn’t really “exclusive.” “Like we were trying to make it work,” he said to Yontef. “It didn’t really work.”

Cameron said Hubbard’s pregnancy was “definitely not expected, but it was something we both definitely went through.”

“I didn’t really want to say too much,” he said. “I definitely kept it to myself to a certain extent. I know she talked about it [‘Summer House.’] I wasn’t sure what else would be out there? It was a lot but at the same time I think that happens and yes it was definitely more of a private situation for me. And I knew she wanted to share that with the world. So yeah, I was there to support that and she, you know, she wanted to explain what happened. You know, it’s not an easy situation.”

Cameron reiterated that the unplanned pregnancy did not result in the end of his relationship with Hubbard. “We weren’t like together,” he said. “We tried to do a work, I would say. So we weren’t that exclusive, we weren’t like dating.

“Like we knew something was wrong, like with her body, but at the same time we weren’t sure what was going on,” he added. “So yes. She went to the doctor and had a sonogram done.”

Cameron added that Hubbard planned to have the baby if the pregnancy turned out to be healthy and that he was ready to support her.

“I’ve been looking for bigger apartments, you know, tried to check all my accounts and say, alright, well, make sure that’s set up?” he said. “How are my finances? I thought should I be a manager in this bakery. Get some benefits. Oh I went there, I went flat out and I was like, alright, well, yeah, that’s so much more important than all the fun I’ve had and enjoying my life…it was, it was more like, alright, let it go get my thoughts right for what’s to come. If this is really going to happen, we should really be prepared.

Cameron revealed he was definitely “sad” after Hubbard’s miscarriage.

“I was just sad at first,” he admitted. “You know, you’ve got the lump in your head about being a dad, like, oh wow. …And, you know, you imagine being on swings and you know, all these, I have all these ideas of what a good father is going to be and what you could do. And then, yeah, it was very sad to hear the news, but at the same time it was very early, you know… But yeah, I think we were kind of both somber and sad and just kind of quiet for a little bit and just sat there and do you know.

Cameron revealed that he stayed in touch with Hubbard, who is now in a serious relationship with Radke, and had asked her in advance if she planned to discuss her personal situation on camera in Summer House.

“I was definitely curious to know how she would present the information,” he told Yontef. “I said, hey, are you going to talk about this on the show? She says: “Yes, I will definitely share it. You know, it’s my prerogative.’ And I thought, ‘Well, no, absolutely. You know it’s up to you Whatever you want to say or whatever you want to say. I just want to be prepared.’”

“Then it was interesting when it came out,” he added. “Like nobody told me and I didn’t know if it was going to run or if they were going to cut it, you know, it was definitely something like, oh, hmm. I mean they use 25 percent of what we film and you know, I mean it’s definitely relevant, you know, something that we’re going through and what she went through. …So one of the producers called me about 10 minutes before it was due to air and said, ‘Oh, just so you know, your deal is going to be the same as all television.’ I was like, ‘Oh, thanks for the call.'”

He added that he had received a number of calls from family members who learned of the situation through interviews in Summer House and Hubbard’s magazine.

“I wasn’t upset that it was on TV,” he said. “If anything, I was left without a voice as to what the publications and what they said or spoke or even how … you saw all those things, but what did it do.” [I] I must say? Well, no one asked.”

Cameron also said he was happy for Hubbard and Radke and hoped their relationship would work out. He hasn’t ruled out a cameo in Summer House if the show ever comes along.

“I mean yes. If you would be interested in having me at a “summer house” for a season or just popping in and saying what’s up, listen up, I love the Bravo family, and yes. I would make that work,” Cameron said.

At the Summer House Season 6 premiere, Hubbard revealed the secret she had been keeping about her relationship with her Winter House co-star.

Hubbard explained to Radke that last June, after feeling like something was “wrong” with her body, she went to the doctor and found out she was six weeks pregnant with Cameron’s baby. She barely had time to process the news when she miscarried two days later.

“I found out on a Monday I was pregnant and on Tuesday I miscarried,” Hubbard told Radke. “And on Wednesday, I was in the emergency room for five hours.”

“I absolutely would have had that kid,” she added. “It’s something I’ve wanted my whole life to have a family.”

In an interview with Hollywood Life, Hubbard also said that she told Cameron about the pregnancy “within a few hours” of finding out about it, and that he came to her that night and supported her throughout the situation .