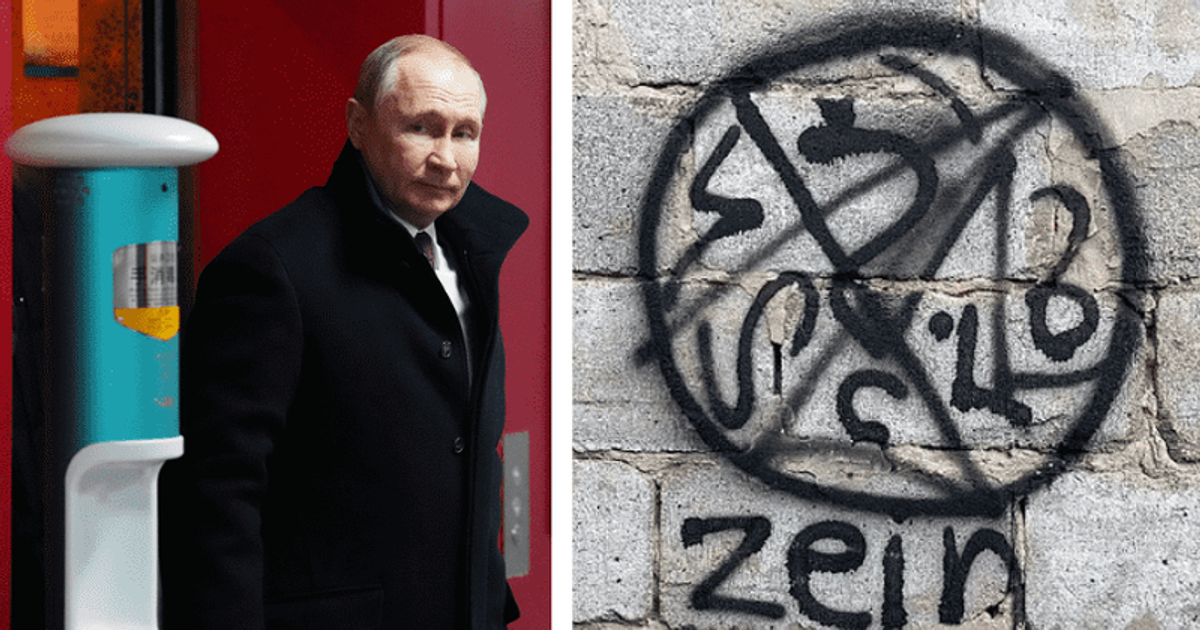 According to Russian media, Ukraine is allegedly using “black magic” to stop President Vladimir Putin’s invasion. According to Russian state media agency RIA Novosti, Ukrainian military forces in eastern Donbass have reportedly used black magic, citing cult researcher Ekaterina Dyce. According to the report, signs of black magic were discovered at the Ukrainian military headquarters on the outskirts of the village of Trekhizbenka in the Lugansk region. Images of a “satanic seal” allegedly discovered on the walls of a military unit’s headquarters have been released by the outlet.

According to Dyce, the sign is a magical symbol composed of many intersecting lines. He said: “What it means is difficult to say for sure, in it you can see both the inverted sign of anarchy and part of the sign ‘CC’, rune zig, it is clearly visible in the extreme left sector of the circle, and the Hebrew letter ‘zayin’ in English, meaning sword or weapon.” According to the expert, the sign is a black magic sigil that mixes anarchy, weapons and fascist images. Dyce also said that the symbol was drawn in a continuous hand motion and that it indicates its occult nature.

Russia BOMBING The school in Mariupol where 400 civilians, including women and children, were hiding

Russia appears to be suffering from supply shortages, dwindling army morale and military casualties more than two months after Putin authorized a “military special operation” in neighboring Ukraine. Meanwhile, according to The Times on Monday, May 2, the British Ministry of Defense said in an intelligence assessment that more than a quarter of Russia’s tactical battalion units helping in the Ukraine war were likely “disabled”. The statement said: “Some of Russia’s most elite units, including the VDV Airborne Forces, have suffered the highest levels of attrition. It will likely take years for Russia to rebuild these forces.”