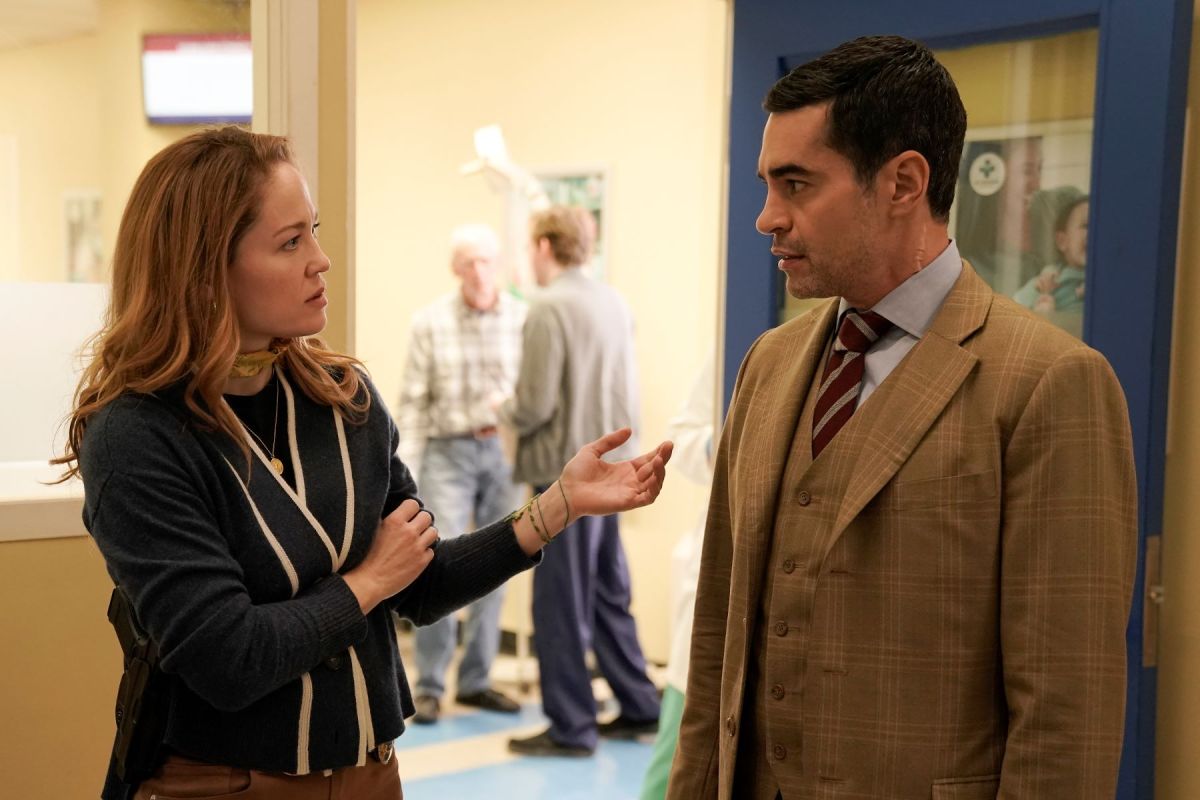 One of the central relationships in the ABC Will Trent is between Will and Angie. They have a complicated history, but they tend to always find their way back to each other. And that’s exactly what happened in Episode 3, after Will and Angie agreed to spend some time apart. Now in Will Trent Season 1, Episode 4, the two were forced to work a case together, but things got even more complicated when their partners – Ormewood and Faith – joined them.

Will Trent Season 1 Episode 4 begins at Stone Mountain State Park in Georgia. An injured man stumbles through the woods while a man and woman record a podcast about the ‘howling man’. In the distance they hear a shot and then a car crash. And as they investigate, they learn that a couple, Judith and Henry, hit the man with their vehicle.

At the hospital, a doctor examines Faith. Will claims she fainted and hit her head while Faith claims she just fell. The doctor mistakes Will and Faith for a couple and asks her if she might be pregnant. But Faith makes it very clear that they are not dating and she is not having sex.

In the waiting room, Will gets a call from Amanda, who tells him that the park police have him on the Stone Mountain case. But Angie and Ormewood will help Will, and Angie is already in the hospital with the man later identified as Arthur Tealy. She informs Will of the situation and they realize Arthur was tortured. Before he dies, Arthur tells Angie that “Timothy” did this to him.

After Ormewood finds out Will is working on the case, he freaks out. He calls him a “vampire vulture,” but Ormewood has no say in the matter.

Will, Faith, Angie and Ormewood travel to the crime scene where they interview the podcasters. They reveal that another car – a green pickup – almost ran them over. Searching the forest, they find a bloody rope, Phineas Lathrop’s driver’s license, and Phineas’ corpse.

The next day, Will and Angie wake up in bed together. So after their kiss, they’re definitely “on” again. Will Trent Season 1 Episode 3.

Will and Faith deduce that the perpetrator took Arthur and Phineas into the forest to torture and kill them Will Trent Season 1 Episode 4. They both escaped but Arthur was hit by a car and the suspect tracked down Phineas and shot him.

In the coroner’s office, Will and Ormewood learn that Arthur and Phineas had traces of jequirity seed on their clothing. The seeds can cause blindness if rubbed in the eyes, which Arthur and Phineas demonstrated. And they had identical wounds.

Faith and Will question the next of kin and discover that Arthur and Phineas both had demons. Phineas had a drinking problem while Arthur hit his wife and daughter.

Afterwards, Will, Faith, Angie and Ormewood return to the forest. There, Ormewood falls into an underground room and injures his ankle. But there the suspect was holding and torturing Arthur and Phineas. Faith finds a journal filled with a Bible verse written multiple times by different victims. And they track a kneeler out of space to a specific church.

Will and Faith talk to a pastor at the church and find a job listing on the bulletin board for men who want to “change their lives.” At the bottom of the flyer is the Bible verse – 1 Timothy 3:8. It’s clear the killer used the ad to lure his victims.

Angie and Ormewood find another potential victim – a man named Duke. Will and Faith go to where Duke was last seen, but Faith nearly faints and we learn that she has been diagnosed with diabetes. Will, who used to care for a child with diabetes in the group home, offers his support. And Faith reluctantly accepts. They have a heart-to-heart talk and Faith says she knows about Will’s dyslexia.

After the warm moment in Will Trent Season 1 Episode 4, Will and Faith find AFIDs from a taser and track them back to the pastor. They question him at the train station and he admits that the church bought one. But when the GBI agents press him further, the Pastor’s attorneys attack.

Ormewood interviews the girlfriend of another potential victim named Paul, who disappeared a few years ago Will Trent Season 1, Episode 4. She reveals that a guy who worked on a farm was teasing Paul about God and how he would go to hell. Ormewood travels to the farm and finds a green pickup. But before he can call for backup, the suspect tases Ormewood.

After listening to the podcaster’s tape for the hundredth time, Will realizes that Judith and Henry wanted to meet Arthur. The pastor reveals that the church gave shelter to Judith years ago before the death of her first husband, who beat Judith and her son Tom. Will and Faith question the couple, who admit to killing the men. But Will realizes they are protecting Tom, who is torturing Duke and Ormewood on the farm.

Duke and Ormewood escape, but Tom isn’t too far behind. Luckily, GBI and APD arrive at the farm and apprehend Tom.

At the end of Will Trent Season 1 Episode 4, Will admits to Angie that he wished she had told him about Ormewood sooner. But they agree and end up in bed together.

Will Trent airs Tuesdays at 10 p.m. ET on ABC. Fans can watch too Will Trent on Hulu.