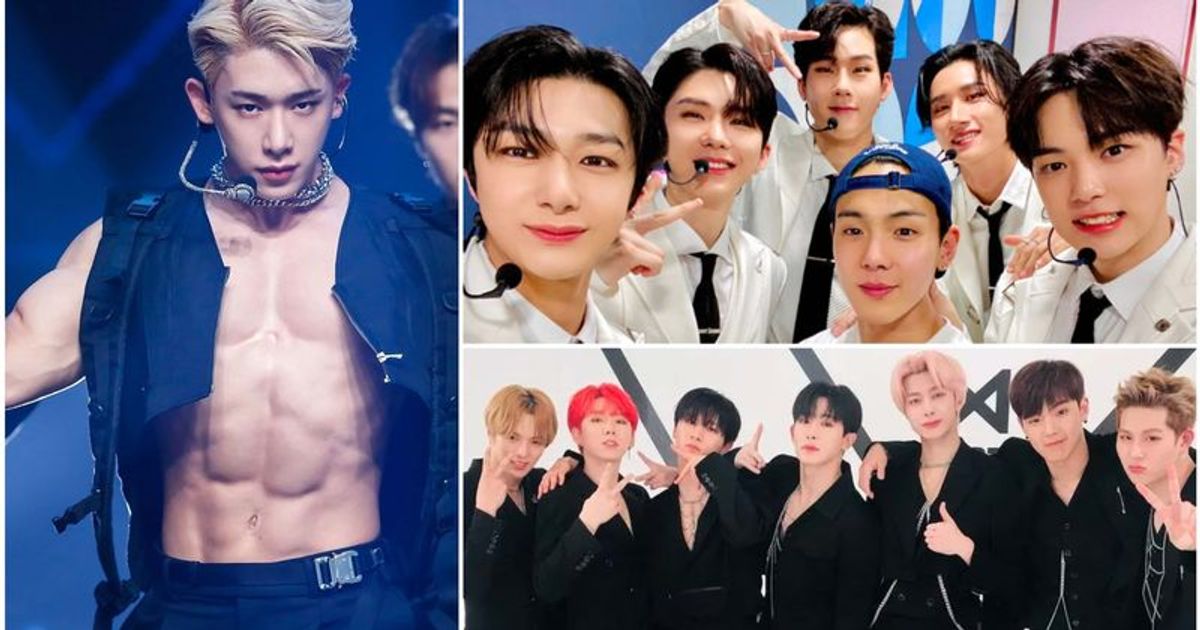 As it is revealed that 3 out of 6 Monsta X members are still negotiating their contracts, fans of the group hope to see Wonho with his former members again

A lot of unconventional things have happened in the K-pop industry, and one boy band that has overcome many challenges is Starship Entertainment’s 2015 boy band, Monsta X. The group initially debuted with members and things have been going pretty well for The Monsta X became extremely popular internationally, despite coming from a label that was rather unpopular at the time. But in 2019, ex-member Wonho was embroiled in a shady controversy that seemingly changed the group’s fortunes.

Wonho took responsibility for the scandal when he left the boy band so as not to ruin Monsta X’s public image. While he was accused of many things, drug use, one of them, took a toll on the singer, but the allegations were proven false after a legal investigation. Wonho felt it was best to make a solo debut and not rejoin boy band Monsta X. Some OT7 fans (fans of all seven members) of the group believed that the label did nothing to protect the singer when he needed a lot of support, and also complained that Wonho, who was later revealed to be innocent, was not forced was to join his group.

After Wonho and his fans put the scandal behind them, the singer debuted as a solo artist under the label Highline Entertainment, which is also a subsidiary of Starship Entertainment. Some fans of the group are unwilling to let go of Wonho as a member of Monsta X because they had fond memories of the idol with its former members. Debate over an OT7 group featuring all seven Monsta X members has now resurfaced, as it was revealed that only three of Monsta X’s six current members have renewed their contracts with the label.

Just like many other K-pop groups, Monsta X signed a seven-year deal with Starship Entertainment back in 2015, and the deal ends this year. It was reported that members Kihyun and Hyungwon, along with leader Shownu, who is currently in the military, had already renewed their contracts with the label. But members Minhyuk, Jooheon and IM (Changkyun) were still debating their respective contract extensions. On May 9th, Starship Entertainment announced that it had been engaged in in-depth discussions with members Minhyuk, Jooheon and IM aimed at working in the best interests of the members and the group as a whole.

The separate decision by the Monsta X members to renew their contract has many OT7 fans of the group hoping that the boy band will decide to leave their label and re-debut under a new label with former member Wonho. Fans are also aware of the close bond all members had with Wonho while he was still part of the group, and have also seen evidence that members were in contact with Wonho, although none of the members publicly referred to Wonho as just “Open.” Mind” addresses. Singer Wonho never mentions his former boy band publicly.

Fans think it would give the guys a lot more freedom to go under a new label than they already have, which is why some fans of the group are hoping for an OT7 group again. One fan said, “All of South Korea must apologize to monsta x and wonho in a handwritten apology with blood.” One fan hoped, “Now SS Ent. can make amends by adding Wonho back and doing OT7, giving them the freedom to make music together and solo. Both mbbs and weenees will be happy about that. MX and Wonho can do both. Your contract is due to be renewed shortly, isn’t it?”

A fan of Wonho replied, “Wonho doesn’t want to be in Monsta X. He was given the opportunity to return and decided against it, and there was a huge argument. The group basically never refers to him publicly, let alone mention his name. It’s really quite sad.” One fan said, “Min I trust you can be the only one to come back to WH with Monsta X, don’t be pressured my little one, Monbebe supports you.” Another Fan wish: “Can you imagine a Monsta X OT7? WISH.”

Another fan hoped, “I will still hope and yearn for Monsta X OT7.” OfficialMonstaX.” Another replied, “We’re still hoping for an OT7 reunion.” One fan commented, “I wish they would leave this company and renew their contract with a new company and come back with wonho so we can have ot7 as before can see together. I know I’m dreaming.”