Will Julia Fox Star in Madonna Biopic? Legend hints with HOT images throughout evening in LA 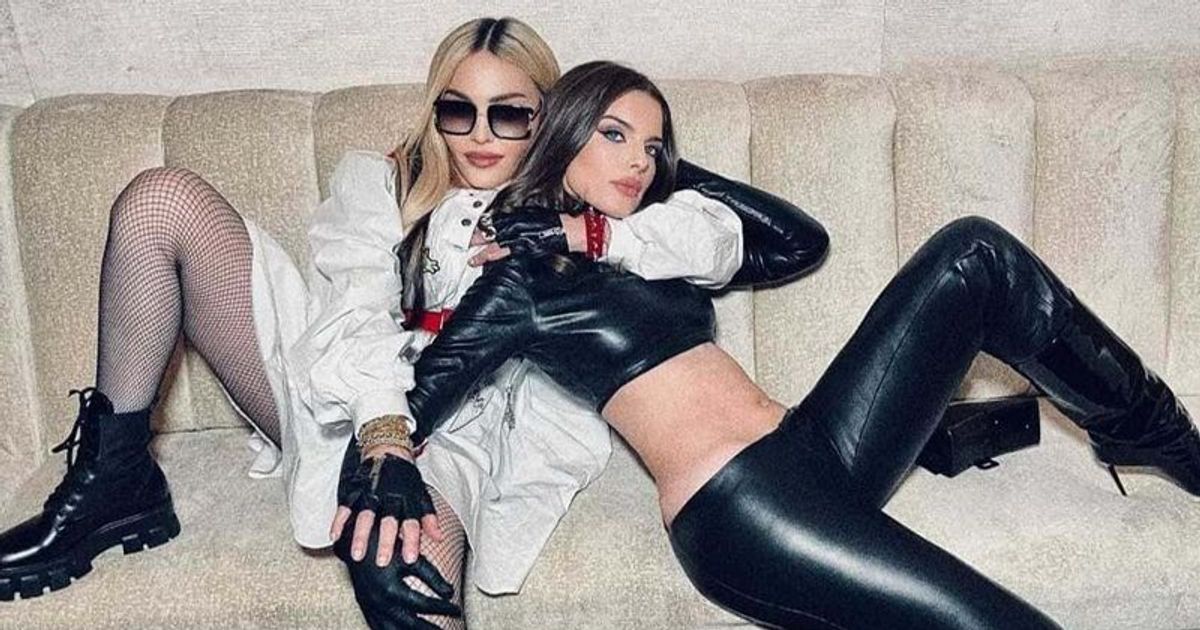 Madonna has hinted that Julia Fox could star in her much-delayed biopic, which documents her journey from rise to stardom, after the couple had dinner at an LA restaurant on Wednesday, January 12.

While Madonna specifically didn’t confirm that Julia will be starring in her biopic, she wrote in her Instagram post that they had “talked about the film” and said that some “other people had shown up,” hinting at Floyd Mayweather and Kanye’s new pal Antonio Brown. which could also be seen on her other Instagram photos.

In the photos shared by the 63-year-old music icon, Madonna and Julia had their hands on top of each other as the two sprawled out on a beige sofa at the 1920s-themed restaurant. The ‘Material Girl’ star wore a prairie-style long-sleeved white dress that showed off her black fishnet stockings, along with quirky black combat boots. Julia showcased her stunning abs in a sizzling black leather crop top with long sleeves and matching black gloves, paired with low-rise issues and gravity-defying patent leather stilettos.

Madonna captioned her Instagram post, “Went to dinner with Julia to talk about my movie and some other people showed up.” The singer shared another photo, which also includes Julia’s new boyfriend Kanye West, the former Tampa Bay Buccaneers player Antonio Brown and boxer Floyd Mayweather can be seen with Madonna and Juliet. In 2020, fans began speculating that Madonna ‘Ozark’ star Julia Garner might ask to play her part in the biopic after the ‘Like A Prayer’ star started following the actress on Instagram. In 2021, an insider claimed that while Julia Garner is a fan favorite, Madonna was more interested in playing “Little Women” star Florence Pugh in her highly anticipated biopic.

It’s still unclear if the ‘Like A Virgin’ singer is considering Julia for the lead role in the biopic. However, in the photos shared by the music icon, it’s clear that both women bear a strong resemblance and had a great time together. Although the actress who will star in the biopic has not yet been announced, it is clear that Madonna plans to direct her biopic and co-write it with “Juno” writer Diablo Cody.