Will Jerry Hall Get a Piece of Rupert Murdoch’s $17 Billion Fortune? Media mogul, 91, is divorcing his fourth wife 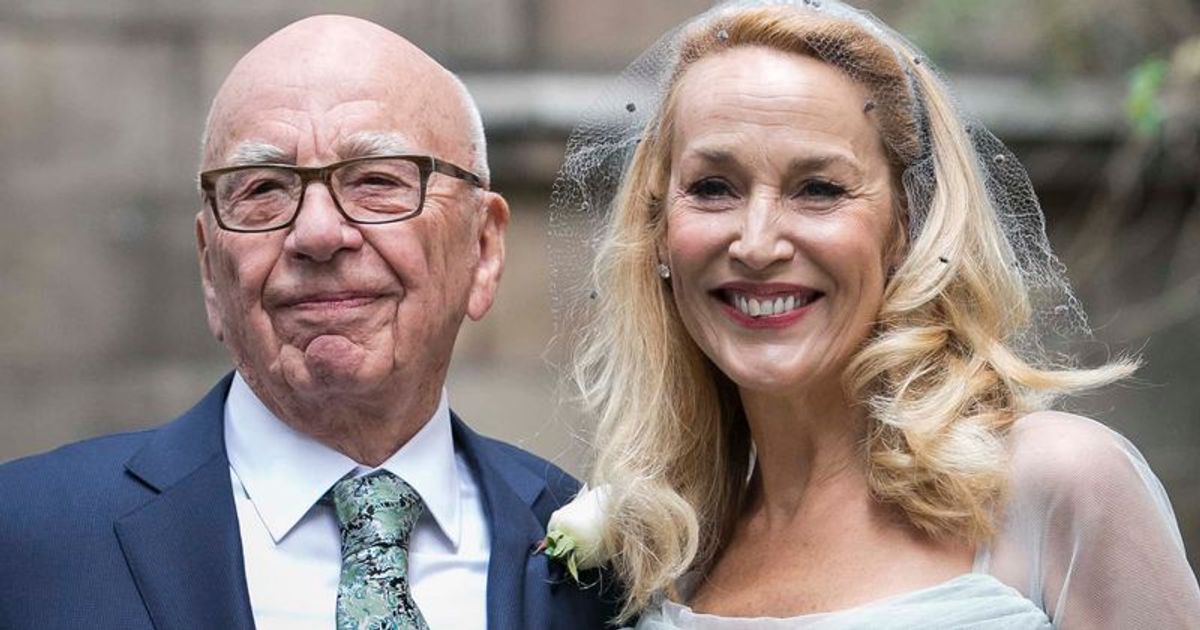 The billionaire and the supermodel, 65, are divorcing after six years of marriage

Rupert Murdoch, 91, and Jerry Hall, 65, are preparing to end their marriage. The billionaire media mogul and the supermodel are divorcing after six years of marriage, the New York Times reported June 22, citing two people with knowledge of the decision. The divorce would be a fourth for Murdoch, 91, and a first for Hall, 65, who was previously involved with Rolling Stones frontman Mick Jagger.

Murdoch and Hall’s split is unlikely to change the ownership structure of companies such as Fox News, The Wall Street Journal in the US and The Sun and The Times in the UK as both companies are held by The Murdoch Family Trust, with Murdoch the voting rights split between his four eldest children – Lachlan, Elisabeth, James and Prudence – or retain control. Murdoch met Hall in Australia in 2015. Texas native Hall was one of the most iconic models of the 1970s and 1980s. Hall appeared in the play The Graduate. The couple were introduced by Penny Fowler, Murdoch’s niece. After weeks of speculation, the couple went public at the Rugby World Cup final at Twickenham in London in October. Murdoch was photographed kissing Hall on the cheek while she smiled widely. They made their first appearance together on the red carpet in 2016 at the Golden Globes.

Murdoch and Hall married in a private ceremony at St Bride’s Church in London in 2016 after meeting a year earlier, prompting Rupert to tweet: “No more tweets for ten days or ever! Feel like the luckiest AND happiest man alive.” The ceremony took place a week before Murdoch’s 85th birthday and guests included Bob Geldof, Sir Michael Caine and Rebekah Brooks, managing director of Murdoch’s News UK newspaper stable. It comes after a five-month courtship with former supermodel Hall, who previously dated Rolling Stones frontman Mick Jagger for more than 20 years. Hall has four children with Jagger – Georgia May Jagger, Elizabeth Jagger, James Jagger and Gabriel Jagger. Hall had married Jagger, but when they separated they annulled their marriage. The couple married at a Hindu wedding ceremony in Bali, Indonesia in 1990. The marriage was annulled by London’s High Court of Justice less than a decade later.

News of the split comes as a surprise to the couple’s friends, because up until 2019, Murdoch and Hall often attended red carpet events together, including the Tribeca Festival premiere of The Quiet One and Vanity Fair’s Oscars after-party that year. Recently, in 2021, Murdoch and Hall celebrated his 90th birthday at a party in New York City and looked very comfortable together.

Murdoch was previously married to Wendi Murdoch, the mother of her daughters Chloe Murdoch and Grace Murdoch, before their divorce in 2014. The News Corp chairman also shares children Elizabeth Murdoch, James Murdoch and Lachlan Murdoch with his second wife Anna Murdoch Mann, whom he separated in 1999 after 32 years of marriage. He is also the father of daughter Prudence Murdoch with his first wife Patricia Booker. The duo married in 1956 and divorced in 1967.

Murdoch, CEO and chairman of media group News Corp, has a staggering $17 billion net worth. It is not known whether Murdoch and Hall had signed a prenuptial agreement. Murdoch’s businesses include Sky TV and the Sun and Times newspapers. He also owns US television network Fox News and The Wall Street Journal, as well as several ventures in his native Australia. News of the couple’s divorce comes just seven months after it was announced they had bought a 340,000-acre cattle ranch in Montana for $200 million.

It’s unclear how much of the media giant’s $17 billion fortune will go to Hall. Attorney Mark Stephens of the Howard Kennedy law firm said Murdoch may have signed a “rather generous” marriage contract. At the time of their wedding in 2016, it was speculated that she could inherit some of her then 84-year-old husband’s fortune. He personally owned a 0.5 percent stake in 21st Century Fox at the time.

However, possessions the couple has acquired since marriage could be at stake. In 2019, they bought a $13.8 million Georgian estate near Henley-on-Thames in Oxfordshire, England. A year later they bought Great Tew Manor – a ‘doer-upper’ in rural England’s Cotswolds earmarked for a $37 million restoration project. Last December, the couple spent $279 million on a 340,000-acre cattle ranch near Yellowstone Park in the United States, NewsFeed reports.

Hall made a fortune from her career as a model and has become the face of brands like Revlon Cosmetics. She has also had small roles in films such as Batman. Her split from Mick Jagger left her with an estimated settlement of up to $22 million.