Will Another Daughter of Kyle Richards Join Buying Beverly Hills? 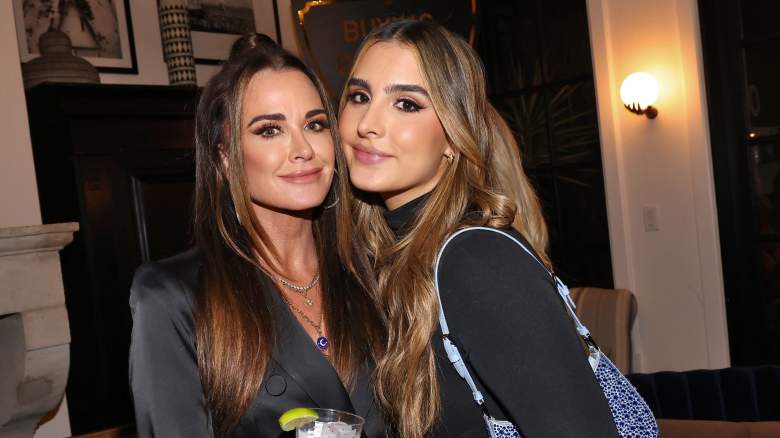 Will Kyle Richards’ daughter Sophia Umansky join her family in the next season of Buying Beverly Hills on Netflix?

During an interview with In The Know’s “We Should Talk” series on Nov. 17, two of Richard’s daughters, Farrah Brittany and Alexia Umansky, revealed whether or not their other sister will be following in their footsteps next season. During the final episode of the season, a future role for Sophia was teased when she visited her family at The Agency’s offices. Sophia is 22 years old and recently graduated from college in Washington, DC

“She’s studying for her real estate license and hasn’t come to the office yet, but next week is our agency forum where all the offices from around the world come together,” Umansky explained during the interview about her sister Sophia. “She’s going to come into that and I think that’s going to really open her eyes and she’s going to be like, ‘I want to start coming in every day.'”

Brittany added: “She’ll be a fun dynamic when that happens. I don’t think either of us even realized this was happening and even she laughs about it but that was the plan anyway that she would probably go along with on her own. If so, we all have very different personalities. She’s hilarious, dry humor, so funny, so I think it would be really fun to have another sister.”

In November 2022, Netflix premiered Buying Beverly Hills, which chronicled the ins and outs of their family real estate agency, The Agency, founded by Mauricio Umansky, husband of Real Housewives of Beverly Hills star Richards. Both Brittany and Umansky work on their father’s team at the company.

According to People, while attending a panel at BravoCon 2022, Richards admitted that she was initially nervous about her daughters entering the world of reality TV.

“It’s suddenly really weird — even though I’ve been on a show all these years — to have her at the forefront of the business world,” Richards explained during the panel, according to People. “It made me very nervous, I wasn’t in favor of it at all.

The RHOBH star continued at the time, “But at least I’ve been doing this for a while and have given my husband and daughters a lot of advice.”

Though some Real Housewives of Beverly Hills fans were expecting the new series to premiere on Bravo, Umansky revealed why they decided to put the show on Netflix instead.