Why won’t Lindsay Arnold return for Dancing With the Stars season 31? Dancer announces exit in a sweet post 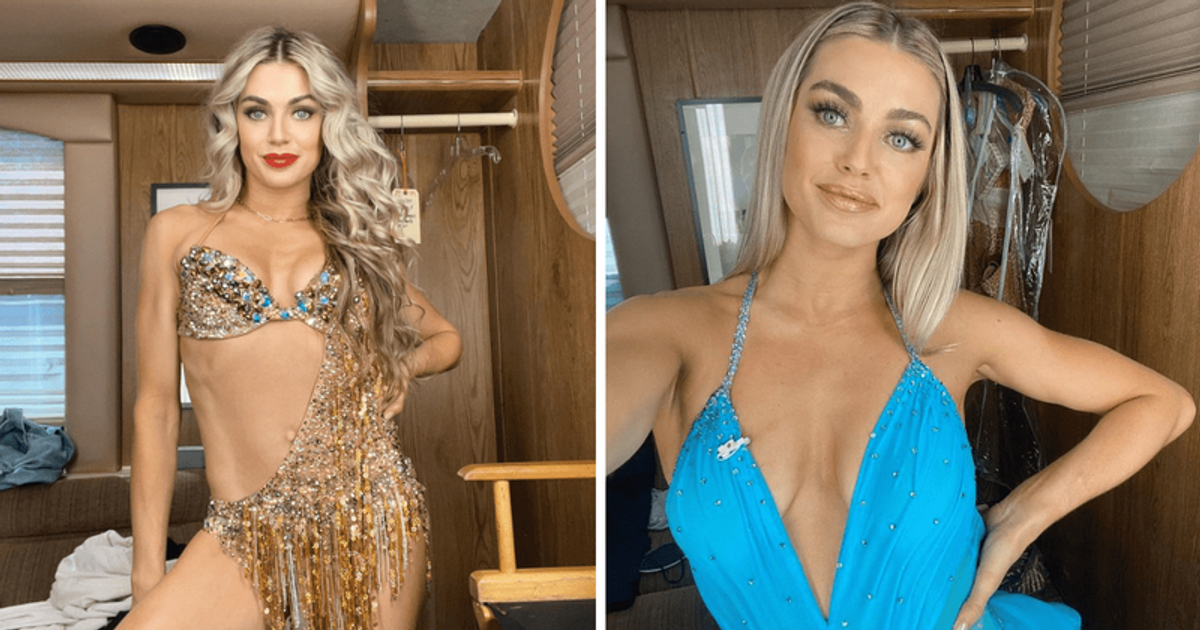 “DWTS has been a part of my life for over 10 years now and when I say I love the show with all my heart I mean it!!” said Lindsay Arnold

LOS ANGELES, CALIFORNIA: Lindsay Arnold bids farewell to the ballroom for now. Lindsay, a Dancing With the Stars pro, has said she won’t be returning for season 31 of the competition, which premieres on Disney+ later this month.

The Provo, Utah dancer made her “DWTS” season 16 debut at age 19, becoming the program’s second youngest professional dancer after Julianne Hough, who entered the competition at 18. Lindsay made her season 16 debut when she tied for ninth place with NFL wide receiver Victor Cruz. She was assigned to the dance troupe from season 17 to season 20 before returning in season 21 as a pro partner with National Guard hero Alex Skarlatos, finishing third. She won her first Mirror Ball with Jordan Fisher in season 25 and placed 12th in the final season with Bachelor Nation star Matt James.

Lindsay, who has been married to Samuel Cusick for seven years and has a daughter, Sage, who is almost two, explained on Instagram why she is leaving the program. “I wanted to let you all know that I have decided not to be a part of ‘Dancing With the Stars’ this season. This was one of the hardest decisions, but ultimately I chose what I think is best for my family,” Lindsay began. “DWTS has been a part of my life for over 10 years now and when I say I love the show with all my heart I mean it!! This show changed my life forever and will always mean the world to me,” she continued.

“You all know family is the most important thing to me and doing the best for my daughter will always be at the top of my list!” She added von Sage, who will be two in November. She also explained that she lives in Utah with her family and that if she competes in DWTS, she “has to move me and my daughter Sage to LA and leave behind my husband Sam who works full time here in Utah. Logistically, there is so much involved in making this happen and there are a lot of sacrifices that just didn’t feel right for us this time,” she said. Lindsay went on to explain that they “exhausted every opportunity that we could think of to make it work,” but none of them “felt good in my heart or just felt right for our lives.”

“All of this is so important to me that you understand that none of this has anything to do with my love for the show as that will NEVER change, nor does it mean this is the end for me and DWTS,” he said she emphasizes. “Even though this decision was so difficult to make, I feel so much peace knowing it’s the right thing to do,” Lindsay wrote. She went on to say that she’s going to be “the biggest fangirl” this season and that she can’t wait to “see all my friends dance.”

Lindsay Arnold will no doubt miss being a part of “DWTS” this year, but she has stated that she is ready to return in the future. But for now, motherhood comes first. Sage, her daughter, will be two in November and is growing and learning all the time. Lindsay just doesn’t want to miss out on these priceless moments. Lindsay, on the other hand, is passionate about dancing. She even just admitted to enrolling Sage in dance classes.

The dancer, on the other hand, maintains a fairly active presence on social media. She is more than happy to share the achievements of the little saga with her fans. Lindsay just announced that Sage had recently started dance classes. “In case you missed it… Sage had her FIRST dance class yesterday,” the dancer wrote on Instagram. She shared numerous adorable pictures of Sage in her pink tutu. Lindsay’s friends, family and fans couldn’t believe that Sage was old enough to start taking dance classes. They filled the comments with greetings and warm comments.

Lindsay Arnold is enjoying being Sage’s mom, but it looks like she’s considering having more kids soon. In her farewell post to DWTS, she explained that she and her husband are trying to “expand” their family, “and that in itself is a complicated logistical thing, as many of you will understand.” Lindsay, on the other hand, announced in August that she had a wrong pregnancy test that broke her heart. The good news was that Sage was there to help her through her heartbreak and grief.

“When you get a positive pregnancy test and then get your period a few days later but your sweet daughter is there for you every step of the way,” she wrote in the sad Tiktok video. Many of Lindsay’s fans urged her not to give up hope.

Lindsay Arnold may not be able to compete on “DWTS” this year, but there will be plenty to look forward to. Dancing With The Stars returns on September 19th! Fans can watch the performances of Season 31 contestants and their partners on Disney+.