Why Mark Ballas’ Body is ‘Inscrutably’ Returning to DWTS 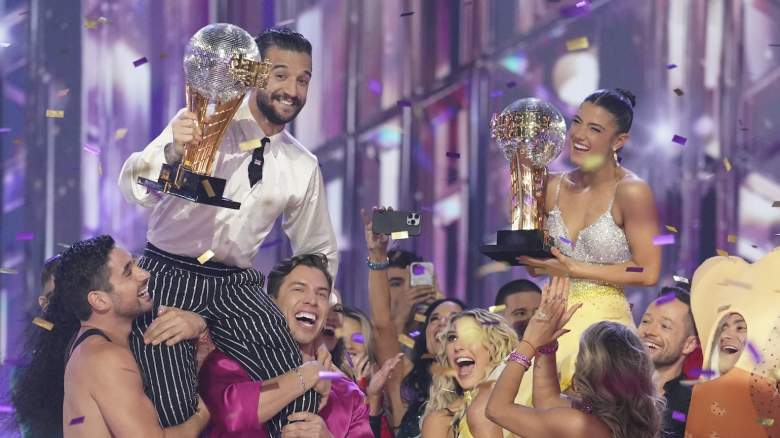 Dancing With the Stars concluded season 31 on Monday, November 21, 2022. After all was said and done, fan-favorite professional dancer Mark Ballas won his third Mirrorball trophy and became the show’s second-winning professional.

However, Ballas, who has returned from a five-season hiatus to dance with TikTok superstar Charli D’Amelio, is unsure if he will be back in the ballroom next season. The star told Us Weekly that he hasn’t made any decisions about the future.

“I do not know [if I’m coming back]’ Ballas, 36, told the outlet. “You know, the older I get, the more I try to stay very present in the moment, you know, and I think that was a big part of creating these dances.”

He added: “Each week I tried to put every aspect of creativity, care, musicality and nuance into each one. I think that’s only possible if you stay in the moment. So now I’m with Charli in this moment and… my body couldn’t even think about doing this [in] six months so I’ll let you know later.”

Ballas and D’Amelio won the trophy against finalists Gabby Windey and Val Chmerkovskiy, Shangela and Gleb Savchenko, and Wayne Brady and Witney Carson.

Throughout the season it was clear that Ballas and D’Amelio cared about each other and worked hard for their dances each week, and they spoke to Good Morning America after the finale about how proud they were of their win.

When it comes to what she plans to do after the finale, D’Amelio shared that she really just wants to “sleep.”

“The whole experience from start to finish was amazing, I had a really good time, made a great friend and had a great time working out and dancing with Charli,” Ballas told the presenters. “I had a great time being on the floor with all my comrades.”

Ballas told Page Six after the show that he picked the music for contemporary dance “Us Again” before the season even started.

“It’s funny, I have a folder of music on my phone that I’d like to create something for,” he told the outlet. “I haven’t done the show in a while and had a little connection to that song. It’s from a Disney short called Us Again. And I thought, ‘If I ever go back on the show, use this song.’ So I went back and listened to it, and when I heard it, I could see it from start to finish.”

During the episode, Ballas and D’Amelio spoke to each other about how they found their mutual love of dancing throughout the season and after their win was announced, D’Amelio was visibly emotional.

“Thanks Mark for becoming my new best friend,” she said.

D’Amelio shared on Good Morning America that she “gave everything I had” to make the Dancing With the Stars journey.

“I took so much from it, whether it was confidence in my dancing, new friends, or memories that I will remember forever,” she said. “I really had an incredible time and met so many new people.”

Dancing With the Stars is set to return for a brand new season on Disney+ in 2023.