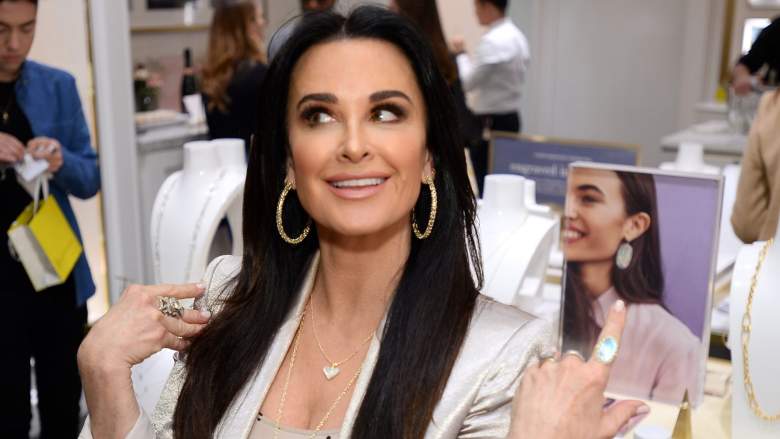 In the words of Kyle Richards, “I’m a really good mom.” And now she’s getting serious about some parenting decisions.

During an interview with People on Oct. 10, the “Real Housewives of Beverly Hills” star opened up about her family’s new reality TV show coming to Netflix and why she decided to keep her daughters on the show, after previously saying she would never let it. The new series Buying Beverly Hills explores the ins and outs of her husband, Mauricio Umansky’s, family-run real estate business, The Agency.

Richards’ two eldest daughters, Farrah, 33, and Alexia, 26, both work as real estate agents at The Agency and will be starring on the show.

“Because it’s a business show centered around our company, The Agency, they went for it,” Richards said of her daughters. “They are businesswomen and my husband is a businessman.”

Richards added, “I can’t wait for the haters to say, ‘You said you’d never let your daughters [be on TV]. i know guys I put it out there. I said that.”

Viewers can catch the premiere of “Buying Beverly Hills” on Friday, November 4th on Netflix.

When speaking to ell Australia in July 2022, Richards revealed that she actually joined “The Real Housewives of Beverly Hills” because she thought it was something she could do while raising her four daughters at home.

CONTINUE READING: Where Kyle Richards is now with Lisa Rinna