‘Why is our trauma eliciting applause?’: Dave Chappelle has been slammed by the CEO of the Anti-Defamation League for the ‘SNL’ monologue 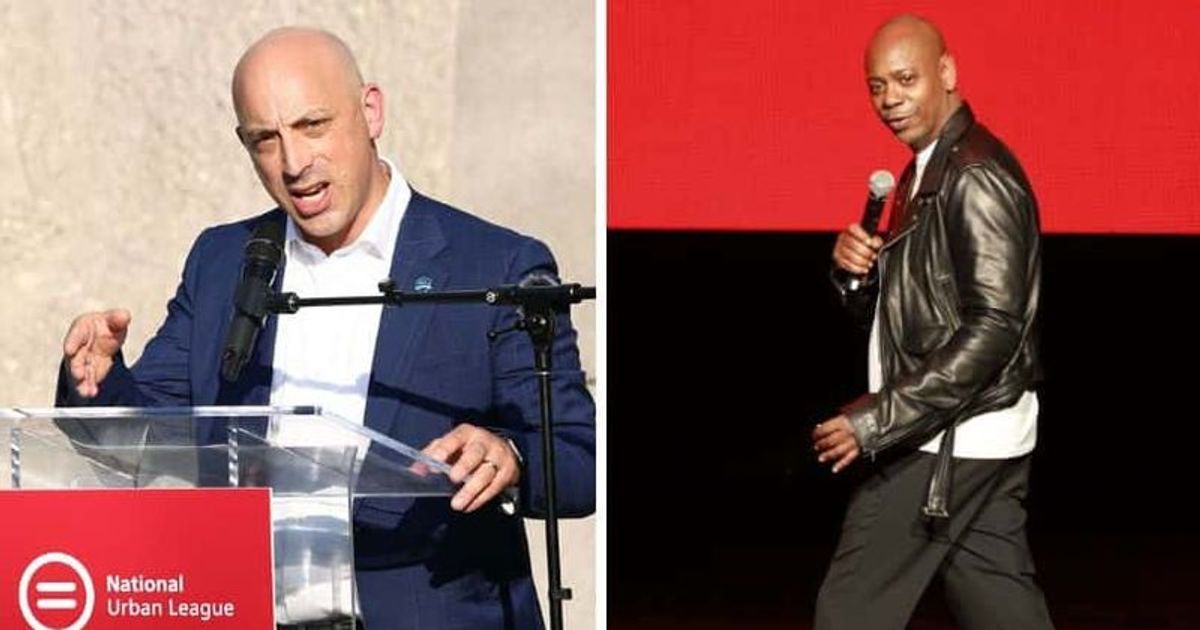 “Why are Jewish sensibilities denied or belittled on almost every corner? Why does our trauma elicit applause?’ tweeted Jonathan Greenblatt

Anti-Defamation League CEO Jonathan Greenblatt slammed Dave Chappelle’s ‘Saturday Night Live’ monologue Sunday for “not just normalizing[ing] but popularize[ing] Antisemitism.” Greenblatt tweeted on Sunday, November 13, “We shouldn’t expect @DaveChapelle to serve as society’s moral compass, but it’s troubling to see @nbcsnl not only normalize #antisemitism, but popularize it. Why are Jewish sensibilities denied or belittled on almost every corner? Why does our trauma elicit applause?”

Chappelle opened his monologue with a prepared statement he had in his pocket before addressing the debate over anti-Semitic remarks by Ye, the artist known as Kanye West. According to the Yahoo report, Chappelle has twice hosted NBC’s “SNL” after major elections, once in 2016 and again in 2020.

The 49-year-old comedian began by reading a statement he said he had prepared. He said: “I condemn anti-Semitism in all its forms. And I stand by my friends in the Jewish community. And with that, Kanye, you buy yourself some time.” Chappelle, as quoted by CNN, said that he could see West “taking on the illusion that the Jews are in show business,” saying, “It’s not crazy to think – but it’s crazy to say it out loud in a climate like that.”

Despite saying that he “didn’t freak out” about Jewish culture because he had Jewish friends, Chappelle tried to joke about how bizarre he found various aspects of Jewish culture. He invented a fake festival called “Shanana” and asked, “Why do some of your people dress like Run-DMC?” Then he responded, “Yes, that’s b—” to criticism of Ye, who claimed it wasn’t a mental illness Defense for using derogatory words. “There are two words you should never say back-to-back,” Chappelle said, having learned that lesson throughout his career. “And those words are ‘the’ and ‘Jews,'” reported The Wrap.

Chappelle then addressed the controversy surrounding Irving, who was recently banned from the Brooklyn Nets for at least five games after sharing a link to Hebrews to Negroes: Wake Up Black America, a documentary film containing anti-Semitic sentiments as previously reported by Latestpagenews. Chappelle said of the NBA star, “Calls to get back into her good graces just kept getting longer, and here I draw the line: I know the Jewish people around the world have been through terrible things, but you can.” You can’t blame black Americans for that. You just can’t do that.”

Greenblatt’s tweet received huge reactions to his tweet, and many agreed with Greenblatt’s take on trauma-inducing applause. One user tweeted: “Exactly right Jonathan. It was terrifying to watch. No trauma should be laughed at or ridiculed — none.” Another wrote, “Comedy should always hit the upside. Never down.” One user said, “I see. I feel the same way when black sensibilities are denied and diminished. The trauma is real for a lot of people out here.”

On the other hand, some hit back at the CEO and supported Chappelle. One user wrote: “What was ‘anti-Semitic’ about what Chappelle said? Chill Mr Greenblatt.” Another user wrote, “‘All of you’ (like ‘you people’) is not appropriate or fair. We are no more a monolith than any other group. I loved Dave Chapelle’s monologue. Of course, he’s crossed boundaries a few times. He does. Many other Jewish people posting here agree.” Another user wrote, “At this point even sneezing towards Crown Heights would be considered anti-Semitic. Stop it Jonathan. You are intolerable with the wolf screams.” One user wrote : “What are you talking about? @DaveChapelle
@nbcsnl said/did nothing wrong. Boy you’re a misguided bully.”