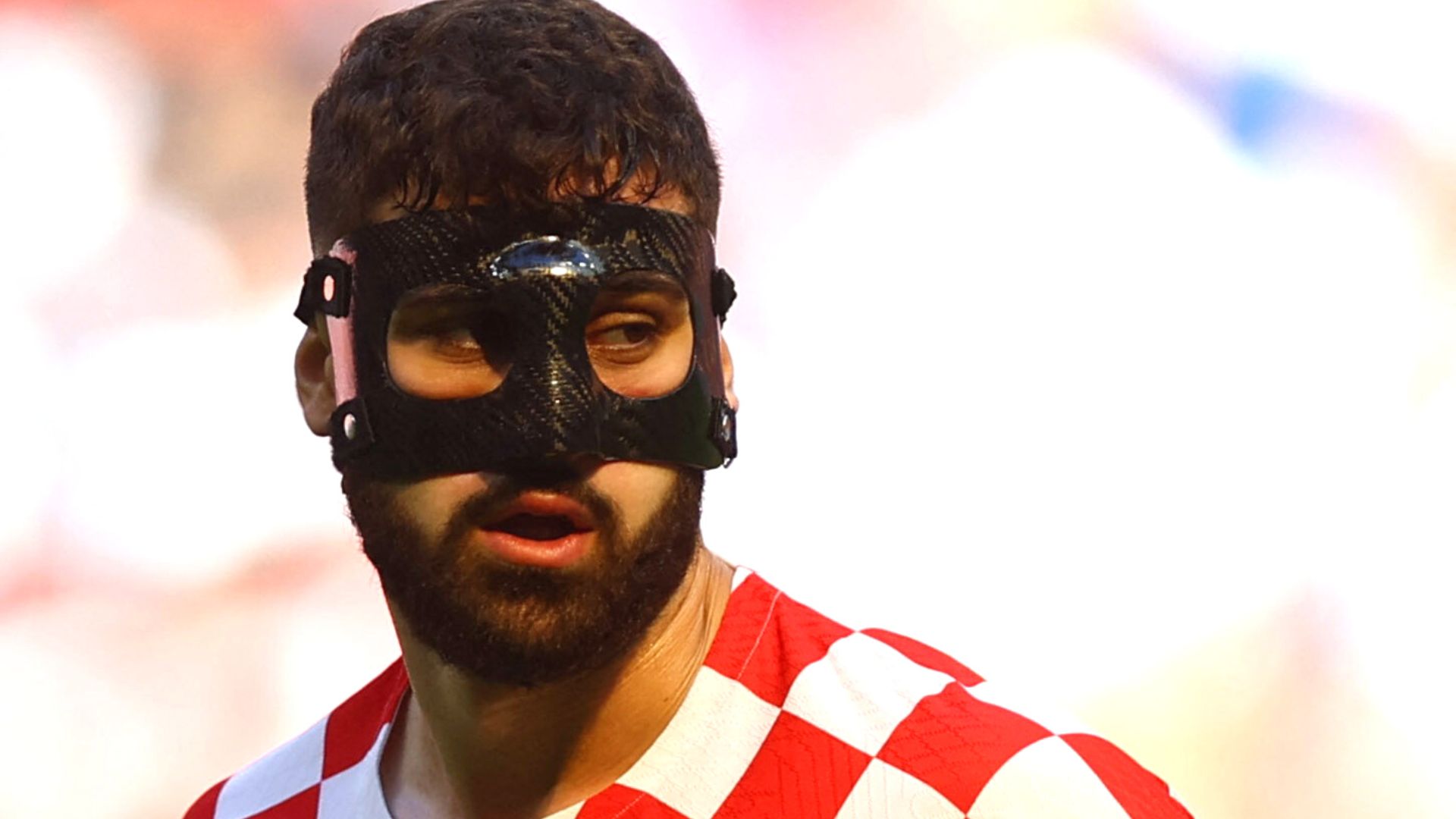 JOSKO GVARDIOL is one of the most sought-after talents in European football.

But he has remained loyal to the Bundesliga side, who are regulars in the Champions League.

And fans will have noticed the Croatian star sporting an unfamiliar facial decoration during his World Cup campaign against Morocco.

Gvardiol was hospitalized on November 10 during Leipzig’s 3-1 Bundesliga win over Freiburg.

He collided with teammate Willi Orban in the 17th minute and injured his face.

Gvardiol wasn’t supposed to start but Abdou Diallo injured his knee while warming up.

Unfortunately for Gvardiol, he injured his face with nose and eye problems and left the pitch with a bloody nose.

Scans later showed he broke his nose and will therefore be forced to wear a face mask at the World Cup as Croatia’s first game is less than two weeks away.

RB Leipzig manager Marco Rose said: “I heard he has a broken nose.

“The eye is swollen. He looks like a boxer after 12 rounds against a strong opponent.”