Why is BTS taking a break? The real reason for the group suddenly leaving the dormitories 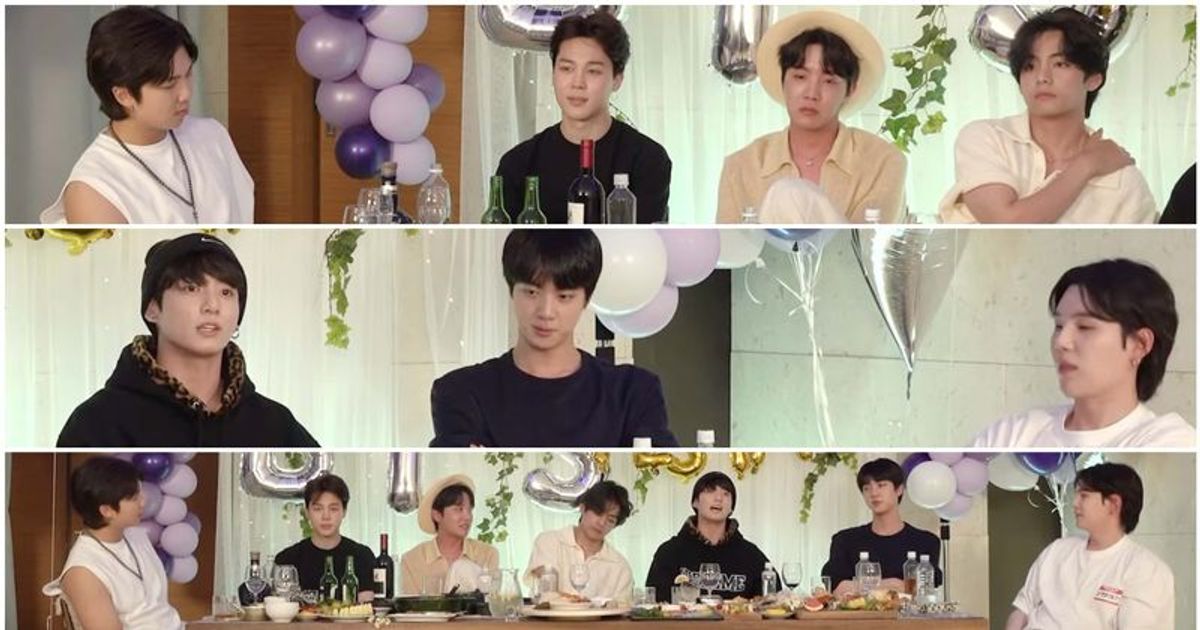 Although the members of BTS have active deals with HYBE as a boy band, fans are wondering why the members announced a sudden hiatus right after a comeback

The world of K-pop may have ground to a halt on June 14 when members of BTS revealed shocking news in the early hours (Korean time) that cast doubt on their future activities as a boy band. The news of BTS’ hiatus isn’t new as the whole world seems to be talking about it at the moment. Not only that, but some sources on the internet debunk the claims that the word hiatus is used for its literal translation, revealing that according to HYBE, the label that manages BTS’ activities, the boy band wasn’t on hiatus but wanted on Working solo activities while being part of BTS.

Despite such hopeful reports, ARMYs are none the wiser to just keep their faith in the boys and wait for HYBE to release their official statement to fans. There’s been a lot of uncertainty over the past few weeks about what’s in store for BTS in the near future since the boy band first announced the release of their anthology album Proof. Afterwards, many ARMYs wondered if BTS would break up after being together for the past nine years. Those rumors were soon shattered when BTS made their official comeback on June 10th, releasing their album along with a music video for their title track, “Yet To Come,” with which BTS promised fans they weren’t going anywhere and so forth from their Stories as BTS is yet to come.

Now, not long after, BTS has released a pre-recorded live video on their YouTube channel – BangtanTV – which has fans reaching for the tissue box after what was revealed in the video. In the video, the seven members of BTS got together to celebrate their 9th anniversary aka BTS Festa. As the members started to talk about how crucial the last few years have been to their journey and what the future holds for them, the boys got on topic and revealed that they would finally finish the first chapter of their journey as a boy band and would start a ” take a “temporary” break from their activities.

The members stated that they would focus on solo activities during this time and would do their best to eventually band together as a boy band if they can. The video ended, but the news from BTS still has a lasting impact on fans, who are wondering why BTS really announced a hiatus. According to the Korean media platform Newsen, the contracts for BTS dormitories had expired. The dorms were a place where all seven BTS members, namely RM (Kim Namjoon), Jin (Kim Seokjin), Suga (Min Yoongi), J-Hope (Jung Hoseok), Jimin (Park Jimin), V (Kim Taehyung), and Jungkook (Jeon Jungkook) have been living together for the past nine years.

The members stated that since their official artist deals with HYBE expired in 2020, the members of BTS are first closing the group’s Chapter 1 with their 2020 album Map of the Soul: 7, its lead single “On”. would. and a world tour that would take in unimaginable countries like India, Australia, Barcelona and more. The members announced that due to Covid-19, the boys have decided to extend their contracts with the label and stay for another seven years, with their current deals expiring in 2027.

In the BTS Festa video, the members began reminiscing about the boy band’s journey over the years and shared the experiences they had living together in a dorm. Members talked about living together being an experience, but pointed out that they would be moving out of their dormitories and living alone because, in RM’s words, “it’s not right for seven grown men to live together”. The leader added: “We’re more family than friends. It’s about keeping a little physical distance and protecting each other’s privacy.”

After talking about their dorms, BTS members also spoke about moving out of the dorms as an ideal time to start solo performances for the members, revealing that Chapter 2 of BTS will focus on members’ solo activities like Solo debuts, solo, will be aligned with album releases, as well as acting projects.