Who was Chance Karnes? The ex-Herrin High School quarterback, 20, was killed in a two-car accident in Illinois 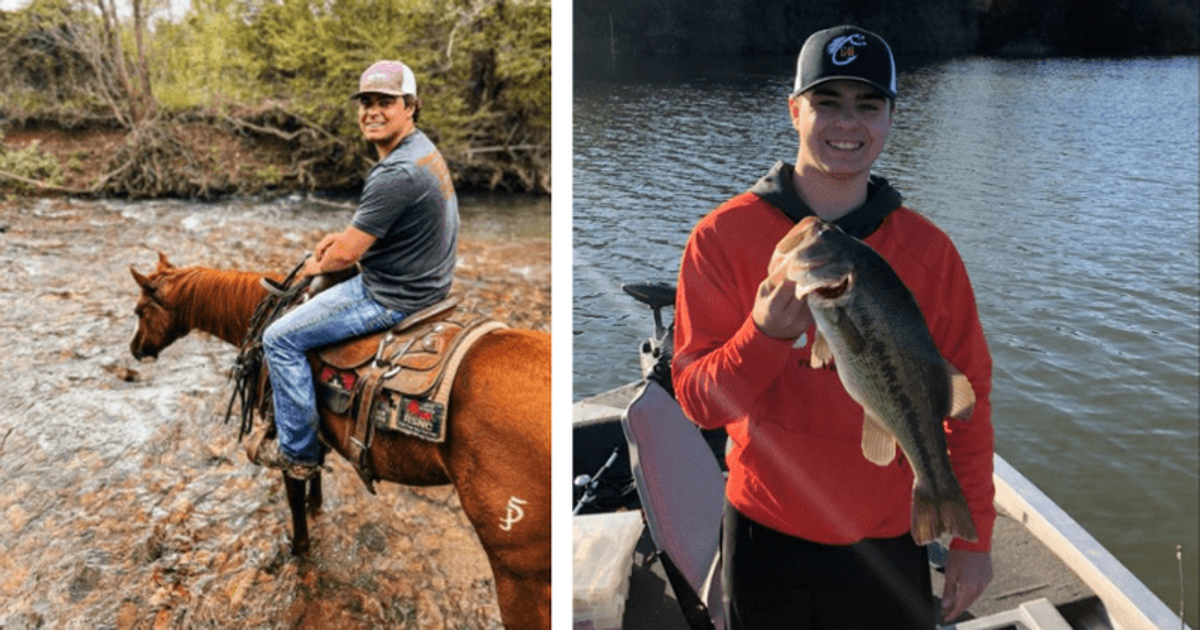 A 20-year-old man was killed in a car accident while serving as best man at a wedding in southern Illinois on Saturday, May 14. Chance Karnes was driving a Ford Bronco on Illinois Route 3 south of Red Bud, Illinois Newlyweds and other members of the wedding party when they were hit by a Chevy pickup at the intersection of old Route 3. With the exception of Karnes, who was thrown from the vehicle and killed at the scene, everyone in the Bronco was injured but is expected to survive. Ryan, 25, and Ally Fithian, 22, who married hours earlier, were among the travelers, as was Chance’s girlfriend, Destiny Gillihan, 20, of Batesville, Arkansas. Ryan was driving the car at the time of the accident and the group was on their way to a reception. Rhonda Schaefer, 57, the driver of the Chevy pickup, had minor injuries and was taken to a local hospital.

Jason, Karnes’ father, told WSIL: “[He was] a handsome young man with beautiful blue eyes. He was an old soul.[He] went to shows all over the Midwest and Oklahoma, Texas. [He] enjoyed this closed cowboy family that he was in.” Karne’s mother also described him as a tough football player. In addition to playing quarterback, he also played defensive back and punter. He had a great relationship with his father, Jason Karnes, who also happened to be his head coach. Horses were his true love. According to his mother, Brandi Karnes, he rode every day. Brandi’s son Karnes had turned 20 the day before his death.

Florida: Mom runs over 2-year-old boy while reversing, 4 years after her daughter died in a similar ‘tragic’ accident

Friends and family members of Karnes shared some of his photos on Facebook as they reminisced about the life he led. Brenda Triplett shared on Facebook, “Here’s a cowboy riding away…God you’ve given birth to such a beautiful amazing soul…20 years old…such a wonderful young man…I’m so sorry…Praying for all your loved ones & friends & community….Chance Karnes you have no idea the impact you have in this world….such a loving, bright, fun, dedicated family member & friend & legend to everyone you’ve ever met. ..you knew no strangers…you are loved by all who have had the privilege of knowing you on this journey we call life…gone way too soon…”

The accident is still under investigation. Meanwhile, the Ranch Sorting National Championships declared on their official Facebook: “A tragic loss of a great cowboy. The ranch sorting community is blessed to have known Chance. He and his infectious smile will be greatly missed.” The Post added, “A shop from his hometown produces his branded clothes for sale. Proceeds will be used to fund funeral arrangements and we think this is a great way to keep his legacy alive. We have provided the link below. But most of all, please pray for everyone involved in the accident and all his loved ones. ✞ Rest in peace, cowboy.” After graduating from high school, Karnes traveled all over the country and competed in many rodeos and even tried his hand at bull riding, but he excelled at the horsemanship.