‘Who on earth invited him?’: Prince Harry hit out for ‘giving a talk about freedom’ in the UNGA speech. 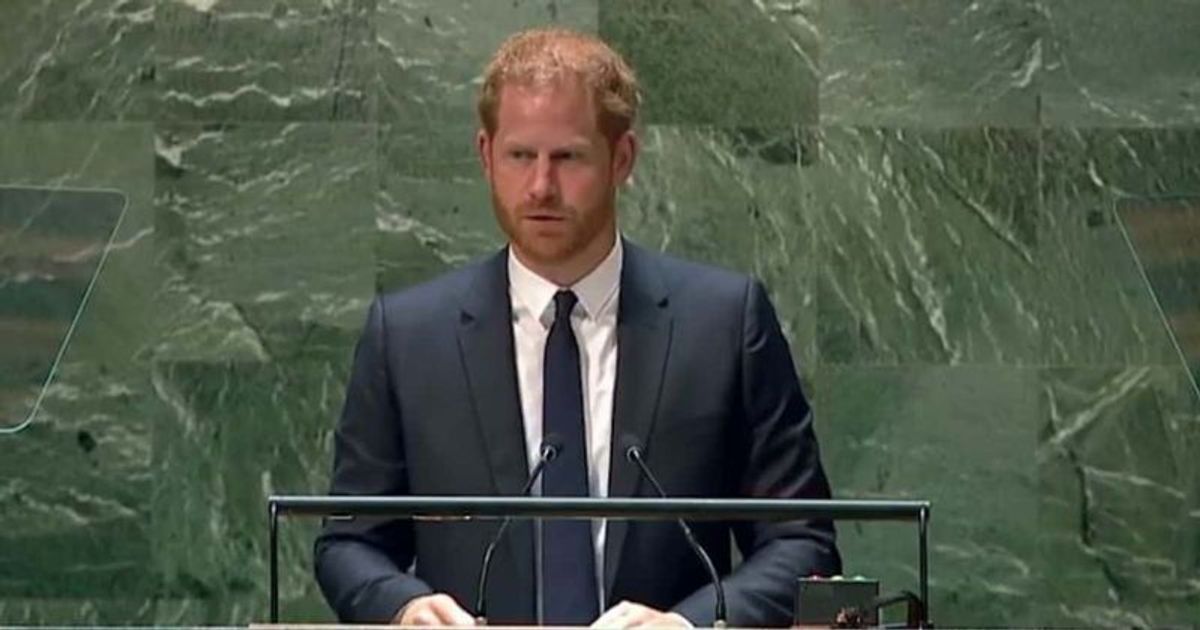 “Prince Harry is out here trying to ‘educate’ us about the global assault on freedom,” said one user

Prince Harry, who was joined by his wife Meghan Markle during a speech at the UN General Assembly in New York City in honor of Mandela Day, has been attacked by critics who disagreed with his assessment as the Duke of Sussex focused on The Supreme Court’s recent ruling in Dobbs v. Jackson Women’s Health Organization, which resulted in a decision overturning the landmark abortion cases Roe v. Wade and Planned Parenthood v. Casey, calling them part of a “global assault on democracy and freedom.” .

In his speech, 37-year-old Harry quoted a letter Mandela wrote from his prison cell in South Africa in 1970, which said: “Hope is to a freedom fighter what a life preserver is to a swimmer: a guarantee that you will stay afloat remains and free from danger.” He told the UN ambassadors it had been “a painful year in a painful decade”. And added: “Climate change is wreaking havoc on our planet, with the most vulnerable suffering the most. The few, armed lies and disinformation at the expense of the many. And from the appalling war in Ukraine to the roll-back of constitutional rights here in the United States, we are witnessing a global assault on democracy and freedom – the cause of Mandela’s life.”

After the speech, many slammed him for his views and quickly took to Twitter to tell him, “Don’t lecture us about freedom.” One wrote, “First off Sonny. Second, I think you come from a nation where people can get police visits for saying mean things on the internet and reading Churchill out loud, so don’t lecture us about freedom. Another user said: “Welcome to the United States, Prince Harry. You’ve now experienced both sides of the First Amendment… your freedom to say what you want and our freedom to say we want you to go.”

Twitterati continued to slap him and told him not to educate her. One user commented, saying: “Prince Harry is out here trying to ‘educate’ us about the global assault on freedom. Is he still considered a prince? lol. Baba, your own kingdom doesn’t want you anymore, you should try to fix this relationship first. Nothing is free anymore, not even in Free Town. #HarryandMeghan.” Many asked who invited him to the platform. One person said: “If Prince Harry were to keynote a small conference of genealogists or orchid growers in the UK, most attendees would find it amusing at best, ‘a Bit off the mark’. For him to speak before the UN Assembly on democracy and freedom is absurd. Who on earth invited him?”