Who is Tom Parker’s wife? Kelsey swears to be his “strength” after being diagnosed with cancer 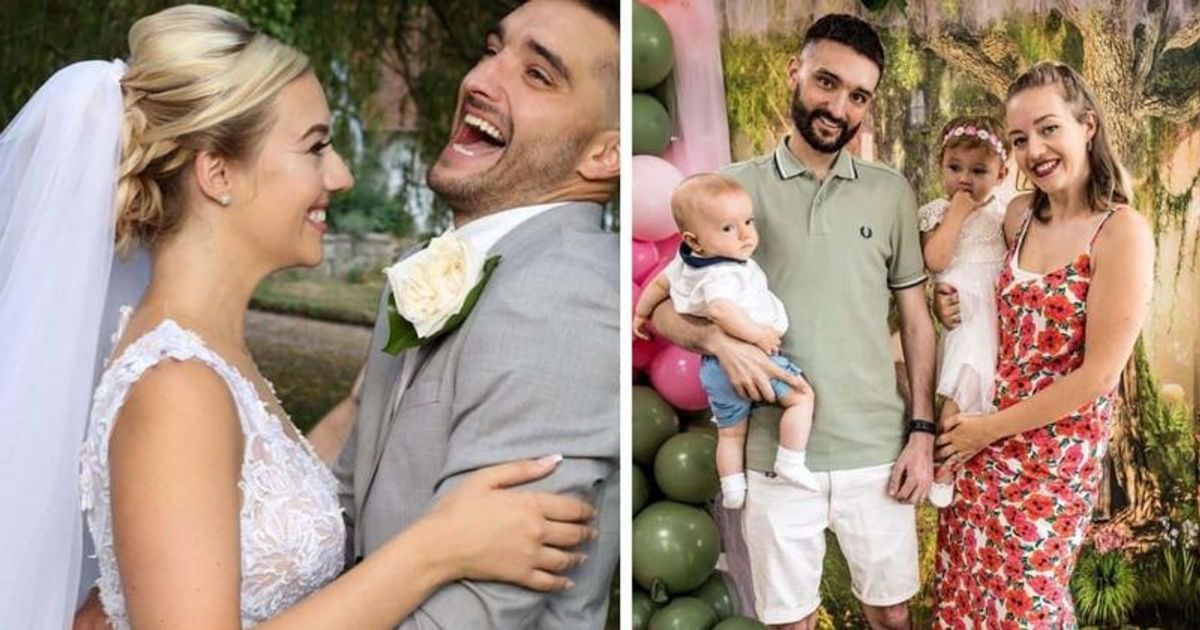 In a recently released documentary, singing sensation Tom Parker got emotional as he spoke of his obsession with death since he was diagnosed with cancer. Parker, 33, was diagnosed with end-stage brain cancer and said he only had 18 months to live when it was found he had an inoperable brain tumor in 2020. However, the star now has higher chances of beating the disease after completing six rounds of chemotherapy and 30 sessions of radiation therapy.

“Fear is an understatement. I was petrified,” said Parker in the documentary “Inside my Head”. “It’s so hard to think about the future because I really don’t know what it will bring anymore.” During his treatment, he was “unable to walk around the kitchen,” he said in the documentary.

Who is Kelsey Parker?

“It has been an emotional couple of months for me and my family. But I am determined to combat both the disease and the dire situation of chronically low research aimed at finding a cure and treatment for glioblastoma,” said Parker. “In this documentary, I am not only exploring the medical and human aspects of this disease, but I am determined to raise awareness and raise as much money as possible through the concert to advance vital cancer research and develop new treatments.”

Parker’s wife, Kelsey Parker, admitted that she burst into tears while watching the documentary and that she promised “always to be his forte”. After the documentary aired, Kelsey took to Instagram and posted a story of himself and Tom with his hands folded.

“Yeah, look, my eyes are still puffy! Thanks for all of your love, messages, and support. I wanted to get in touch with you all. You were great,” Kelsey said in the documentary.

Kelsey Parker was born on March 7, 1990 and is an English actress and vlogger. She is known to play the role of a Hogwats student in “Harry Potter and the Prisoner of Azkaban”. She has appeared in various other films including ‘Abducted’ and ‘Legacy’. Kesley graduated from Italia Conti with a degree in performing arts at the age of 19 with a diploma in performing arts. She owns a fashion boutique called Kelsey Loves and is also a co-founder of the performing arts academy K2K Stars.

Tom and Kelsey have been together for more than 10 years and have two children together – daughter Aurelia and son Bodhi. Shortly after the disease was diagnosed, the singer used social media to express his love for his wife.

“December 2009 ……… 11 years later,” he wrote on social media. “We met in a nightclub and I fell head over heels in love with you. It’s been an incredible journey so far, lots of adventures, lots of love and two beautiful children. A few small obstacles to overcome, but nothing we can’t get can get through together. I love you so much. “

The couple have hit Instagram again and again, and on the anniversary of Parker’s diagnosis, Kelsey posted a picture with the caption, “We met and fell in love 11 years ago when we were kids. Crazy, young, adventurous and a little bit drunk, but so in love. This year we faced the greatest challenge, but we have the most important things and that is each other and our beautiful family. Thomas Parker – you are my strength. Happy Anniversary Baby “.

Here’s a look at some more pictures of Tom and Kelsey: