Who is Sophia Urista? Ex-‘Voice’ candidate PEES on fan at concert, band apologizes 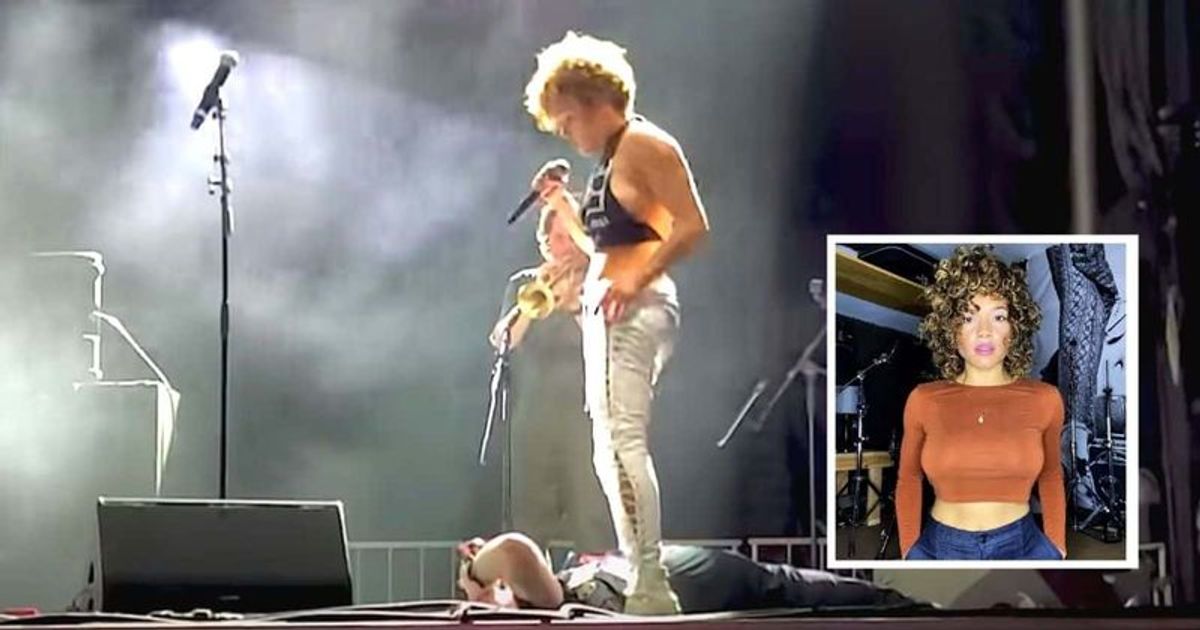 “Sophia let herself be carried away. The rest of us didn’t expect that, “wrote the rock band Brass Against in their apology tweet

Best known for their covers of classic hits, New York rock band “Brass Against” officially apologized after frontwoman Sophia Urista performed a shocking act on stage during the Rockville Festival in Daytona Beach, Florida. In the middle of her performance on Thursday November 11th, Urista accidentally took off her pants and urinated in the face of a fan lying flat on the stage. The act was condemned by the Welcome to Rockville festival attendees who were the least willing to witness such a thing.

An NSFW video of the entire incident is currently going viral on social media, leading fans to shame Sophia Urista and the band for allowing such an act to happen. Allegedly, the band was playing a version of “Wake Up” by Rage Against The Machine when Urista invited a fan onto the stage. After asking him to lie down, she casually pulled down her pants and engaged in a ‘golden shower’. It’s unclear if the fan was aware of the act before, but he didn’t seem very concerned when Urista continued to urinate on him.

“We had a great time at the Welcome to Rockville last night. Sophia let herself be carried away. This wasn’t what the rest of us expected and it’s not something you will see again at our shows. Thanks for bringing it up last night, Daytona. ”Tweeted the band from their official account on behalf of Sophia Urista.

The 35-year-old singer is best known for her days on the singing reality show “The Voice”. In 2016, she took part as a contestant on the NBC show’s 11th season. She is also a former medical student who opted for a career in music after being mentored by Quincy Jones.

Urista, who has over 66,000 followers on Instagram, achieved considerable success and recognition as the lead singer of “Brass Against”. Her songs can be found regularly among the iTunes chart toppers and SoundCloud. In her private life, the LGBTQ icon is engaged to fitness trainer Jessica King. In previous interviews, Urista had often stated that she came from a “conservative background”. However, fans are still stunned by their favorite singer’s shocking and disgusting act.

“What Sophia Urista did on this fan’s face during a live concert is more than disgusting. I’m not going to say exactly what Urista did while trying to keep my PG-13 Twitter page. Which is almost the same The bad thing is that people are normalizing this. If the world is like this, it will end soon, it could be a good thing! ” wrote another shocked fan on Twitter.

A third fan asked Sophia: “How do you get” carried away “and pull your pants down to urinate in someone’s face?

“Yes, I just blocked them,” announced another fan.

Urista has not yet personally apologized for the incident. Meanwhile, the fan’s identity has not been revealed.