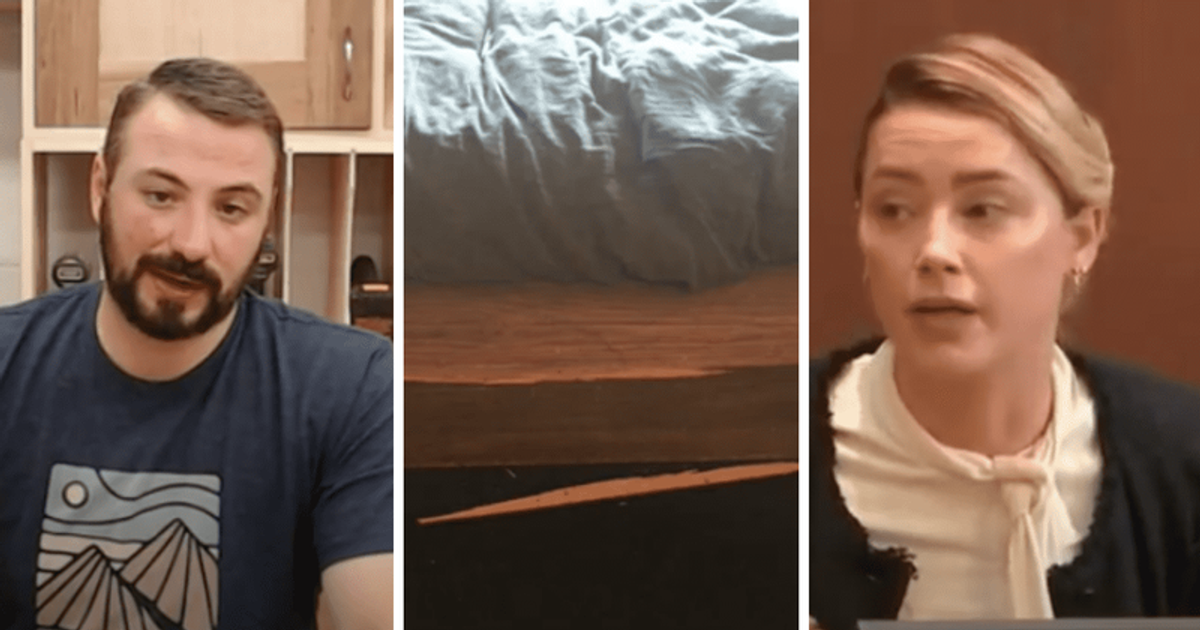 Johnny Depp and Amber Heard’s recent legal drama has captivated everyone around the world. Not only her fans are interested in the case, but also lawyers and law students who are not directly involved in the case. The landmark case is attracting experts, from body language gurus to legal sharks, to come up with their own observations and theories on Johnny Depp and Amber Heard’s claims in court.

One such person is Rob Moreton, who has been a trial attorney for over a decade and also enjoys woodwork. He’s also spoken about Hollywood’s real-life drama, which is currently unfolding in a Virginia courthouse, through his newly launched YouTube channel, Law & Lumber.

However, rather than discussing the entire trial, which began April 11, Moreton chose to examine a specific portion of Heard’s testimony on his new page, which reads, “At Law & Lumber, we will discuss legal issues that affect the average person while also taking time to create beautiful furniture in the wood workshop. Join us and lets make the law a little less complex and boring as we discover some fun things to do in the store and little DIY tricks.”

During her testimony in court, the ‘Aquaman’ actress gave detailed information about the alleged abuse she suffered at the hands of her ex-husband. She also mentioned a specific incident that appeared to have occurred at Depp’s LA condominium on December 15, 2015, when he allegedly assaulted her. Identifying the photo of a broken bed, she said, “It’s the bed that Johnny broke while he was on top of me.”

The 36-year-old actress had reportedly provided a lengthy account of the same incident during the UK trial in 2020. The statement she made at the time reportedly said the ‘Charlie and the Chocolate Fact’ star dragged her and went into a bedroom before “pushing her face down into the mattress, suffocating me and pulling out more hair “. She added that the alleged attack left the “bed frame splintered”.

But Moreton has tried to suggest through his analysis that Heard is lying. He claimed that the splintering of the bed frame, which the actress claimed Depp, who was wearing boots at the time, put pressure on with his foot, was not possible. The YouTuber noted that the bed frame was made of wood and the way it was broken can’t be due to the pressure of a boot, unless it’s a “spy boot” which has sharp edges.

Additionally, Moreton noticed a pocket knife in the photo of the broken bed that Heard identified in court, suggesting it may have been used to break it. He even demonstrated this in his video. Moreton also pointed to the fact that the alleged abuse took place on December 15, but the photo was taken on December 16, suggesting there was ample time to “collect the evidence.”

Moreton shared the video on May 9 and more than 5,000 viewers saw it, with many people praising his eagle eyes and detailed analysis. One viewer commented: “The only thing I could think of was that the wood had already pre-splintered from an unrelated incident and the boot just dislodged the splinter, but that’s not very convincing. When I see you pretty much nailed the break with that knife, I think she was running around creating evidence. Another said: “Holy! The ending with the “unidentified object” on the bed was really a micdrop ​​moment. Damn!!” “I’m so happy you have a video!! It’s so interesting that you can combine your two passions to explain legal evidence that we’ve all seen. It made things so much clearer. I totally agree with you that a sharp object caused the damage to the bed. Thanks for the great explainer video!! Good luck with your new channel!!” the third added.