Who is Randall Dunn? Ex-director sued by mother of Chicago boy Nate Bronstein who was driven to suicide by thugs 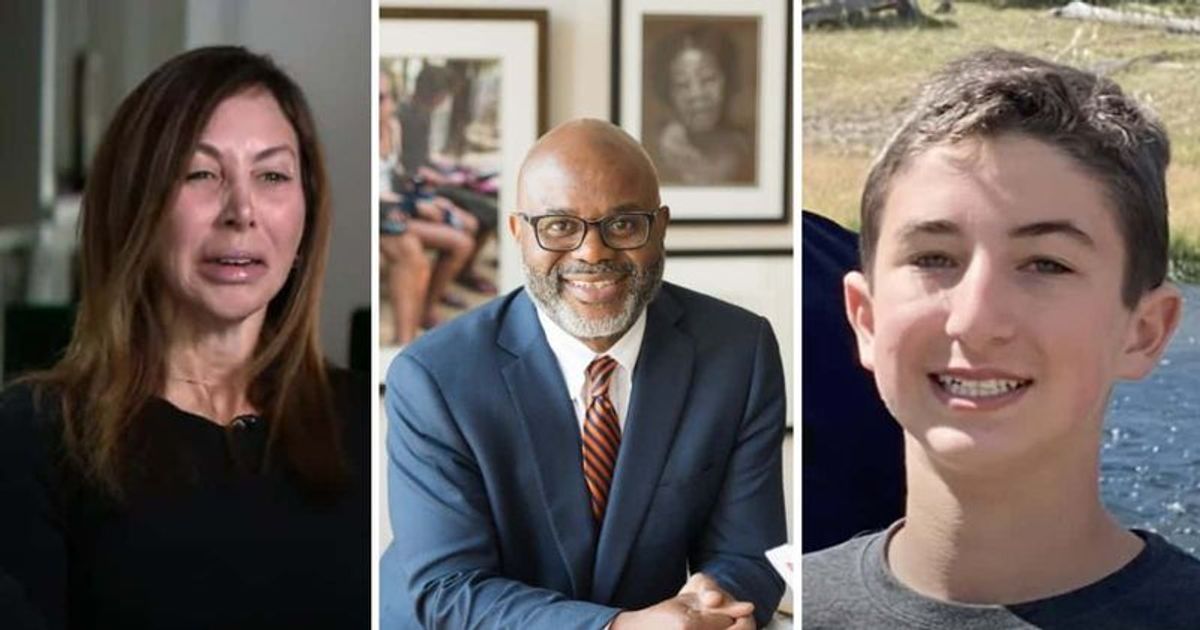 Rosellen Bronstein, whose son Nate was driven to suicide by bullies at a Chicago school, has called for Randall Dunn to be fired from his new job

A mother whose 15-year-old son was driven to suicide by bullies at his Chicago private school has called for her former principal to be fired from his new job for allegedly failing to prevent the tragedy. The mother, Rosellen Bronstein, 48, has also accused Randall Dunn, 57, of failing to discipline her son’s bullies. She has filed a $100 million lawsuit against the Latin School of Chicago and its former principal, Dunn.

The mother made the move after learning that Dunn was set to take over as director of the prestigious Rye Country Day School in Westchester, New York, in July. “I’m warning all parents at (Rye Country School.) This is going to happen again. Your children will not be protected in this school under Dunn…” Bronstein said, recalling her son’s bullying.

Who is Randall Dunn?

The mother told the New York Post: “Dunn doesn’t care about students. He takes care of himself and his career. He’s a scammer. He’s dishonest.” Bronstein’s son Nate killed himself in January. His family later claimed that Dunn and others “deliberately disregarded” and hid the bullying and harassment Nate endured toward classmates “to maintain their prestigious facade.”

Nate Bronstein was allegedly harassed over a rumor he wasn’t vaccinated. Andrew Sanchez, a geometry teacher, regularly humiliated the boy, even going so far as to tell him he was “not going anywhere in life,” the family claimed in the lawsuit. Nate was found hanging from a noose attached to a shower in a bathroom at the family home a month after a classmate told him to kill himself.

According to Dunn’s LinkedIn profile, he studied at Brown University and Harvard Graduate School of Education. He became principal of the Latin School of Chicago in July 2011, having served as principal for the Roeper School in Bloomfield Hills and Birmingham, Michigan since 2004. Early in his career he worked at the Potomac School in McLean, Virginia; the public school system in Brookline, Massachusetts; Milton Academy in Milton, Massachusetts; Concord Academy in Concord, Massachusetts; and Derby Academy in Hingham, Massachusetts unveils the National Network of Schools in Partnership.

Bronstein said after her son’s death, “I warn all parents about this [Rye Country School.] This will happen again. Your children will not be protected in this school under Dunn.” However, Latin School said in a statement that the family’s allegations were “inaccurate and misplaced.” Putting students first, as they did in this case,” Latin School said. “The school will defend itself, its faculty and staff against these baseless claims.”

Bronstein believes Dunn was definitely aware of the abuse Nate was subjected to. “They spent more time yelling at my son for covering his nose with that damn mask than teaching the kids to be inclusive and kind, thoughtful and caring,” she said.

The mother also claimed that the school downplayed Nate’s situation because he is white. “They are very focused on themselves [Diversity, Equity and Inclusion] stuff and all their progressive bulls**t,” she fumed. “I can assure you that if my son had been black and this had happened, it would have been handled very differently. But my son was a white Jewish kid.” The Bronsteins said Dunn promised to investigate Nate’s suicide, Bit didn’t. They added that none of his bullies were expelled.

Meanwhile, Rye Country Day School said Dunn told them about the boy’s suicide. The school claimed it communicated with the principal and the Latin school “to better understand the situation.” “Student safety is of paramount importance to the RCDS Board of Trustees, which is made up almost entirely of current parents. A Board of Trustees has examined the details of this tragic case and found no evidence to support the aggressive allegations against Mr Dunn or raise safety concerns for the RCDS community,” the school said. “Mr. Dunn has an exemplary 30-year track record as a compassionate and ethical educator and we look forward to him joining RCDS.”

Tax forms have reportedly shown that Dunn earned $750,000 in Chicago in 2019-2020. At Rye, his salary is expected to exceed $1 million. A Dunn representative reportedly said: “The loss of a child is an unspeakable tragedy and Mr Dunn’s heart goes out to the Bronstein family. While it is understandable that grieving parents would seek to assign blame, that blame is misplaced and the allegations of wrongdoing made by the Bronsteins against Mr Dunn are completely false and unfounded.”