Who is Noa Kirel? The Israeli pop star dons a Kanye West outfit as “f**k you” to the rapper at MTV EMAs 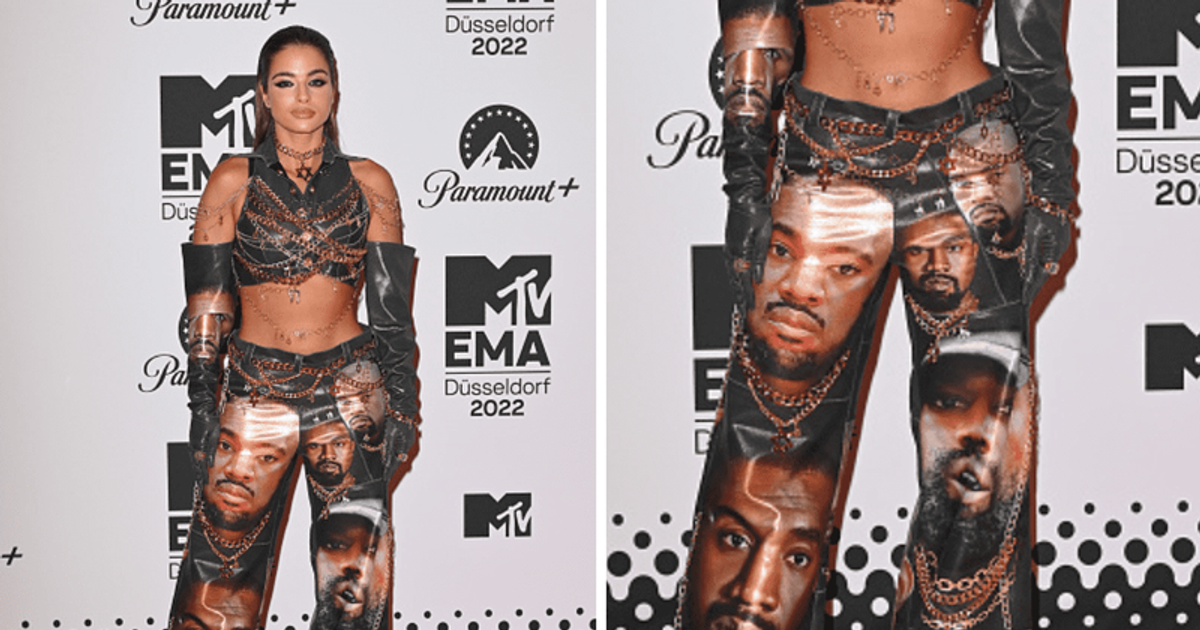 The provocative look, featuring Yes’s face on the pant legs and sleeves, was a collaboration with Noa Kirel’s stylist Itai Bezaleli

DUSSELDORF, GERMANY: Celebrities caused a stir with their exquisite outfits at the MTV Europe Music Awards 2022, held at the PSD Bank Dome in Germany on November 13. But Israeli pop star Noa Kirel took a different approach, arriving at the star-studded event in a wacky ensemble with a message for controversial musician Kanye West.

The 21-year-old pop star wore a combo set covered in prints of Kanye West’s face. Noa flaunted her toned abs and complemented her look with gold accessories and a pair of matching gloves. The Eurovision Song Contest contestant wore her hair slicked back and wore a full face of make-up. Speaking about the idea behind her outfit, Kirel, who won Best Israeli Act at the MTV EMAs for the fifth straight year, told Variety that she “had this idea that came to mind: after all the anti-Semitic stuff that Kanye said about Jews — and I’m Jewish — I knew I had to have something that’s going to be powerful on the red carpet.”

“I really wanted it to be a message and not just a regular outfit. And it takes some nerve, but I think the message has been received,” she added. The provocative look, featuring Yes’s face on the trouser legs and sleeves, was a collaboration with Kirel’s stylist Itai Bezaleli. “He said, ‘Okay, crazy woman,'” Kirel said with a laugh, adding that Taylor Swift also “liked the outfit.” Kirel, still a little overwhelmed from meeting Swift in person, said, “When I saw her, she just sat there and you know, I’ve got the Israeli chutzpah, so I thought I’ll introduce myself.”

Born on April 10, 2001 in the central Israeli city of Ra’anana, Noa Kirel is an Israeli musician, actress and television presenter who started her career in 2015. Kirel’s parents originally named her Noya, but later changed her to Noa after a rabbi asked her parents to change her name so she could fight her severe kidney disease.

The 21-year-old rose to fame after starring in a documentary called Pushers, which also starred her father Amir. In 2015, Kirel performed her first song “Medabrim” on YouTube. Later that year she released another song called “Killer”.

She represented Israel in the International Artist category at the MTV EMAs in November 2017. Earlier this year, the singer announced that she would represent Israel in next year’s Eurovision Song Contest. “With a decision from my heart, I put everything aside and go into this with full faith,” she said. “I’ve always been proud to represent this country.”