Who is Julius Francis? Ex-champion boxer-turned-security KOs unruly man with ONE punch 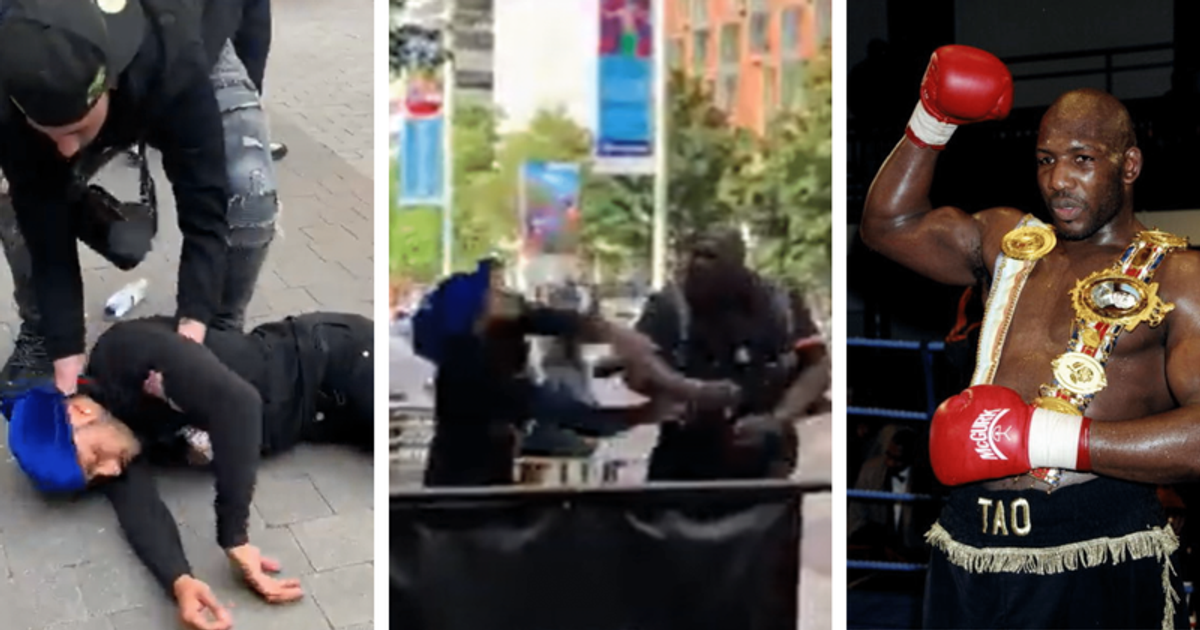 57-year-old Francis, who is known to have won 23 of his 48 fights, lost to boxing legend Mike Tyson in Manchester in 2000

Former British boxer Julius Francis knocked a man unconscious with a single punch outside BoxPark in Wembley. Video of the incident has gone viral on social media and shows an argument between some men as venue security personnel gather to prevent the fight from escalating.

A rowdy man can be seen aggressively yelling “F*ck you!” before you shove a security guard. After moments of violent behavior as the man advanced towards Francis, the heavyweight champion delivered a punch, knocking him unconscious. The former boxer, who once fought Mike Tyson, then walked away while the hooligan fell to the ground.

Boxing editor Michael Benson posted the video with the caption: “Former British Heavyweight Champion Julius Francis (who fought Mike Tyson) is now working as security at BOXPARK Wembley and is dealing with some issues today…” The video, originally posted by @GloryGloryTott, has 6.4 million views while the same video posted by Benson has 5.9 million views.

Met Police said: “Police are aware of footage circulating on social media showing an incident involving security personnel and a member of the public outside Boxpark in Wembley. An investigation into the circumstances, including establishing the identity and well-being of those involved, is ongoing. There have been no arrests and an investigation is ongoing,” according to The Sun.

Meanwhile, BoxPark said: “Our team is aware of footage being shared online. This incident is currently being reviewed and is part of an ongoing police investigation and as such we are unable to comment further on the incident at this time. We want to emphasize that the safety and well-being of our customers and our employees is our top priority,” reports the portal. Francis, 57, who is known to have won 23 of his 48 fights, lost in Manchester in 2000 to the Boxing legend Mike Tyson.

One user tweeted: “Good for Julius Francis [x4 clapping emojis]. He followed SIA protocols. Despite being threatened and verbally abused, he kept stepping back and doing nothing until this rowdy, aggressive, rude p***k walked up to him. He should be commended for his restraint [x2 thumbs up emojis].”

Another said: “Julius Francis has been retired for 16 years but these guys had no idea they were messing with a former British and Commonwealth Heavyweight Champion. The last thing that goes is power.”

A third joked: “I just saw this is Julius Francis see that’s usually the difference between a fighter and a mouthpiece [laughing face emoji].” A fourth added: “Look, most of us mere mortals see those horrible testicles at night and secretly wish we could take shots like that. Of course we can’t do that, so we fantasize about it on the night bus home. But we’re not built like Julius Francis.” A fifth quipped: “Today’s boxing lesson: if you come to BOXPARK Wembley, be nice to Julius Francis. [winking face emoji].”

While one user said, “This is Julius Francis [crying face emoji] Guy has iron hands. former Heavyweight Champion of England and he fought Mike Tyson. Absolute legend, he used to teach me boxing at the center.”

Another user laughed: “If nobody tells you that the security guard you start with is former heavyweight Julius Francis [grinning face emoji] [punching emoji].”

A third replied: “That’s why people need to humble themselves! Little did the boy know that the quiet bouncer he was provoking was former British 3-belt champion Julius Francis, who once shared a ring with Mike Tyson. Show respect to get respect.”