Who is Jordan Coleman? Mayor Eric Adams’ son, also known as rapper “Jayoo,” is competing on the Albanian equivalent of “American Idol.” 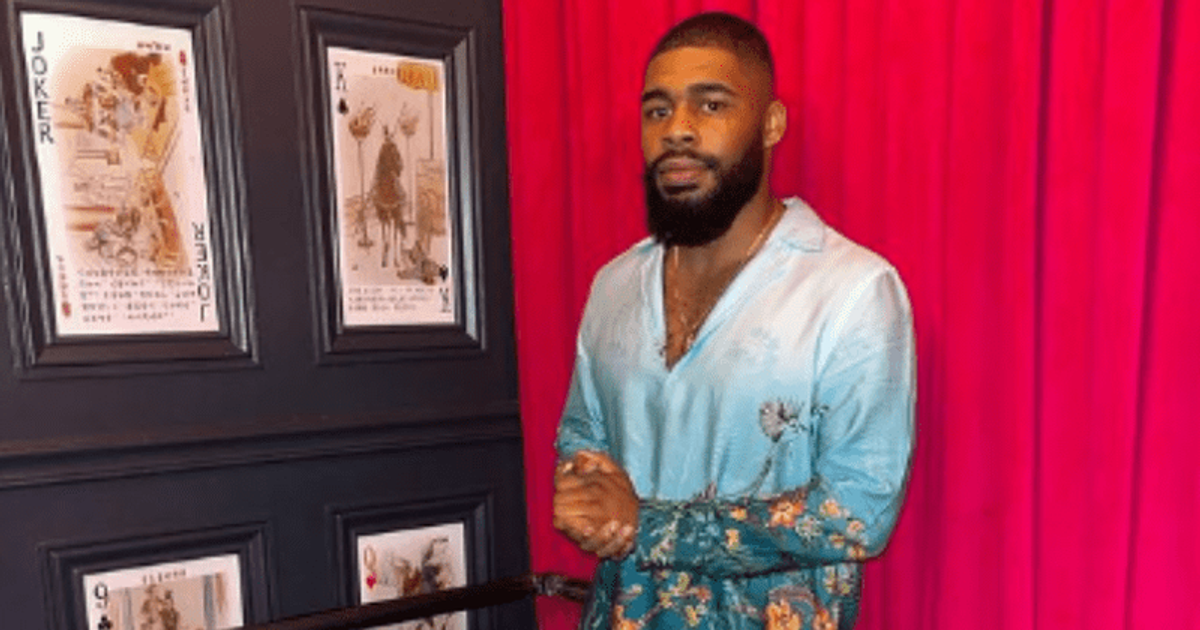 TIRANA, ALBANIA: New York City Mayor Eric Adams’ first son Jordan Coleman aka rapper ‘Jayoo’ has returned to the stage to compete on the Albanian equivalent of ‘American Idol.’ The 26-year-old, who wants to become an “international rap artist”, took the stage in the capital Tirana on Wednesday evening, November 24.

The ‘Itsy Bitsy’ rapper is crawling into his rap dreams!

Jordan Coleman donned black sunglasses during his stage performance and opted for a bare chest, with only a red and black patched jacket. Supported by two dancers, the aspiring rapper performed his infamously raunchy “Itsy Bitsy” rap. Kenga Magjike, the American Idol-style competition, which translates to ‘Magic Song’, is an annual competition hosted by TV Klan, welcoming artists from Albania and internationally.

Who is Jordan Coleman?

Jordan Coleman is the son of ex-cop and current New York Mayor Eric Adams and Chrisena Coleman. He graduated from American University, where he studied film and media arts. The 26-year-old, who currently works in the film department of Jay-Z’s Roc Nation, is known as an actor, filmmaker and activist. For months, Coleman has been promoting his upcoming performance at the Balkans singing competition. After his first appearance in September, he wrote on Instagram: “I want to be an international rap artist, this was a big step in that direction.”

Coleman was the voice actor behind Tyrone the Moose on Nickelodeon’s The Backyardigans. He played Tyrone in the second and third seasons of the series. In 2011, Coleman played the role of Smiley Johnson in the film Payin’ the Price. The film won HBO’s Best Feature Film competition at the Martha’s Vineyard African-American Film Festival. He also won America’s Best Dance Crew Champions for Charity Show in 2012.

In 2016, he got the opportunity to work with TEDx in partnership with American University to give a talk on success. He “directed two award-winning films by the age of 17,” TEDx reported. After finding great success on television, he funded his first film, Say It Loud, which focuses on the importance of education for African American men. The documentary starred Senator Cory Booker, Kobe Bryant, Michael Strahan, Ludacris and more. Coleman’s net worth is estimated to be around $10 million, according to the Net Worth Post.

In February, Coleman’s father, Mayor Adam, gave a controversial press conference in which he proposed a ban on exercise music and videos that promote violence. The mayor’s request came shortly after 18-year-old rapper Jayquan McKenley, aka Chii Wvttz, was gunned down in Brooklyn. Coleman then gave an interview in which he claimed his father didn’t quite understand drill music, he told Complex. “To say the drill scene will be banned is outrageous because you can’t ban a genre of music — any kind of genre of music,” he said.

Coleman even texted his father after the remarks surfaced online, saying: “Dad, you can’t speak for me. I have drill rappers on our label as clients and I like drill music. You can’t ban a genre. And I’m not sure why you said what you said, but I disagree.” Coleman says Adams replied, “I understand what you’re saying and you’re free to disagree. We come from different times.”

A vote will decide which artists will compete in the finals of the competition on Saturday.