Who is Javier Gomez? Biden praises the 18-year-old teenager who staged a strike against Florida’s Don’t Say Gay law 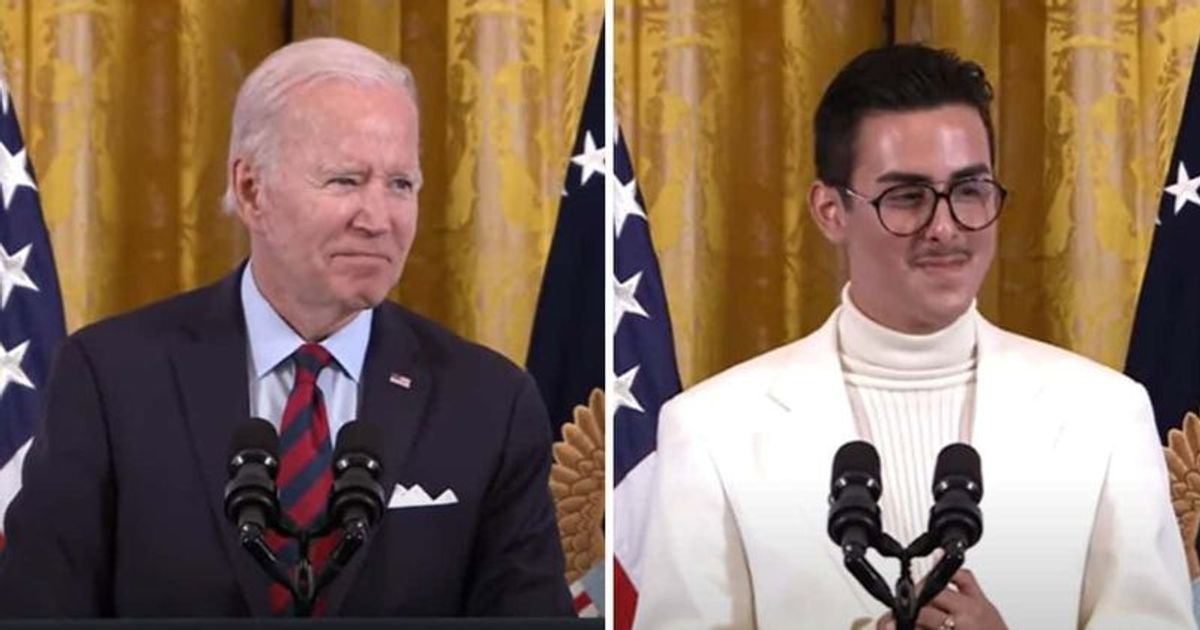 President Joe Biden attacked the “Ultra-MAGA legislation” on Wednesday, June 15, and signed an executive order rolling back a wave of anti-LGBTQI+ legislation. He condemned hundreds of these “Ultra MAGA” laws that discriminate against gays and transgender people. The president described the signing of the executive order to reverse the effects of more than 300 laws as a battle for the soul of the nation.

“I don’t have to tell you about the Ultra-MAGA agenda that attacks families and our liberties,” Biden said at a Pride Month event at the White House. “Three hundred discriminatory bills introduced in states across the country…”

Who is Javier Gomez?

Biden added, “In Texas, he’s knocking on doors to harass and investigate parents raising transgender children. ‘Florida is about Mickey Mouse, for God’s sake.’ Conservatives in Florida turned against Disney for opposing a law that forbade school teachers from having discussions about sexual orientation or gender identity in classrooms — described by opponents as ” Don’t Say Gay” law.

Executive action, unveiled June 15, requires the Department of Health and Human Services to work with states to expand gender-affirming care. It directs the department to expand access to youth psychiatric counseling and strengthen protections against discrimination in the care system. The department also aims to clarify that state-funded programs cannot offer “conversion therapy,” a practice aimed at changing a person’s sexual orientation or gender identity.

Biden valued key gay and transgender officials in his administration, including Admiral Rachel Levine, assistant secretary of health and first openly transgender four-star officer in the nation’s uniformed services. He also saluted Shawn Skelly, the undersecretary of defense. “The first and second transgender Americans to be confirmed in the Senate in American history,” Biden said. The President also praised Javier Garcia, a gay Florida student who left his school in protest of Florida’s Parental Rights in Education Act. Garcia, who shared the stage with Biden, also described how he had been bullied.

Javier Gomez, 18, had led strikes in protest of Florida’s Don’t Say Gay law. Speaking about bullying, Garcia said: “But I had one escape from it: my openly gay fifth grade teacher. He created a classroom that made me feel welcome. I even remember noticing his rainbow socks.”

“I’m concerned that students in Florida and across the country won’t be able to get the same level of support because of the hateful legislation,” he said. “My presence here is proof that we are fighting back… Because our lives are glorious, beautiful and precious. We deserve respect and love. Until we have that, we will keep fighting for liberation. … I’m fighting for the next little Javier so he doesn’t have to cry himself to sleep every night hoping he’ll wake up normally.”

The Don’t Say Gay law restricts “classroom instruction” to “sexual orientation or gender identity.” It states that such instruction “shall not be conducted in kindergarten through 3rd grade or in a manner that is not age or developmentally appropriate for the students according to government standards.” It also prohibits “classroom discussions about sexual orientation or gender identity at certain grade levels or in a certain way.”