Who is Gloria Estefan’s husband? ‘Father of the Bride’ star names ‘only other man she’s kissed in 47 years’ 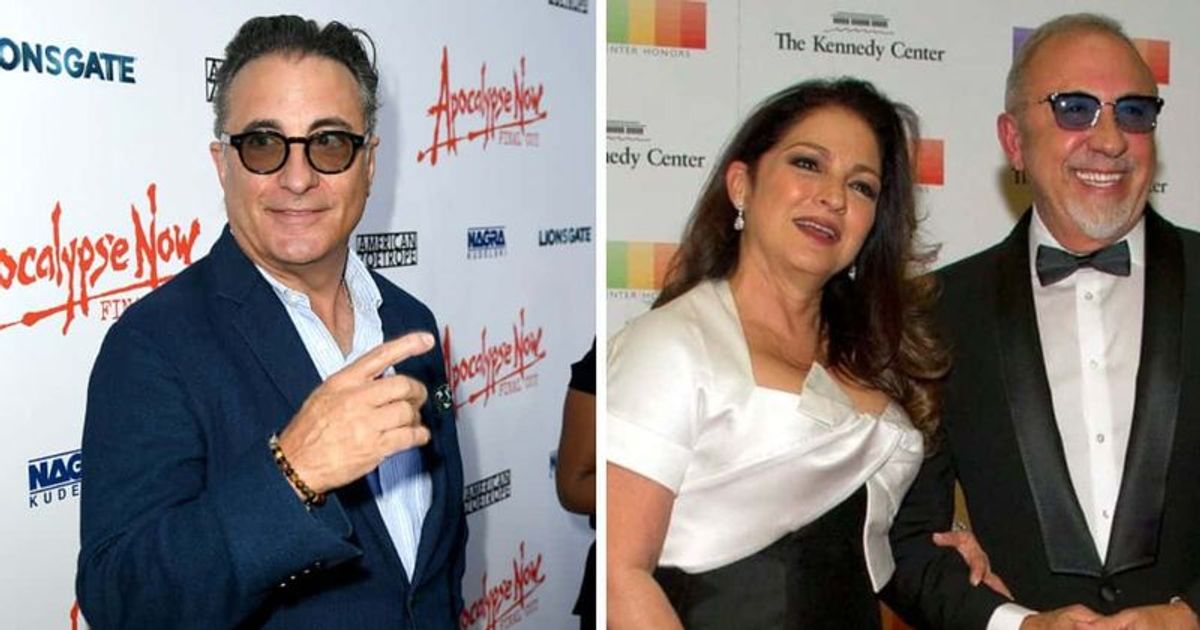 “I’m glad it was Andy because he made me feel comfortable,” the singer reveals of her on-screen experience

Gloria Estefan, the Grammy-winning actress and actress, opened up in a recent interview about how strange it feels to be kissing another man 47 years from now, but she was glad it was Andy Garcia. She said: “First of all, we’ve always been friends. But if I’ve ever had to kiss someone in a movie, I’m glad it was Andy because he made me feel comfortable.”

The 64-year-old spoke to Today about her film Father of the Bride, in which she and Andy play Ingrid and Billy, a longtime couple who are contemplating divorce in the film. Mentioning that she and Andy have been close friends for decades but was still embarrassed to kiss anyone other than her husband Emilio Estefan, she said, “I shipped Emilio out of the state. I wanted him out of the studio because I didn’t want his energy anywhere around. It was Ingrid kissing Billy. So it’s the character. But still, you know. He’s the only man I’ve kissed after Emilio in 47 years!”

Who is Gloria Estefan’s husband?

When asked how the kiss was? Estefan replied: “Nice. It was a beautiful kiss.” While Andy said, “It was a kiss out of respect for her and for women and for family and for reunion. That’s what the kiss was about.”

It’s the first time the singer has starred in a leading role. She explained that she didn’t have to audition for the role and that Andy told her that her casting wasn’t difficult because he trusted her. Father of the Bride is the Cuban-American remake of the 1991 original, starring Steve Martin, Diane Keaton, Martin Short and Kimberly Williams-Paisley. The storyline was written by Matt Lopez and directed by Gaz Alazraki. Andy and Estefan play the parents preparing for their daughter’s wedding, where Estefan’s character, Ingrid, is frustrated by her husband’s ways and wants to divorce him. The film, which released Thursday, June 16, is available on HBO Max.

As Estefan talks about their on-screen kiss and why it was special, fans have been left wondering who Estefan’s better half is that has stolen their hearts. Few know that the singer had the biggest pop hits of the late 80’s and most of them were produced by her husband Emilio Estefan. The couple, who previously worked together, married in 1978. Emilio has many feathers in his hat, the brightest being a 19-time Grammy Award winner. He is also a songwriter, record and television producer, bestselling author, filmmaker and cultural ambassador. He has also guided and influenced the careers of many musical talents including Shakira, Ricky Martin, Marc Anthony, Jon Secada, Jennifer López and others. He was one of the founding directors of the Latin Grammy Awards, was inducted into the Latin Songwriters Hall of Fame, and was named the first “Person of the Year” by the Latin Academy of Recording Arts & Sciences. His accomplishments include being elected second vice chair of the commission for the National Museum of the American Latino by former President Barack Obama. Former President George W. Bush also named him a member of the President’s Committee of the Arts and Humanities.

They met at a friend’s house in the mid-1970s. However, the romance began to blossom a year after the couple started playing together, which eventually led to the Miami Sound Machine. Speaking to USA Today in 2020, the singer admitted they initially tried to keep things professional. But within a year of joining the band, Estefan had become Emilio’s girlfriend. She also said: “As you get older, different things become more important. We’ve been very, very happy sexually and we’re very connected. I think that’s one of the mysteries of marriage.”

The 2019 Gershwin Prize winners have built a musical empire over their more than 30-year career and made listening to Cuban-influenced music one of America’s most popular pastimes. The Library of Congress describes how the pair began their extraordinary rise to worldwide fame with Miami Sound Machine in 1985, creating a unique sound that blended Latin and pop rhythms. Some of their hits are “Conga”, “Turn the Beat Around”, “Get on Your Feet” and “Rhythm Is Gonna Get You”. The song “Rhythm Is Gonna Get You” was added to the National Recording Registry in March 2019, an exclusive group of sound recordings selected for preservation because of their cultural, historical, or aesthetic importance to the nation’s audio heritage.

The duo have both won BMI Songwriter of the Year awards and have collectively received 26 Grammy Awards. They also have a Tony Award-nominated Broadway musical, On Your Feet!, which they executive produced. In addition to their musical talents, they are also successful entrepreneurs, philanthropists and humanitarians. The Estefans have received numerous awards, including the Ellis Island Medal of Honor and the Presidential Medal of Freedom, the nation’s highest civilian honor.