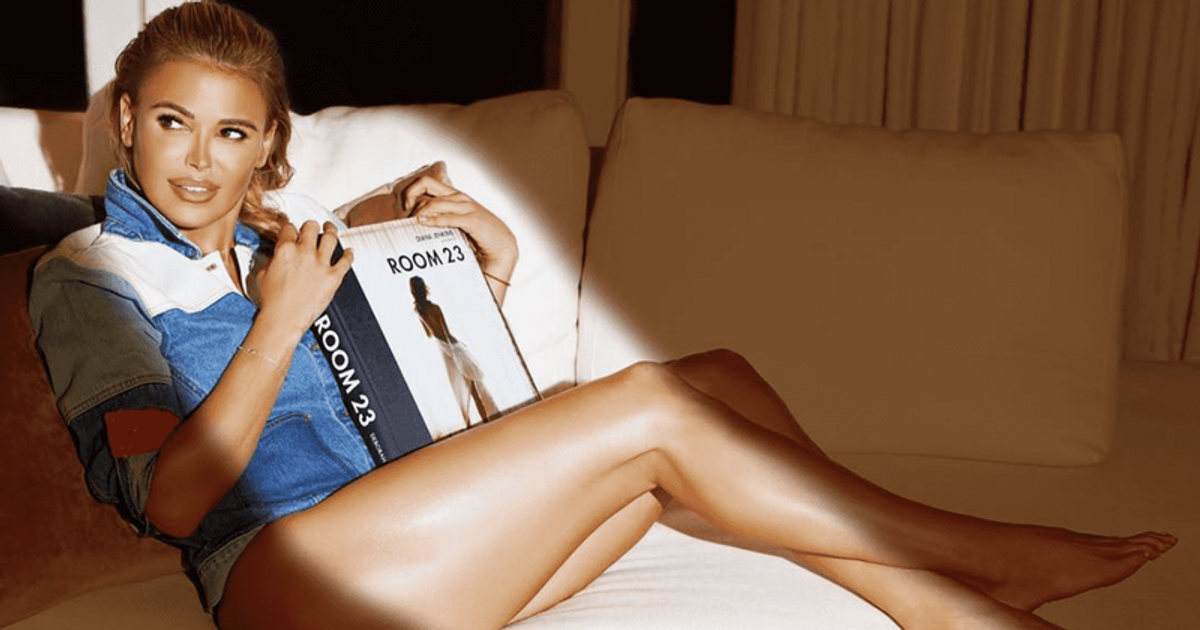 As soon as it was officially announced that Diana Jenkins was the new housewife on ‘RHOBH’, fans took to Twitter to question her casting choice amid baseless allegations

Whenever a new cast member is announced for any of the Real Housewives franchises, fans get excited and welcome them with open arms. Unfortunately, that’s not the case for Sanela Diana Jenkins, the newcomer to “Real Housewives of Beverly Hills.” As soon as it was officially announced that Jenkins was the new housewife on the block, fans took to Twitter to question her casting choice.

According to a report circulating on the internet, the new housewife has a very dark past. Her association with several A-list celebrities like Cindy Crawford, George Clooney, The Kardashians, etc. has always been a point of intrigue for the public. When an unfounded “blind” filed on a celebrity gossip forum accused her of running a high-profile sex ring, the public took notice immediately. With the announcement that she’s joining the cast of Season 12 of ‘RHOBH’, it looks like fans have once again started digging into her past and are far from happy with what she’s uncovering to have.

Who is Sanela Diana Jenkins?

Diana Jenkins may now enjoy the lavish life of a Hollywood diva, but the 48-year-old has endured many hardships as a former refugee from Bosnia and Herzegovina. Born Sanela Dijana Catic to middle-class Muslim parents in Bosnia, she claims that she had a very happy childhood until the outbreak of war. After graduating in Economics and Social Engineering from the University of Sarajevo, Diana was looking forward to a bright career and future. But unfortunately, their world quickly turned upside down when war broke out between Serbia and Bosnia. The cruel ethnic war cost many Bosnians their lives.

In an interview with the DailyMail, she said: “We had no food and no electricity. My father and brother couldn’t go out and my mother didn’t want to go without them. My father begged me to run for my life because I was a girl. The war raged and I fled by barricades, on foot, by bus, whatever I could find. I made it to Croatia and when I was there, Bosnian refugees were everywhere. I lived on charity, on any help I could get Every day it seemed like I heard that my friend was dead, my uncle was dead, my first cousin was dead. I just kept hearing about people dying. Then I lost contact with my parents. I was dead inside.”

In 1993 she finally made her way to London. But since she could not speak English, her difficulties continued. She took on several menial jobs to earn a living. Diana was determined to get her parents and brother out of Bosnia. She worked hard and earned a computer science degree from City University. Just as things were beginning to brighten up for her, she received news of her brother’s death. “In 1995 I found out that my brother was dead. That was my end. So I changed my name to Diana because I didn’t want to exist anymore. Because it was unbearable,” she told the news outlet.

After her brother’s death, she changed her name to Sanela Diana. It was during this trying time that her paths crossed with Barclays banker Roger Jenkins at the Barbican gym in town. “It was perhaps a greater attraction for him than for me. He’s a very, very nice man. What people don’t understand, I don’t think, is that Roger was really, you could say, nobody when we met. He was not so very wealthy man. He was really my first boyfriend in England,” she revealed. The couple married in 1999 and have two children together.

Diana and her husband Roger made headlines when she got the Qatari royals to invest a whopping $7.3 billion in Barclays Bank amid the financial institution going through a rough patch. Diana used her connection with the wife of Sheikh Hamad Al-Thani, Prime Minister of Qatar, to secure the massive investment. The couple divorced in 2011, after which Diana moved to America and became involved in various philanthropic activities. She is currently in a relationship with musician Asher Monroe and the couple welcomed their child in 2020.

Why are fans unhappy that Diana Jenkins was cast in ‘RHOBH’?

In 2006, Diana teamed up with celebrity photographer Deborah Anderson to put together a photo book of famous people called Room 23. “This artistic exploration chronicles a year in the life of a Beverly Hills penthouse suite with 100 celebrities. Proceeds support human rights projects,” the ‘RHOBH’ star’s website reads.

But the blind article picked up by gossip site Jezebel in 2012 claimed to reveal the real truth behind “Room 23” and advanced the story, based on comments from a poster nicknamed Himmmm on the Crazy Days and Nights blog. The outlet added, “The blind article and Himmmm’s comments about Diana Jenkin were picked up by the celebrity gossip LiveJournal forum, oh no they didn’t, but things were still getting heated in the comments section of this post, which the moderators had banned.” darker and more accusatory It. Allegedly, commenters had picked up hints from Himmmm in previous posts and began making shocking allegations.

With some media picking up on these anonymous posts, it should come as no surprise that ‘RHOBH’ fans aren’t thrilled that she’s joining the Bravo show. Unfortunately, the show’s trailer didn’t do her any favors either, in which she calls herself the “new villain” in response to Sutton Stracke accusing her of being a “soulless person.”