Who is Chukwuebuka Nwobodo? Felicia Johnson’s murder suspect was arrested a month after the murder but was released 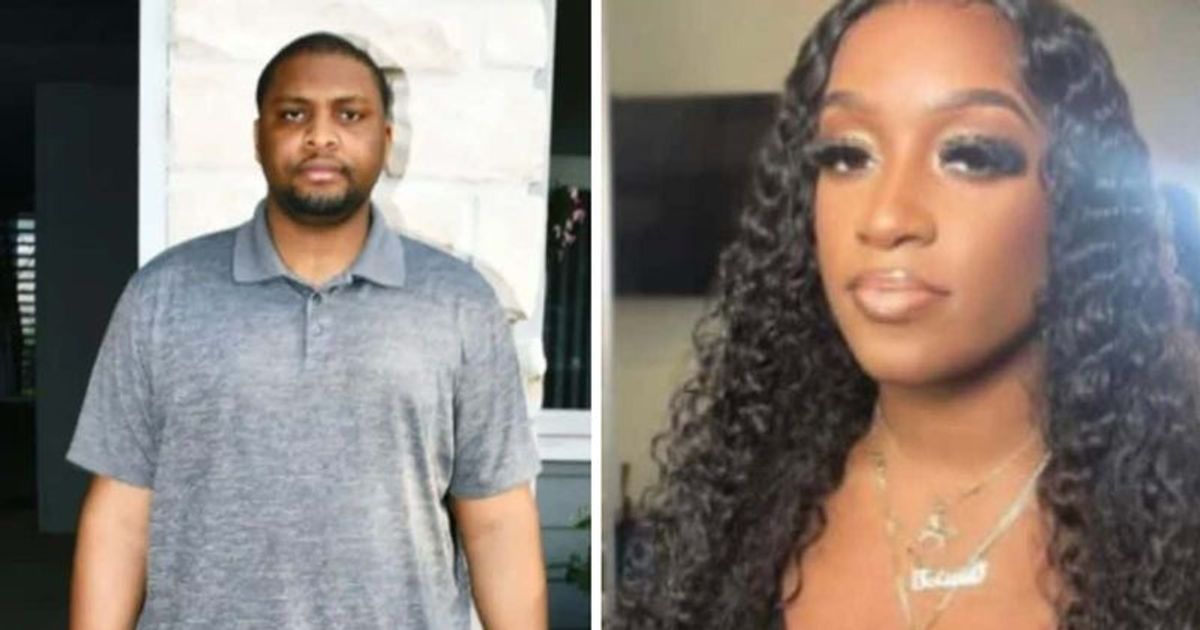 Felicia Johnson was last seen on April 15, 2022 stopping at Cover Girls Night Club to look for work and her body has still not been found

HOUSTON, TEXAS: A fugitive Texas man has been charged with the murder of 24-year-old Felicia Johnson, who disappeared in April. Authorities are now searching for Chukwuebuka Nwobodo, 28, who was charged last week with murder and tampering with evidence in connection with Johnson’s disappearance.

Investigators believe Johnson was murdered and dismembered at the suspect’s home on April 16. Investigators determined that Nwobodo picked Johnson up from an apartment complex at 3233 Windchase Boulevard and took her to his home at 14935 South Richmond Avenue — her last known whereabouts. Then he possibly disposed of her body. Nwobodo was suspected after authorities discovered he had requested an Uber ride for Johnson from a hotel to his apartment the night she disappeared.

The disappearance of Felicia Johnson

MEAWW reported Johnson’s disappearance in Houston in April. After she disappeared, her family publicly requested information. She was last seen on April 15 stopping at Cover Girls Night Club to look for work. Community activist Quanell X has claimed that Johnson was offered a ride by an unidentified customer after her Uber was late. No one has heard from Johnson since then.

“Uber was taking too long to actually get here, so a gentleman here at the club offered to drive her to where she needed to go,” Quanell X reportedly said. “Felicia has not been seen since. No cell phone activity. No credit card activity. No social media activity. It just vanished from the face of the earth.”

Meanwhile, Kevin, Johnson’s father, flew from California to Houston to appear with X. A private investigator hired by the family has reportedly found her bloodied phone. While Houston police said they are actively investigating the case, nonprofit search and rescue group Texas EquuSearch has also joined the search for Johnson.

X demanded that the Houston Police Department expend sufficient resources to find Johnson, who is black. “HPD is finally taking the case seriously,” X told The Daily Beast. “Texas EquuSearch is on site and also trying to follow every lead trying to find a body or anything belonging to her. And the FBI got involved as of today. So things happen.”

Speaking about Johnson’s disappearance, X said it was part of “an epidemic in Houston of black girls going missing and being murdered.” “This is the fifth black girl to go missing, quote – uncited, ‘involved in the sex industry,'” he said. “The previous four were all found murdered — and all in the last five months.” At a news conference on April 20, X said he wanted Johnson “to know the community is looking for you” and that he and the others “Turn over every stone. We won’t leave any door unlocked or unopened until we find out where you are.” Kevin also spoke directly to his daughter, saying, “It’s a tragedy that you’ve become entangled in this web of everything that’s going on out here, but we are working very, very hard to get you back and i love you. Everyone in the family loves you and I just want you to know, stay strong and we’re coming for you.”

Court documents obtained by KHOU show that Nwobodo, 28, was caught on surveillance video on April 16 and 17 buying garbage bags, gloves, a power saw, a shovel and a flashlight at Walmart and Home Depot. His online research over the next three weeks revealed that he was looking for ways to destroy evidence.

His Google searches included “how to kill without getting caught,” “how to become a serial killer,” “what bleach does to blood,” and “most wooded part of Houston.” A picture of a dismembered body was also found on his cellphone, according to investigators. According to officials, escorts were being sought in Houston on April 30. Nwobodo has reportedly agreed to pay Johnson $500 to meet with her over Snapchat. Nwobodo is also said to have been looking on May 3 to see if police could check phone records of a missing person or their text messages.

Law and Crime reports that officials said in an indictment document they had previously arrested Nwobodo on May 13 and that he had pictures of the dead on his cell phone, but their recent press release claims the man is missing. A spokesman for the Houston Police Department claimed that as of May 13, officers still had no evidence to support the charges. He was then arrested, interrogated and released, the spokesman said. It was a violent scene at his Richmond Avenue home when police, while executing a search warrant on May 13, found obvious bloodstains throughout the apartment. This included the hallway floor just outside the bathroom and throughout the bedroom. The tests showed a match with Johnson’s DNA profile, authorities said.

Nwobodo was previously charged with sexual assault in November 2020, police said. A woman claimed he tried to rape her in his vehicle. She got out and freed herself after he chased her and grabbed her wrist, the woman said in the probable cause affidavit. Police said they later denied there was any violence or sexual assault. She said she didn’t want to press charges and just wanted to go home.