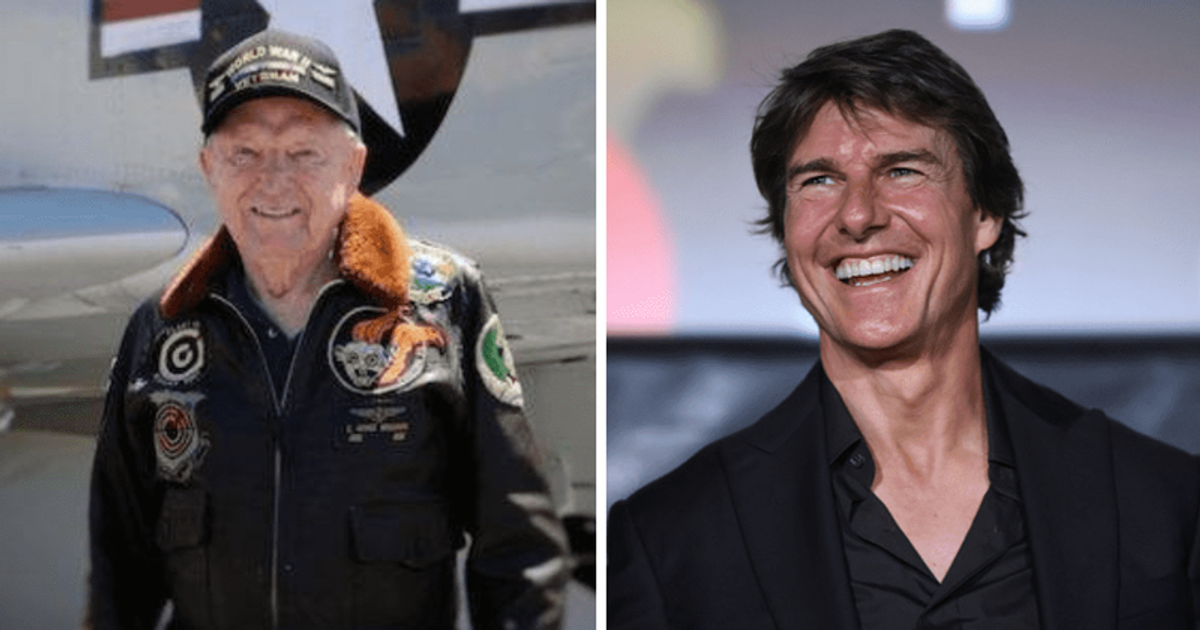 SAN DIEGO, CALIFORNIA: Tom Cruise thanked Captain E. Royce Williams for the courage he displayed when he fought as a lone fighter against seven enemy aircraft in 1952. “You are a true American hero and I offer you my sincerest thanks and congratulations,” Cruise said of the captain’s Navy Cross award.

According to KUSI, on November 18, 1952, during a 35-minute battle over North Korea, Captain fought seven Soviet MiG-15 fighter jets. The lone fighter fought four jets before escaping to land his badly damaged F9F-5 Panther jet on a US aircraft carrier. However, the images of the encounter are not stored in any US archives.

Who is Captain E Royce Williams?

Williams grew up in Roberts County and also in South Dakota. His father was a grocer and a World War I veteran. According to the SDPB, he said in an interview: “I wasn’t aware of the happy life I had. The openness… everyone friendly – taking care of each other… going out and learning to swim, learning to shoot. We used to play a lot of cowboy and Indian games and running around as long as you came back before the lights came on before dinner in the summer. It was wonderful.”

He further added: “Well I have chaps and kind of a cowboy outfit. I was very interested in being a cowboy. We had Whipple Ranch very close by. They were famous for hosting rodeos and county fairs throughout North Dakota, South Dakota and Minnesota. And I had a cousin who worked on the ranch. But I’ve gotten pretty good at lassoing and lassoing kids over the summer. And my eldest son – I taught him too – and at eight years old he would let kids run by and rope burn them…hahaha!”

In 1943 he embarked on his career in the US Navy. Williams later qualified for Corsairs, but he had a great desire to fly the F9F Panther jet. He also had the opportunity to experiment with different types of fighter aircraft and fly high. He said: “I actually have some models and pictures in my house. I have a fondness for it because I’ve been through some rough times with it and it was like a horse with heels. It got me through. Grumman was a great reliable product and where it was great at supplying weapons it was also very good at surviving.

Williams explained that he was asked not to speak about the fight, which took place in 1952. He explained: “I was told not to talk about it and I just accepted it. Actually, other things came along and not to mention it was running, I kind of put it out of my mind.”

However, in an interview with the Aviation Geek Club, he explained the situation during the 1952 encounter. “We were flying through 26,000 feet when the Russians split up and emerged from the contrail layer,” Williams recalled, adding, “The first ones came approached us from the right in a formation of four planes and opened fire. I turned into a steep uphill left turn and came around with MiG number four. I fired off a salvo, hitting him hard in the rear fuselage. He went downstairs smoking and my wingman then followed him leaving me alone.”

The captain added: “They left me cold in terms of maneuverability and acceleration – the MiG was vastly superior to the F9F on those points. The only thing I could do was outwit them.”

He later explained: “Eventually the leader and his wingman went to the right and I went after the section leader of the plane I shot down. He stopped in the sun and I lost him then saw the leader and his wingman come around for a dive attack. I turned into her and fired at the leader. He turned away and the wingman rolled down on me and we were passing belly to belly as I raked him in with a long jab. He caught fire and fell to the ground. The section head then came around and I rolled into him and shot him practically point-blank and he went down. The leader then came around again and I fired and bits broke off him as he jumped away.”

Williams also noted, “As I was maneuvering to avoid the debris, I was trying to free my tail. I was pursuing another wounded MIG when I suddenly spotted one of the other two sliding onto my six. He fired a salvo from his 37mm gun and hit me on the wing. The grenade went into the engine compartment and messed up the hydraulic unit in the accessory compartment. I suddenly lost rudder and flaps and only had partial aileron control. The only thing that really worked were the elevators. I dove onto the cloud deck below at 13,000 feet and he was 500 feet behind me and still shooting all the way down. It seemed like it would take forever to drop those 10,000 feet! My wingman finally got back into the fight and came in with the MiG and he pulled away as I was flying into the clouds.”

He continued: “They counted 263 holes in the plane, mostly from 23mm hits and some 37mm hits, including the one in the wing that went into the engine accessory section. If it had jumped 15 cm forward, it would have hit the spar and ripped off my wing. Eight inches back and it would have blown the engine. I had fired all 760 20mm rounds I had on board. I wouldn’t have stood a chance if I wasn’t armed with those guns.” He currently resides in a mountain home in Escondido’s Hidden Meadows community.