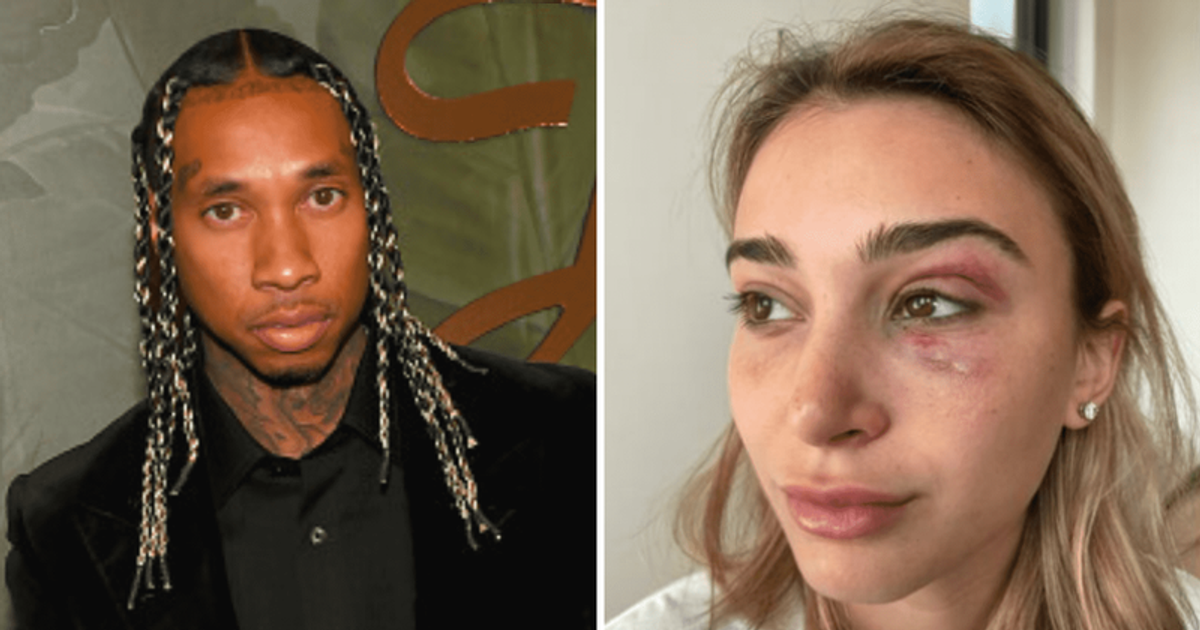 Shared her chat with Tyga, Swanson said he reportedly sent a car to pick her up from her house at 3 a.m. and she did not go there uninvited

Tyga’s ex-girlfriend Camaryn Swanson has accused the rapper of domestic violence when they got into an argument after she appeared to be at his house at 3 a.m., apparently. The social media star shared multiple bruising stories on her official Instagram account, claiming she was mentally, physically and emotionally abused and will no longer hide it.

According to TMZ, a source very close to Tyga spilled the beans that Swanson came to the rapper’s crib around 3 a.m. despite asking her not to. She was reportedly standing at Tyga’s front door, screaming at the top of her throat. However, Swanson denied all claims after sharing a screenshot of her chat with Tyga on one of her Instagram stories and saying she did not show up “screaming” or uninvited. The chat revealed that the ‘Taste’ hitmaker preferred to send a car to pick them up. TMZ reported that Tyga and his family members felt that Swanson was under the influence, but he allowed her to speak inside. Tyga and Swanson first made their relationship official in February 2021 with the help of beautiful social media images.

Tyga saw her frolic with a naked woman on the OnlyFans clip, but fans have a question: “Why does she look like Kylie?”

Swanson is a 22-year-old social media personality who currently has nearly 800,000 followers on Instagram. She also remains very active at TikTok. Swanson is a fashion designer and influencer best known for her lifestyle and fashion company Meaning of Mine. She is said to own the brand along with her sister Elle Swanson. Mine Swim, Mine Sweats and Mine Active are some of the brands she launched under the Meaning of Mine umbrella. According to her Instagram account, she is currently managed by the Genflow Talent agency.

TMZ reported that sources close to law enforcement agencies revealed that Swanson alleged Tyga laid his hands on during their heated argument. The social media star’s mother apparently showed up later to pick her up, whereupon the Instagram model called the police to report the incident.

The publication reports that Swanson had “visible marks” when they filed a domestic violence complaint. However, Tyga has not yet been arrested. The rapper or his team have not yet reached out to speak on the controversial matter. According to TMZ, police showed up at the rapper’s apartment but he refused to speak to them. The 31-year-old hip-hop artist could speak to the LAPD on Tuesday, October 12th.

Swanson, on the other hand, posted multiple stories on Instagram that told her side of the story. In one story, the model showed the bruises with the words: “I’m so embarrassed and ashamed that this had to happen, but I have to stand up for myself.” Tyga and Swanson made their relationship official in early 2021, but it’s not clear when they broke up. Tyga dated supermodel and social media star Kylie Jenner until 2017. He also has a son with his former lover, Blac Chyna.