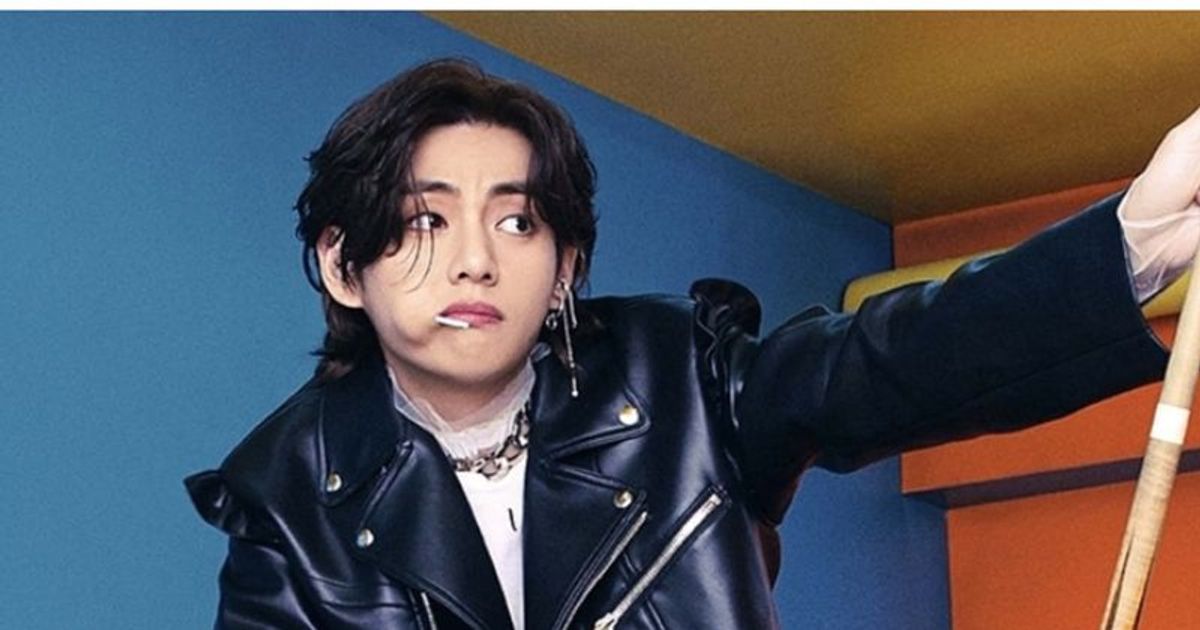 K-pop group BTS maintained a social position in the industry where all members were very polite when it came to rumors or scandals. The label has also been so protective that BTS members are hardly ever involved in dating scandals. In the event of such allegations, HYBE usually makes an official statement denying this in order to protect the status of its artists.

Fans of BTS have been very receptive on social media to the possibility that members will be in a relationship with their respective partners in the future if members make their relationship status public. On October 14th, ARMIES were suddenly confronted with a statement from HYBE that shocked some of them because it seemed out of the blue.

Rumors that the second youngest member of BTS is dating someone have been making the rounds on social media for the past few weeks. Naver reported this after pictures of BTS ‘V hanging out with the daughter of Paradise Group chairman Phillip Jeon. Paradise Group, also known as Paradise Co Ltd, is a Korean company primarily engaged in the casino business. The company operates its business in four segments, including their casinos.

Some Korean BTS states reported that BTS ‘V had seen an exhibition with Jeon’s wife, Choi Yoonjeong. Reports from fans also said that Yoonjeong was accompanied by her daughter, whose name is unknown. Allegations suggest that V or Kim Taehyung was publicly spotted by numerous Korean fans after attending the super-private preview event for the Korea International Art Fair 2021 aka KIAF 2021.

These fans also claimed that V was wearing a bracelet brought out by a unit of the Paradise Group, suspecting it was a gift to V from the chairman’s daughter. Before these rumors got mixed up, HYBE reacted quickly by making it clear that V had no relationship with Jeon’s daughter. In their statement to Naver, they said, “Chairman Phillip Jeon’s family and Choi Yoonjeong and BTS ‘V are just acquaintances.”

Naver reports that BTS V could not be shielded from media attention at the event and he was seen speaking freely to fans and pictured by reporters at the event. He also moved freely around the exhibition while talking to people without hesitation or fear of being caught off guard. All of these facts suggest that he wouldn’t make such a thing so public if he were out with his significant other.

If there is speculation that V is wearing a Paradise Group bracelet, BTS fans know that the bracelet was given to him by his colleague Jin.

Fans started joking as soon as they heard that the HYBE rumors were immediately denied. The Korean ARMYs were happy but the international ARMYs are always late for the party as they expressed their shock at the HYBE statement as this was the first time they had heard of the rumor. Fans joked: “He’s with 6 men, delete that.” One fan pointed out that most ARMYs were unaware of the rumors before news sites disproportionately blew up the entire ordeal, saying, “Media: Army uproar over BTS V dating !!! V was seen in an exhibition with people of the opposite sex so he has to meet. Hybe: Dating Rumors Are Wrong! Army: Wait, what dating rumors ???????? “

One unsuspecting fan said, “Hell, Hybe was so quick to deny that I didn’t even know about it.” Another fan joked how the media blows things disproportionately, saying, “Kim Taehyung is breathing … media netizens say BTS V just inhaled oxygen so it can be said that Kim Taehyung is running out of oxygen.” A fan pointed out HYBE’s speed by saying, “Hybe, denying v’s dating rumors is faster than bts-rap-line rapssss uh-huh.” One fan said the obvious saying, “Do you think he could expose his partner in the middle of an exhibition with Sasaeng around him? Damn, I don’t know who more Delulu is if they were made up by the rumor.” Pointing out that HYBE didn’t want any more negativity floating around, another fan said, “The rumors were on the Korean side so they still haven’t reached the international side, but Hybe wasn’t sluts like today.”