Who is Brittany Sinitch? The teacher recalls that Nikolas Cruz’s shooting “didn’t stop,” drowning out the 911 call 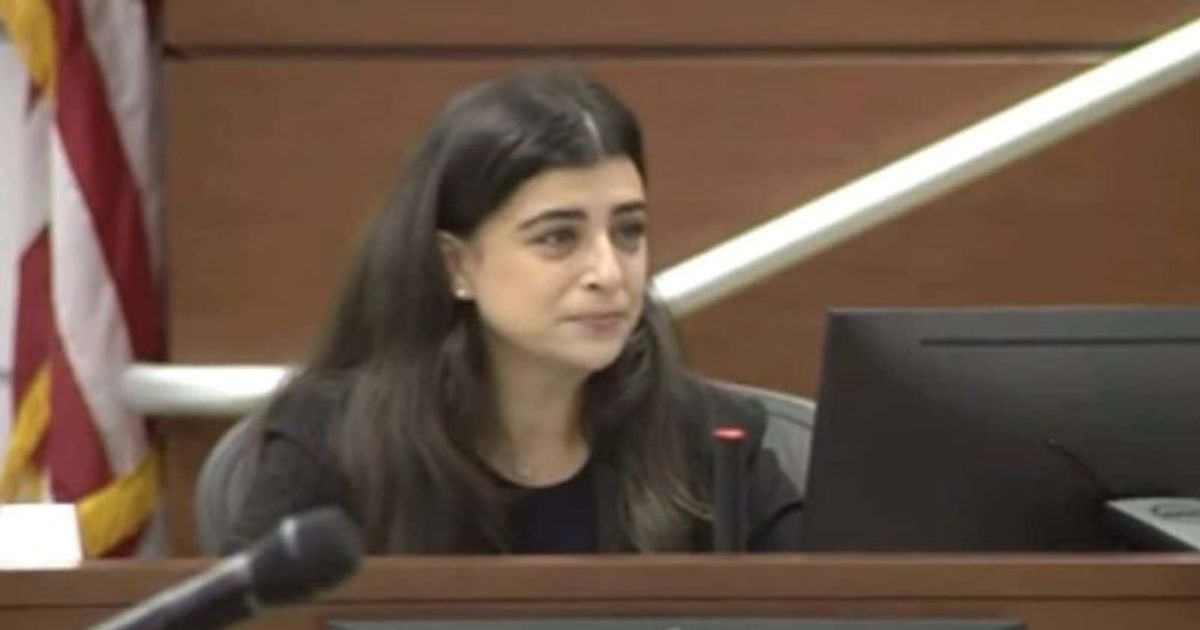 FORT LAUDERDALE, FLORIDA: A jury is set to decide whether confessed Parkland school gunman Nikolas Cruz should be sentenced to death. On Monday, July 18, opening arguments began in the penalty phase of Cruz’s trial. The trial is expected to last several months, at the end of which the jury must unanimously sentence him to death.

On February 14, 2018, then 19-year-old Cruz shot dead 14 students and three staff members at his former school, Marjory Stoneman Douglas High School in South Florida. He described the massacre as “planned, systematic… mass murder.” Prosecutor Mike Satz said in his opening statement: “Three days before the massacre, Cruz shot a video saying, ‘My name is Nik. I’m going to be the next School Rifleman of 2018. My goal is at least 20 people with an AR-15 and a few tracer rounds. It’s going to be a big event and if you see me on the news you’ll know who I am. They will all die. … I can barely wait for it.'”

Brittany Sinitch, a teacher at Marjory Stoneman Douglas High School, was the first prosecution witness to take the stand. Sinitch described how gunfire just didn’t seem to stop. Sinitch’s 911 call during the shooting could not be heard as the sound of gunfire drowned out her voice. Sinitch said she called 911 after “I heard the loudest sound” of gunshots. “It just wouldn’t stop,” she said, claiming gunfire “kept going and going and going.” On the 911 call played in court, the operator can be heard saying, “Hello? Are you still there?” “Please talk to me!” as Sinitch remained inaudible.

Brittany Sinitch, a Stoneman Douglas graduate student, said her teaching career began in 2017, less than a year before the massacre. She is an educator and the founder of Unbreakable, an organization which, according to its website, has “a mission to help individuals and communities heal while discovering what makes them unbreakable.”

“From a young age I was fascinated by the world of education. I literally decorated my toy room to look like a classroom. My teacher’s outfit was a Princess Belle dress, my picture book became my white board (my mother wasn’t happy about me writing in it), and I would always take an apple from the kitchen to put on my desk – which really was an Easy Bake Oven. After college, I followed my heart and went back to teach at my alma mater, Marjory Stoneman Douglas High School. This was truly my second home and one of my favorite places on earth,” Brittany says on the website.

She adds, “On February 14, 2018, I survived a school shooting that devastated my small town of Parkland, Florida. It was scary asking for help. I was afraid to talk about the tragedy, let alone relive it. But I realized that in order to be a source of support for my students, I had to have support myself. I got help and learned that it is not necessary to always go through everything alone. At my first EMDR appointment, I sat down and shared what had happened from the moment I woke up to the moment I got home that day. My therapist then looked at me and said, “How did you feel with your students at that moment when the light from the window touched your back?” I looked at her, not skipping a beat, and said unbreakable.” Now I want to help others who are feeling broken, hurt or lost to find what makes them unbreakable too,” she said.

Following her testimony, Sinitch wrote on Instagram, “Today I testified and briefly shared my experience on February 14, 2018. Seconds before entering the room I just collapsed. I was so scared. I was afraid to be in the same room as the person who ripped so much away from all of us. I was afraid to face a jury and try to tell what happened that day. I was afraid of reliving the worst day of my life. I was afraid of falling behind in my healing.”

“I was 22 when that happened and all I know is that today she would be so proud of me. We can be fearful and brave at the same time and I think that’s what happened today,” she added. “Nobody should ever have to go through something like this and nobody should ever be that brave. Please continue to keep in your hearts the families of the victims along with the survivors, staff and many others in the community. This is going to be a long journey and I pray it brings us to a conclusion.”