Who is Billie Bop? TikTok influencer claims she wears 3 bras to the gym because of big boobs 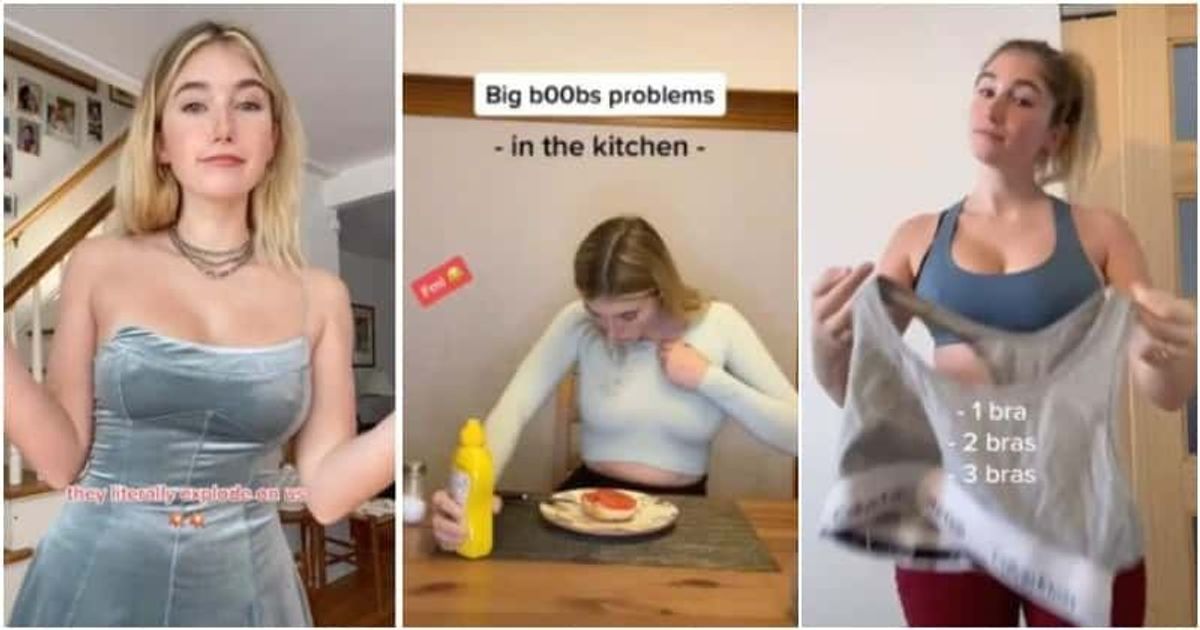 Unfortunately, Billie was massively trolled when one follower wrote, “Pretty sure they’re fake and really not that big, pretty standard size.”

Billie Bop, the 23-year-old well-known influencer, explained how she puts on three bras before doing “cardio” at the gym in a viral video that has racked up over 2.3 million views on TikTok. Running without them “hurt my back and chest,” she explained in the post. Billie showed up layering a triangle bra: two sports bras and a supportive crop top to prepare for her workout, revealing the struggles she faces at the gym.

For some, having large breasts may be a blessing. However, the curvy influencer claims that her large breasts mean she has to wear a lot of bras at the same time when she works out. In a series of TikTok videos with millions of views, the blonde bombshell flaunted her allegedly problematic boobs. Dinner seems to be a problem for Billie due to her large breasts. In another video, titled “big b00bs problems in the kitchen,” she mocks herself by illustrating her massive boobs accidentally touching her plate while reaching for spices and spoiling her clothes with gravy. Despite the fact that Billie never revealed her cup size, many commenters saw her issue as a blessing rather than a negative. “We have bigger problems, you know,” said one critic, while another wrote, “I don’t see the problem.”

In another video she posted on TikTok, Billie looked stunning in a purple velvet mini dress, but admitted the tiny straps didn’t hold up the boobs.

Unfortunately, the public didn’t appreciate Billie’s big breasts, believing her breasts to be insufficient, the influencer was massively trolled on her social accounts. “They’re literally not that big,” one follower sneered under her new video. “Pretty sure they’re fake and not that big at all, pretty standard size,” said another, to which Billie replied, “Pretty sure you’re jealous don’t worry it’s pretty standard.”

Large boobs have been a concern for many famous women and Billie’s concerns seem insignificant compared to Playboy model Lindsey Pelas, who claimed her 30HH natural breasts gave her back pain to the point that she couldn’t even pose .