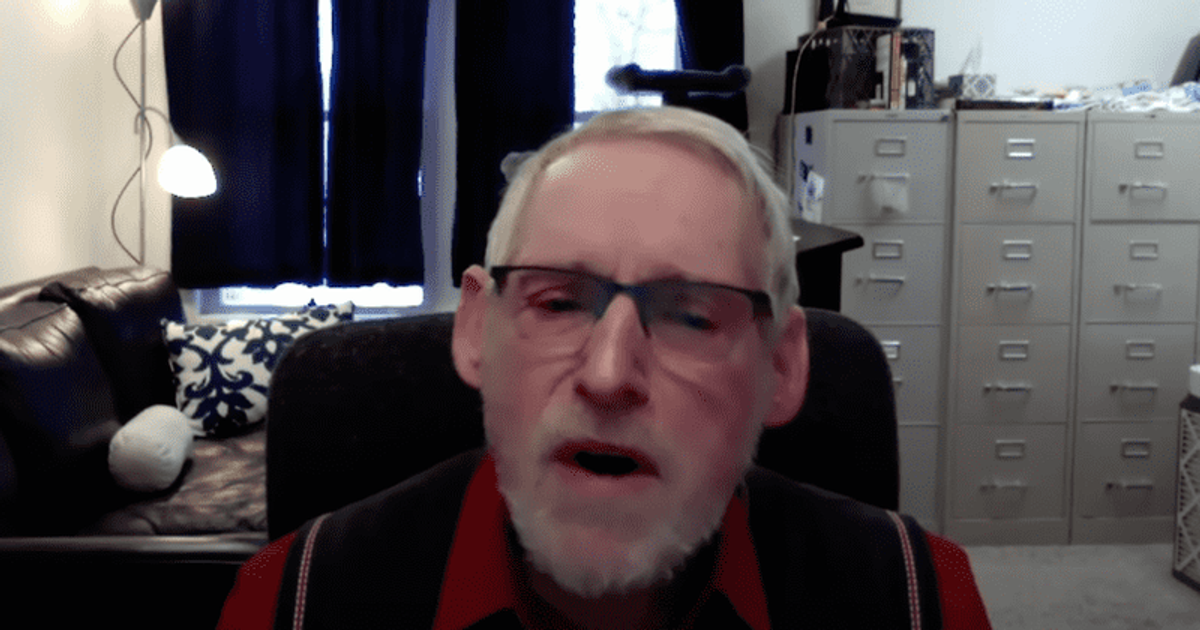 In a profanity-laden swearword, the tenured professor calls students “disease carriers” and says “I don’t give a shit” about ailments

A video of a tirade by a professor at Ferris State University in Michigan is now going viral for a variety of reasons. From his extreme use of profanity to appearing on Zoom wearing a helmet to protect himself from the coronavirus, Barry Mehler’s bizarre tirade has garnered a lot of attention on social media. Now he has been put on leave, but the video continues to circulate.

Mehler is not the first and probably not the last professor to cause a stir with her views. In October 2021, Rutgers professor Brittney Cooper’s tirade against whites drew a lot of attention, with many accusing her of hate speech. Then, in November, Arizona professor Asao Inoue went viral for calling the current rating system “racist” while offering a fairly controversial alternative. In December it was Professor Cassandra Aline Jones for her racist tirade against whites.

Who is Barry Mehler?

However, few professors turned against their students like Mehler. He was reportedly not happy that the university was planning to return to in-person classes and took his frustration out on students ahead of the spring 2022 semester. The 14-minute tirade was not accidental, it was reportedly posted the day before the semester started.

The 74-year-old is an associate professor of history at Ferris State University and has been on the university’s humanities department for 30 years. He also serves as the director of the university’s Institute for the Study of Academic Racism. In his now-deleted biography from the university’s website, it is written that Mehler is a graduate of Yeshiva University (BA) and the City College of New York (MA). It appears that he is getting his Ph.D. from the University of Illinois.

A widely respected social scientist, Mehler founded the Institute for the Study of Academic Racism and is also a member of other prominent social groups such as the NAACP, the Coalition for Human Dignity, and the Behavior-Genetics Association. In 1977 he also founded the International Committee to Free Russell Smith, a movement campaigning for the release of Russel Smith, an activist who worked on behalf of rape victims in prison.

In 1997 he was also a key figure behind the Cattell controversy. The controversy arose from the American Psychological Association’s Lifetime Achievement Award to Raymond B. Cattell. Mehler successfully managed to delay the award after claiming that Cattell’s writings were “racist.” Apparently, Mehler is no stranger to making his views heard, and made his feelings about returning to face-to-face classes clear in a student welcome video posted to his personal YouTube channel.

The video, which can still be viewed on Mehler’s channel, sparked much controversy over how he welcomed students to his class. “I don’t know if you people have noticed, but it’s dangerous to breathe the air,” he begins, after removing a helmet and mask. He then goes on to rant about capitalism and smoking before saying, “We’re all f—-d.” He then rants about returning to face-to-face classes, saying, “I’m old enough to be your grandpa, and you people are carriers of disease to me. So if I look at a classroom of 50 students, I see 50 selfish kids who don’t care if grandpa lives or dies.”

Troublesomely, Mehler also tells students, “None of you… are good enough to get an A in my class. So, before the first day of class, I assign grades at random. I don’t want to know anything about you. I don’t even want to know your name. I’ll just look at the number and give it a grade.” As if that wasn’t bad enough, he continues, “Go complain to your dean, dammit! Go ahead. I’m retiring at the end of this year and I don’t care anymore!”

There’s a lot more, says Mehler, which you can see in the video itself. In order to contain the consequences, the university quickly put Mehler on leave and initiated an investigation into his behavior. President David Eisler told The Daily Mail: “I was shocked and appalled by this video. It is profane, offensive and disturbing and in no way reflects our university or its values.”