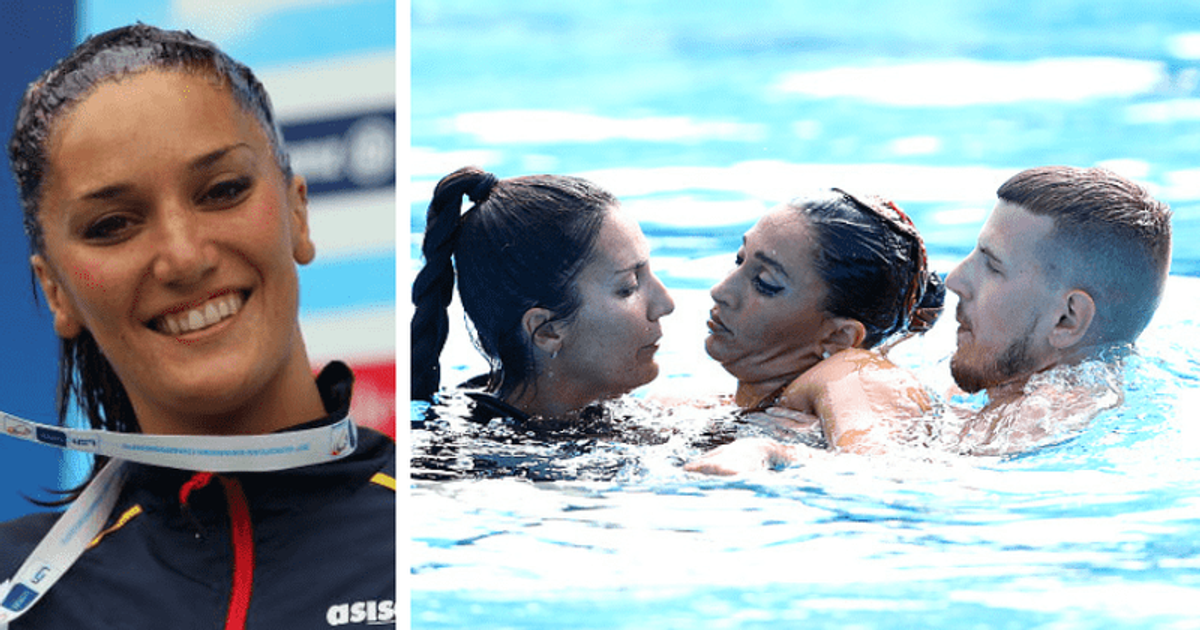 Coach Andrea Fuentes rescued US team’s artistic swimmer Anita Alvarez after she passed out and sank underwater at the 2022 FINA World Aquatics Championships in Budapest. Fuentes dove into the pool on Wednesday June 22nd to rescue Anita who had lost consciousness after completing her routine and was sinking to the bottom of the pool.

Coach Fuentes, dressed in casual attire, thought up and quickly dove to save the athlete. She grabbed her 25-year-old trainee and swam to the surface, where the competition assistant managed to get her to the edge of the pool.

Who is Andrea Fuentes?

The artistic swimmer, who appeared to be still unconscious, was then taken on a stretcher to the pool’s medical center to warm applause from those in the arena, although her family and teammates were apparently still in shock. Her coach Fuentes said: “I jumped back into the water because I saw that nobody, not a lifeguard, jumped in.”

The US team later released a statement on the athlete’s current condition. “Anita is doing much better, she is already in top form,” it said. On the other hand, coach Fuentes explained why Alvarez fainted. She said the main reason was the athlete’s effort. “She just had water in her lungs, when she started breathing again everything was fine. She said she wanted to swim in the final. It felt like a whole hour. I said things weren’t fine, I yelled at the lifeguards to get in the water but they didn’t understand what I was saying or they didn’t understand She wasn’t breathing and her heart rate was very high, I left [to her] as fast as I could, like it was an Olympic final.”

Although the experience was quite shocking, the coach and athlete are now laughing about it. “Today we saw where the limit is; that’s what an athlete is, we want to see where the limit of the human body is and she’s someone who loves to push the envelope,” added Fuentes.

Fuentes is a 39-year-old retired Spanish synchronized swimmer. She joined the Spanish synchronized swimming team in 1999 and competed in the 2004, 2008 and 2012 Summer Olympics. Fuentes won four medals in the women’s duet, making her one of the most successful Spanish Olympians of all time. Due to a lack of motivation and a series of injuries, she ended her career in 2013. Since then she has been a swimming coach.