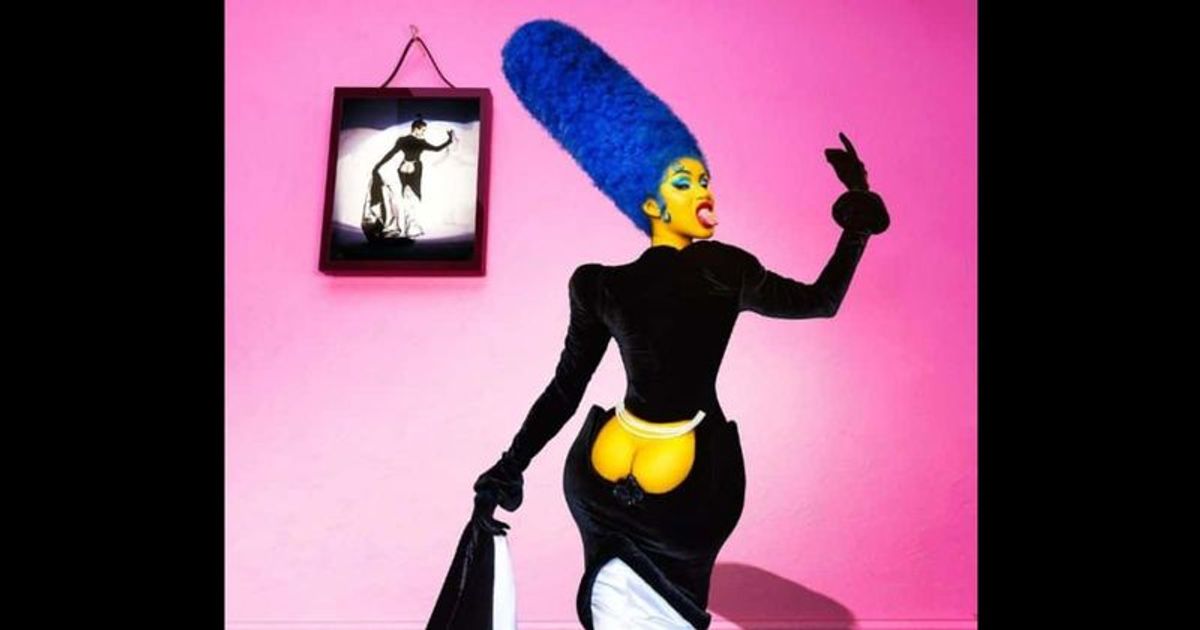 “We wrote to Ms. Cardi B and staff why they never contacted us for permission to use the artwork,” said AleXsandro Palombo

A contemporary pop artist, AleXsandro Palombo, is considering taking action against Cardi B for recreating his work in a Halloween post on Instagram. Palombo is known for transforming “The Simpsons” in his art. He has now claimed Cardi B, whose real name is Belcalis Marlenis Almánzar, was not authorized to use his art for her post.

Cardi’s post features Marge Simpson in a dress that’s cut out at the back, revealing her butt cleavage. While she used an image of Palombo’s art in the series of images she posted, she didn’t mention him in her post. However, in her caption, she did mention French designer Thierry Mugler, whose dress inspired Palombo’s work.

Who is AleXsandro Palombo?

In an Instagram post, Palombo wrote that he contacted Cardi about the post but received no response. “Cardi B recreated aleXsandro Palombo’s iconic pop artwork Marge Simpson Style Icon in Thierry Mugler, Copyright 2013 by aleXsandro Palombo,” he wrote.

He later posted an update saying, “We wrote to Ms. Cardi B and staff as to why they never contacted us for permission to use the artwork and failed to credit or credit the artist, violating the meta- Intellectual Property Rights Policy. Still no answers.”

According to Anya and Andrew Shiva Gallery, AleXsandro Palombo, an Italian multimedia artist, was born in southern Italy in 1973. He reportedly attended fashion and design school Istituto Marangoni in Milan.

The website states: “For Palombo, fashion is an instrument of cultural and anthropological expression that touches on style, art and communication. and “Do you still like us?” He provokes the viewer to respond and interpret the world documented, analyzed and painted by the artist. Palombo has created a series of works that speak from indifference to the political and social disorders of our time, trying to convey his imagery and message to it transform audiences into explorers of fairy tales and reality.”

Meanwhile, Claudio Volpi, an attorney working with Palombo, told Artnet News that Cardi B flouted “the most elementary rules of copyright law and Instagram policies” when she used his art without crediting him. Volpi said that in addition to Cardi, two of her team members also posted the picture. When the artist asked them to correct the mistake, they did not comply. Volpi reportedly then sent a formal notice saying they could take legal action if Cardi and her team refuse to honor their claims.