Who is Alanna Zabel? Adam Levine treated the yoga teacher “like trash” when she refused to “spend the day naked with him.” 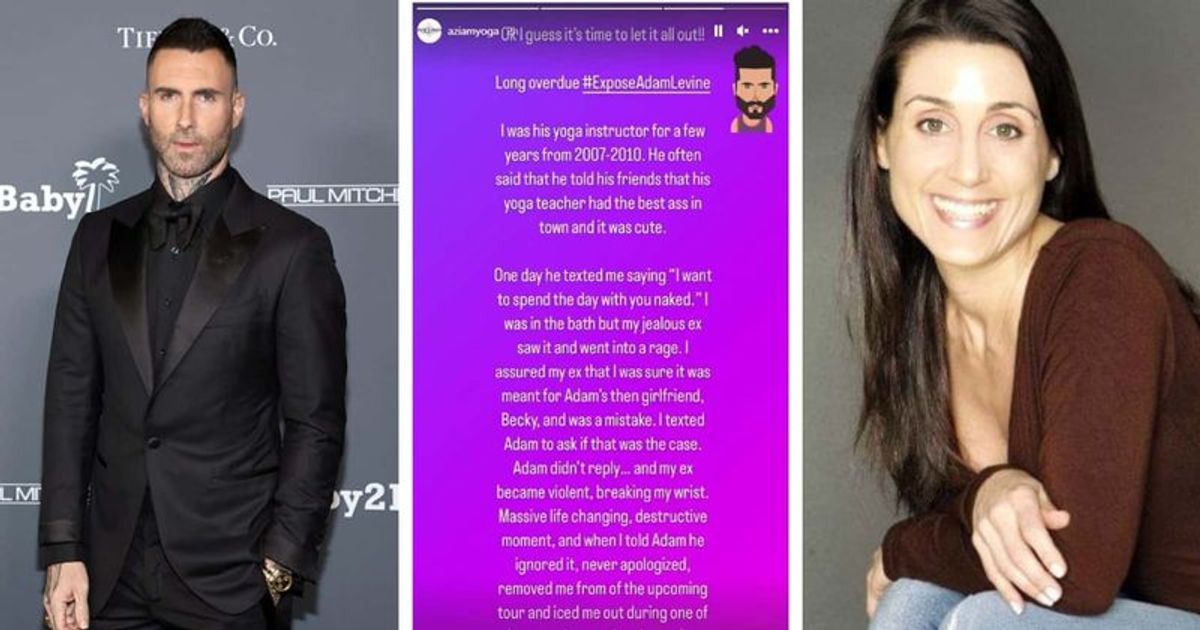 LOS ANGELES, CALIFORNIA: Alanna Zabel, 49, Adam Levine’s former yoga teacher, has accused him of treating her ‘like trash’ after she confronted him about an inappropriate text message he sent asking her to ‘cut the day to spend naked with him”. ‘. “This isn’t about a love affair or salacious lyrics, this is about being a decent human being. Friends don’t treat each other like used junk and that’s how he treats me,” Zabel told the DailyMail during an exclusive interview.

According to Zabel, Levine had texted her saying, “I want to spend the day naked with you.” She also revealed that Levine had bragged about Zabel in front of his friends, talking about how “she had the best asshole in town.” and it was sweet”. Things didn’t end well for Zabel, who claims that when her ex-boyfriend read the message, she became aggressive and broke her wrist in a jealous frenzy. Zabel told her then-boyfriend that the text was intended for Levine’s then-boyfriend and even texted him to clarify. But he never answered.

“Levine knew what I was going through with my then-boyfriend who was abusive, and instead of replying to my message, he just cut me off,” Zabel said. Zabel is the founder of AZ I AM Yoga, a yoga and health studio in Santa Monica, and the author of As I Am: Where Spirituality Meets Reality. She has a huge list of famous clients.

While Zabel admits that she and Adam didn’t have a romantic relationship, she explained that the two became good friends after working closely together for several years. Zabel says she decided to speak out against Levine after watching numerous other women do the same. “When I found out that Adam had asked this influencer to name his baby after her, I saw him in a completely different light and decided it was finally time to share this. If I wanted my fifteen minutes of fame, I would have. I went public with this a long time ago. Enduring this pain for as long as I have has taken a lot of precious energy to hold it in and to heal we need to let it go,” she told the DailyMail.

At the time of this series of events, Zabel was supposed to accompany Maroon 5 on their tour as a yoga teacher for the next three months. Levine allegedly pulled the plug on Zabel before any of those plans could go ahead. “I felt like we cared about each other and he iced me at a deeply troubling time,” she said, adding, “It’s simple. don’t be an idiot Don’t treat women like they’re disposable or anything. Your worth is based solely on their looks and please for God’s sake be a role model for your young girls. Children learn far more from what they see than from what they are told.”