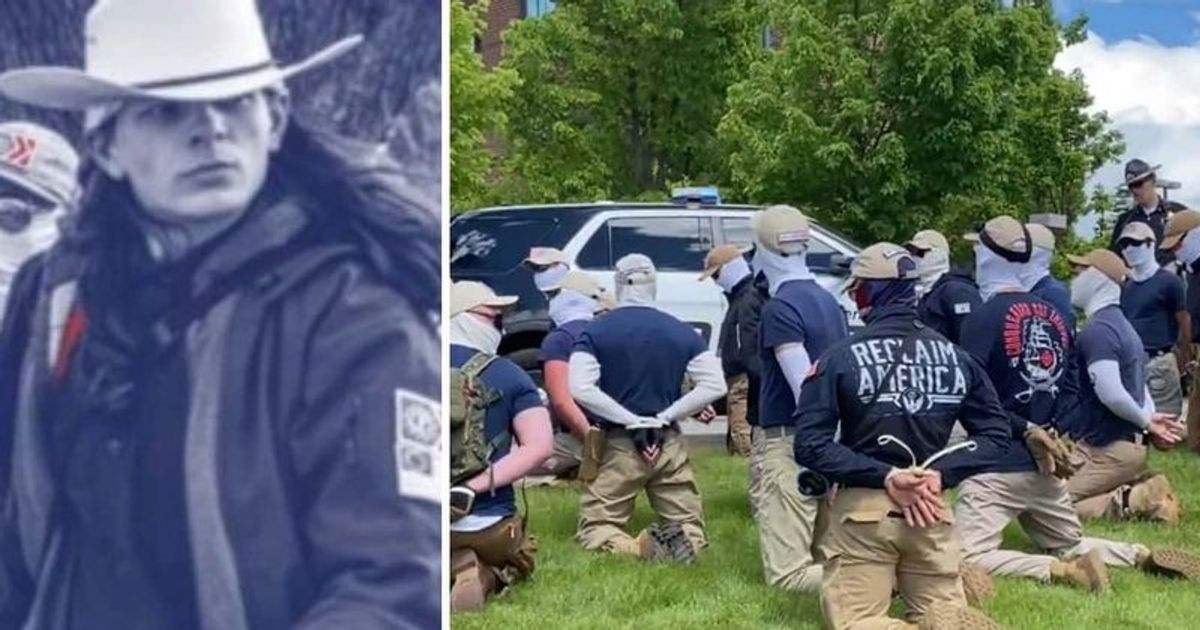 COEUR D’ALENE, IDAHO: Over 30 members of the White Supremacist Group’s Patriot Front were arrested near a Pride event in Idaho. The group was reportedly found wearing protective gear in the back of a U-Haul truck. The men stood in the truck in khakis, navy blue shirts, and tan hats. They also wore white balaclavas that covered their faces. Coeur d’Alene police stopped the U-Haul and arrested them. Coeur d’Alene Police Chief Lee White claimed the group “came to riot downtown”.

All men were charged with the offense of conspiracy to riot. Police reportedly received information from local residents who said they saw a “small army” getting into the vehicle around 1:38 p.m. The men arrested were from at least 11 states, including Washington, Oregon, Texas, Utah, Colorado, South Dakota, Illinois, Wyoming, Virginia and Arkansas. Only one of them is from Idaho, White said.

Who founded the Patriot Front?

White confirmed the charges against the men are scheduled for Monday June 13. Authorities found that the group planned riots not only in the park but also in many other downtown areas. Videos posted on social media show the group being arrested, with the men kneeling on the grass with their hands tied behind their backs. One of them had “Reclaim America” ​​written on the back.

The man’s vehicle was reportedly pulled over by police on Northwest Boulevard near Paul Bunyan. Police found at least one smoke grenade and riot gear. They also recovered from the truck shields and shin guards, as well as documents containing an “operation plan.” Patches and logos worn by the men identified them as members of the Patriot Front.

Patriot Front, an American white supremacist, neo-fascist, and American nationalist hate group, was founded by Thomas Ryan Rousseau, a young man from Dallas, Texas. Formed back in 2017, the group uses imagery of patriotism, freedom, and other traditional American values ​​to promote their ideology.

Thomas reportedly grew up in suburban Dallas, Texas, where he attended Coppell High School. At the time of his enrollment, Thomas was part of the school newspaper, The Sidekick. He was the staff cartoonist during his senior year. He also contributed to video production and is known for writing various opinion columns for the newspaper.

Thomas was a fervent supporter of Donald Trump during the 2016 election. He wrote in an October 26, 2016 column: “Trump’s campaign is about more than just electing the President. It’s a referendum on American democracy. A simple decision about who is really in control of this nation, a corrupt establishment that wants to usurp democracy or the American people.”

The Patriot Front is recruiting online and on college campuses with flyers and conducting blitz protests. It has committed vandalism on certain occasions. The group features techniques such as detonating smoke bombs during demonstrations and chanting slogans such as “Reclaim America”, “Life, Liberty, Victory”, “Victory or Death” and “Strong Borders, Strong Nations”. Patriot Front was once known as Vanguard America. However, she changed her name after a man from the group murdered a woman at the infamous Unite the Right rally in Charlottesville.

The group once published a manifesto, part of which read: “Foreign-born persons may have civil status in state-occupied countries, and they may even be dutiful citizens, but they may not be Americans. Membership within the American nation is inherited by blood, not ink Even those born in America may still be foreigners… The nation cannot be bestowed on those who are not among the founding members of our people, and on those who are not sharing the common spirit that pervades our greater civilization and the European diaspora… In order to survive as a culture, heritage and way of life, our nation must learn that its collective interests fight against its collective threats of substitution and enslavement… The damage done to this nation and its people will not be undone if every issue requires the approval and blessing of the dysfunctional American democratic system. Democracy has failed this once great nation.”