Who died on “Yellowstone” season 4, episode 3? 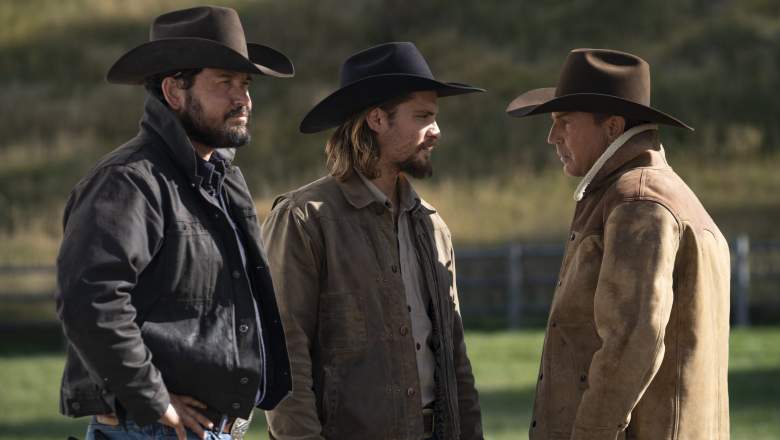 This article will contain major spoilers for Season 4, Episode 3.

At the end of Season 4, Episode 2, we learned that John, Kayce, Rip, Jamie, and Jimmy were all alive. The only characters who died last week were some of Roarke’s men, Carter’s father, and one main character – Roarke himself. Season 4, episode 3, was different.

The first people to die in this episode were members of the militia who attempted to kill the Dutton family and members of their ranch. We see them slowly being taken out (or arrested) one at a time at the beginning of the episode.

Then at the end of the episode we see the man from the casino die in a shootout with John Dutton. He was the man who boasted at the casino about shooting John in the last episode. He had been hired in prison by a man John didn’t know. John gave him a chance to live by having a gunfight with him, but of course John ultimately prevailed.

Three new main characters join “Yellowstone” in season 4. Whether they will ultimately live or die remains to be seen.

Caroline Warner is a new character who will be a new tough face to deal with the Dutton family. Jackie Weaver portrays them.

Commenting on her role, Weaver said, “Caroline Warner is the CEO of the largest investment company in the world. She came to town to fix things. … We’ll have fireworks soon. … Maybe they met their match with Caroline. “

Finn Little portrays Carter, who was also featured in episodes 1 and 2 of the new season.

Little said of his character, “On my first day, I was taken to props where I could choose an assortment of knives for Carter. Everyone just said, ‘Welcome to Yellowstone’. … It was fun to work with real cowboys. Because it’s a show about cowboys, it’s nice to have real cowboys so they really know what they’re doing and how to get it right. I really enjoyed every moment of it. “

Another new character who didn’t appear in Episodes 1 and 2 is Summer Higgens, played by Piper Perabo. She is an activist who arrives in Montana to discover something much bigger that she must protect.

Perabo said of the character, “She’s starting to learn what’s going on and her plans are getting a lot bigger … This season they are trying to build an airport and although I was protesting in the area to protest the building of is an airport a much bigger thing and much more dangerous. “